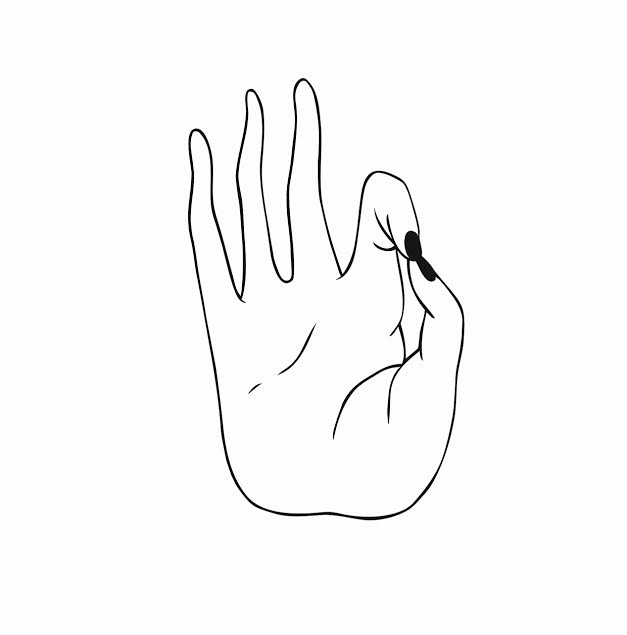 Prior to getting this record for review, I’d never heard of Dowsing. So, after a bit of initial research I’ve determined that they are from Chicago, Illinois, and that this is their third “proper” album. I’ve seen them described as “four CEOs turned bus drivers”. Interesting. 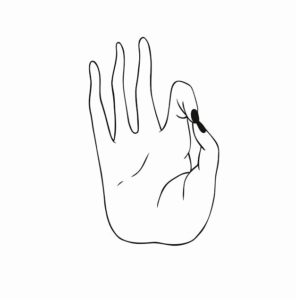 As a bit of an aside, you may well ask what ‘dowsing’ actually is. I had previously heard the term used in relation to the medieval practice of ‘seeking’ water using a Y shaped twig (or divining rod) to guide you. Yes I am from a backwater. No, people don’t really think this works. I hope they fucking don’t, but Barnsley isn’t internationally renowned for producing geniuses. I’d also obviously heard the word used to describe soaking or extinguishing flame. I think I prefer the more hocus-pocus version. It’s cooler.

OK – how does it sound? Well, it rips right out of the gates, with Wasted on Hate and Feeling Better it seems to share a good deal sound-wise with bands like Latterman, having a melodic, driving quasi-grufty punk element. More recently speaking perhaps, it would make obvious sense to draw comparison to bands such as Spraynard, but perhaps drawing on the more introspective moments of fellow Chicago band, The Lawrence Arms, Particularly from around the (ahem) Apathy and Exhaustion / Ghost Stories era. 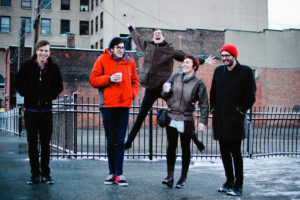 As the album progresses, the sound seems to change, almost heading toward a Very Emergency-era Promise Ring feel, going by way of Jawbreaker. Fifth track, Dissolve has shades of Lifetime meets Jimmy Eat World. As the sixth song, Finally Ghost, closes out with a self-deprecating chant of “Almost good! Almost good!” I feel like there is something quite special going on here.

Now, as another bit of an aside, as part of my research, I’ve read descriptions of this band as being a somewhat derivative or average emo revival group. I can understand this to an extent, as certain elements do feel a little familiar. As to whether this would make them derivative, or whether it means they have a solid understanding of a certain sound dynamic is open for debate by naysayers. And, face it, the punk rock scene is rife with people that love to complain and attempt to find fault where there is little to find. And how often does a truly original band come along? Really? In this wider music scene? These days? Be real, people. Everything in music, by its very nature is derivative of something else. Everything. A good deal of bands that enjoy some measure of success probably sound pretty close to others that never made it out of playing house shows in their home town. Judging by some of the utter drivel and embarrassingly one-dimensional nonsense I often see or hear people heaping praise on (The fucking Menzingers? Fuxache, man), there’s a need for people to out a bit of good, hard self-reflection, and dare I say it (of course I fucking do) exercise a bit more quality control over what they seem willing to force into their ears. 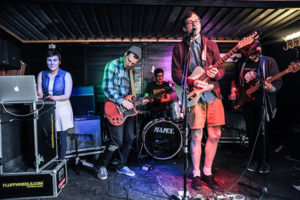 OK, back to the matter at hand. I’ve also seen this band referred to as ‘quietly aggressive’ (which I feel is a far more appropriate statement than any I’ve managed to think up myself, so mad props to whoever it was that originally made that observation), and this rings out loud and clear as the album enters its closing third on eight track, I’m Sorry You’re Great. It’s almost uplifting. Almost. Until you realise that it’s a total tear-jerker, bringing out in me an odd feeling of almost cathartic sadness, bringing to mind the Weakerthans at their aching best spiced with elements of Brandtson’s sound at the time of The Fallen Star Collection. For me, this is the stand-out track on the album, no question.

Getting on to Outside, which opens “I hope we die like we began, in a basement, with no one else around…”, I’m getting a glimpse of a band that hasn’t lost touch with the whole self-staring DIY ethic, before belting enthusiastically into what seems like out and out Lawrence Arms worship. But it’s the line “I’m on the outside, looking in on all of this” that really hits home. It sums up how I’ve felt about the punk scene for an awfully long time. That feeling of not truly being accepted by something that is by definition supposed to be the most accepting musical movement in living history. Maybe I’m giving this the whole rose-tinted glasses treatment or whatever, but I do remember fondly a time when people were more accepting. It does seem to dovetail quite well with the period before having the internet (in the UK, so back then we are talking pre-dial-up days) became the norm. Either that or my persecution complex is totally out of hand. 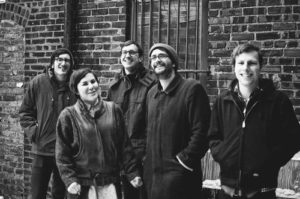 Anyway, I suppose I could sum this all up by saying if you are/were hot for any of the bands referenced above, or just really dig the first couple of Get Up Kids full lengths (Four Minute Mile and Something to Write Home About respectively, then the chances are you are going to be into this record after a couple of listens. And guess what? You lucky bastards can hear it for free on their Bandcamp page (which has all their other stuff, which I seriously need to get around to checking out!)

You folks should also note that they will be touring the UK and Ireland soon (September), so be sure to go check them out.

As usual, go check it out for yourself at https://dowsing.bandcamp.com/

Buy it from Asian Man Records on LP or CD