This year has been a dark year, both for me personally, and for the punk rock community as a whole, with several notable members passing away, including my good friend Nick Mann who sadly died after a tragic accident in March this year. Nick was the creative mind behind A Short Fanzine About Rocking (or ASFAR for short), which from quite humble beginnings became quite far reaching, well respected and influential in the UK punk and hardcore scenes. It enjoyed a good run over a period of many years, and it was so highly regarded that a number of establishments, most notably the British Library, now hold a full collection.

You can view the ASFAR Tumblr page here. In addition, you can read more on the site of the British Library. 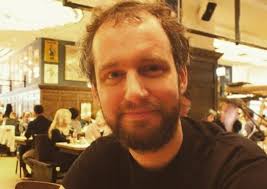 I had known Nick for 17 years, and shared a house with him and several other friends in our third year of university in Manchester. We remained in touch afterwards, both as active participants in the music scene, and friends. We both ended up living in London somehow (which probably made more sense for him than me, but hey-ho), but I drifted apart from the scene somewhat, while Nick remained quite enmeshed in it. Nevertheless, we would still occasionally meet up for curry and a couple of beers. I only wish we’d made an effort to do so more regularly. I’ve learned that life can be tragically short, so I’ve resolved to make more of an effort to keep in regular contact with distant (and not so distant) friends. It’s been pretty damn strange. Jen, his wife has been a real inspiration through all of this. Never have I known a stronger person than Jen.

As 2015 drew toward a close, we also learned that we had lost guitarist Dickie Hammond, of Leatherface, widely regarded as the most influential UK based punk rock band of the last three decades. I only met Dickie the once, when myself and Andy GI put on Leatherface in Manchester, as a warm-up to their re-union appearance at the annual Out of Spite event at Joseph’s Well the following day. This was 7 or 8 years back, mind. They’d rocked up with an odd selection of old t-shirts in a weird assortment of sizes, one copy of the Dog Disco album on CD and a few copies of their Boat in the Smoke DVD in a shitty hold-all. Somehow, I ended up running the merch table for them that night. Dickie was a true gent throughout the evening, and checked in regularly that everything was going alright. Though our acquaintance was brief, the news was saddening. The music of Leatherface had become quite a big part of my tiny life, and this experience added a bit of genuine colour to my fandom. 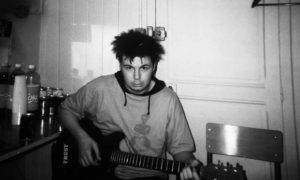 Within the same few days, we also lost a brother from across the pond, namely Brandon Carlisle of Teenage Bottle Rocket. This guy and band I had never met, but acquaintances of mine had played with them, or toured with them. I owned several of their albums and had the pleasure of seeing them live when they passed through London a few years back, on one of the rare occasions I got off my arse and went to a gig in the last few years. Another guy that passed on way too young. 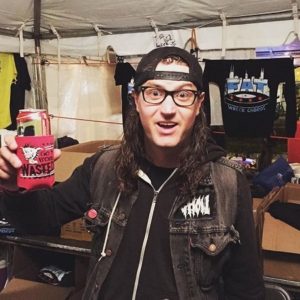 So I suppose here I am now starting this blog as something of a tribute to both those that have passed on, and those that put in the effort to keep the music we love in our hearts and minds, clichéd statement though it might be.

Yeah, it’s fair to say it has been a shitty year or so for many reasons.

However, I finally feel like I’m getting the upper hand in my ongoing personal wrasslin’ match with depression and it’s a revelation. While I’d hardly say I’m enlivened and envigorated by boundless optimism and enthusiasm, I am starting to get my shit together, I’ve got a new job, and my self-imposed exile from society is about ready to be phased out. I feel ready to do stuff again. This will hopefully include a semi-regular return to DJing the Refuse to Lose (RTL) night in Manchester amongst other things.

Watch this space. It’s sure to be an embarrassing and bumpy ride. Best buckle up, like.