Oi oi! This is the first in a series of articles intended to introduce the Apathy & Exhaustion writers to the readers… by way of answering some set questions…

Introducing that ‘tall lad’ from gigs, Alex Phelan. Alex is an old pal from the Manchester punk scene. I first met him at the old “Thursday night punk room” I used to DJ at Jilly’s in Manchester. He used to run a night called Punk n’ Stein at the Bierkeller, and also did semi-regular sets with me at Jilly’s. 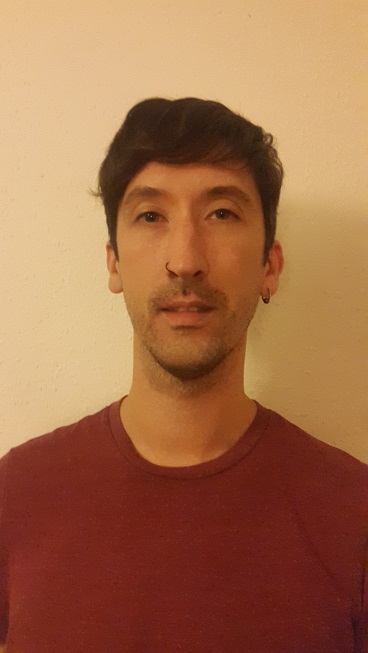 1. What was the very first way that you became aware of punk? i.e. what was your first encounter with punk
I guess you could say it was listening to Nirvana in my neighbour Rick’s bedroom when I was 9. But I do remember seeing my brother’s Never Mind The Bollocks vinyl when I was 4 and thinking “what does that mean?”.

2. How did you get into punk / alternative music?
My friends started listening to Blink 182, Green Day and The Offspring when we were 15. I was still adamant that Ibiza Trance was better but eventually I caved and I haven’t looked back. Well, maybe the odd glance.

3. What was your first gig?
In terms of actual real proper bands it was New Found Glory at Rock City, Nottingham in 2001.

5. Were you in a band while at high school or college? If yes what was the name, and how bad did you suck?
Yes. We were called Nathan’s Brain. We were the actual worst thing ever.

6. What is the biggest influence that punk rock has had on you as you’ve developed as a person?
Punk has guided pretty much most aspects of how I look at life. I’m not saying I always do things “the punk way” but I consider every decision through a punk lens.

7. What has punk rock caused you to question most about the world we live in?
Why are so many people insistent on being cunts to other people?

8. What was the most recent gig you went to? (any genre)
The Bronx at The Venue in Derby

9. What was the last record you listened to? (any genre)
Nonstop Feeling by Turnstyle

10. Do you geek? If so, how?
I geek over football if anything, and over punk to an extent.

Modern Life Is War – My Love, My Way
Hardcore has never had so many feels

Deftones – White Pony
Nu metal? Fuck off is it

Weezer – Pinkerton
It’s the best Weezer album. What more do you want.

Avail – Over The James
This is how to be a hardcore band.

Introducing Emily Johnson, an old pal and drinking / curry buddy of mine. She used to be a ska promoter (Ska Bar at Retro Bar in Manchester) and ran a ska punk club night (Bomb Ibiza), as well as doing semi-regular sets at my “Thursday night punk room” at Jilly’s in Manchester. These days, she has a nice dog and a well responsible job.

1. What was the very first way that you became aware of punk? i.e. what was your first encounter with punk
My Dad had ‘Never Mind the Bollocks‘ on vinyl and I was always excited by its colours and the swearing.

2. How did you get into punk / alternative music?
I was an indie kid, who quickly discovered she liked faster and louder music. Bands like Ash, Idlewild and Feeder really transitioned me in the right direction.

5. Were you in a band while at high school or college? If yes what was the name, and how bad did you suck?
No – but I was in the choir and did lots of European tours. Vocals are really important to me in music as a result, and I absolutely love harmonies.

6. What is the biggest influence that punk rock has had on you as you’ve developed as a person?
Mainly the people I’ve met through it – including many of my best friends, and arguably my husband (I was wearing a Capdown t-shirt, he was wearing a NOFX t-shirt).

7. What has punk rock caused you to question most about the world we live in?
Levels of discrimination, inequality, and lack of diversity. Also the irony of a genre that focuses on those things, but then often criticises what people wear

8. What was the most recent gig you went to? (any genre)
Gecko (acoustic folk / reggae / comedy) at the Castle in Manchester.

9. What was the last record you listened to? (any genre)
I think it was LEJ – En Attendant l’Album (a French trio who do vocal mashups).

10. Do you geek? If so, how?
I exclusively read fantasy fiction and have a tattoo in elvish.

1. Radiohead – The Bends
Radiohead were the first band I really fell in love with, and made me define myself as someone who music was really important to. This was always my favourite album, but I also love the way they have evolved over the years and challenged styles and genres.

2. Queen – Greatest Hits II
I grew up listening to Queen, but my love for them has only grown since meeting my husband. This album is standard fare at any house party with any of our friends, and we have a canvas of Freddie live at Wembley on our living room wall.

3. Sublime – 40oz to Freedom
Simply the most influential ska / reggae record of my era. We will never know what else they would have contributed to music if Brad hadn’t died – but this is still one that comes out every summer and makes me smile.

4. The Cat Empire – Two Shoes
After years DJing and promoting, I fell out of love with music for a good year or so. It had become a job and a chore. Discovering this band at Glastonbury one year really re-awoke me… And also made me a lot more aware that I like music that is on the fringes of several genres…. And actually just defines itself by being well-written and well-played.

5. Capdown – Civil Disobedients
This band defined my teenage years and influenced every band I listened to and worked with as a promoter. I saw them again at Boomtown last year and they still made me sing until I lost my voice.

6. Streetlight Manifesto – Somewhere in the Between
Because no ska/punk band writes as cleverly as these guys. Their horn section raised the bar for absolutely everyone, and they are just a delight.

7. AFI – The Art of Drowning
Whenever I want to feel angst this (and probably Bad Religion or RATM) are my go-to records. As I love melodies I always loved this record more than their ‘more punk’ offerings. It makes me feel like a teenager all over again.

8. Bruce Springsteen – Born to Run
I know it’s fashionable to love Bruce these days, but this is another record I grew up with and simply never fell out of love with. He really is The Boss.

9. Nirvana – Nevermind
A couple of times a year I put on this record and am reminded what a difference it made to me in my early teens. Also being told off for having it turned up too loud. Absolutely holds the test of time.

10. Rancid – …And Out Come the Wolves
I really identify Rancid and NOFX as being two of the bands that have unified me with most people in the scene over the years – and Rancid do tip it as my favourite. The baseline in Maxwell Murder still blows my mind, even all these years later.