It would be far too easy, especially upon hearing ‘Sleepless’, the opener to Departures third album, to describe them as the UK’s answer to Touché Amoré. But then again, I do like to make things easier for myself – and they DO sound like Touché Amoré at least initially if not consistently – look it just gives you some kind of idea of what to expect, OK? Fine. Good then. I like Touché Amoré anyway. 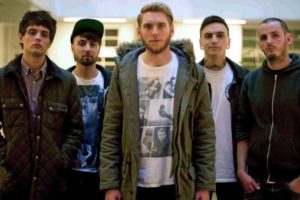 Departures undoubtedly have a certain something to their sound which is really very enticing and is very different to the aforementioned peer. ‘Sleepless’ is really more of an intro, and when they move into ‘The Last Dance’ your ears are treated to a rather serene riff, which although heavy seems to drift elegantly across a carefully chosen progression with vocalist James McKean’s wholehearted delivery riding alongside.

Their songs have this intoxicating momentum to them, and whilst Departures’ style doesn’t exactly shake the world of emotional hardcore to its core with originality, this is nevertheless a British band producing an album which is a top drawer example of this form of music. That’s nothing to be sniffed at. 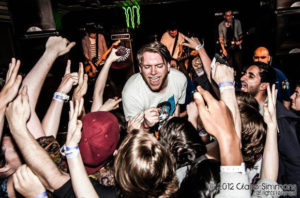 ‘In Colour’ delivers this seductively simple melody, but there’s really nothing simple about how much attention has gone into crafting these tracks. They don’t dive in for the hook – they barely need one as the guitar parts throughout are so damn lovely. There’s something reminiscent of Modern Life Is War here – hardcore with a real art and majesty behind it.

‘Broken’ is pretty close to being a straight out melodic hardcore track, which drops into its chorus deliciously, shifting pace as it tumbles across chords and McKean’s cries. ‘Death of Youth’ has this great intensity around it, and the different sections that make up ‘Lost’ flow into each other effortlessly without feeling clunky, as these busy little riffs keep the gears moving in the background. 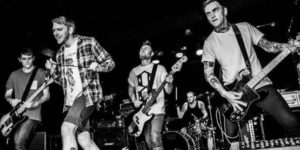 Perhaps Departures could do with being a little bit more daring though. This album does feel a little like it’s written to a recipe, with the obligatory slow-building-intro-into-big-second-track, instrumental number three-quarters of the way in, and the lyrical sentiments which are largely generic (although the vocals themselves, like the guitar parts, are expertly structured).

This full length does everything to show Departures can stand amongst their peers tall and proud, but beyond that there’s more work to be done.