For serious. You spend a few years away from listening to much music, and a load of good stuff mysteriously passes you by. After years of being mega-clued-up, I became kinda disillusioned and stopped paying any attention to music whatsoever. Jumping back in can be pretty bewildering, and overwhelming. I feel kind of like there are a good 4 or 5 years for which I’m not going to be able to fill the gaps.

But, having said this, there is something exhilarating about it at the same time. Having broken out of the grip of a severe ‘mental funk’ which had been overshadowing my existence for some years, in some regards, it’s almost like discovering the world anew. Doing this blog, and in particular getting to do these articles where I’m doing a bit of a retrospective on a record label being a case in point. Part 1 of this extravaganza can be found here… 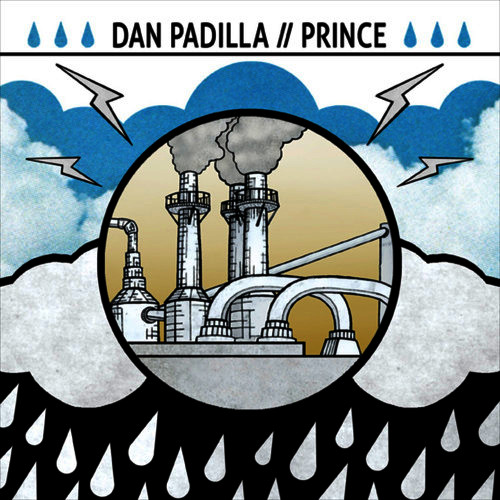 Dan Padilla is a punk band from the people’s burrito republic of San Diego. And not Dan Padilla the actor. Or so the internet tells me, at least. They also have some member(s) of the mighty Tiltwheel. So, then. What the hell are these guys doing… doing a split 7in with Prince? Well, they aren’t, or at least not the purple velvet dwarf (who sadly popped off this mortal coil relatively recently). The Prince in question here is the pop punk band of the same name that hails from Austin, Texas. Although, I suspect there is no photographic evidence to suggest both “Prince” acts have ever been in the same place at the same time, so you tell me… And for that matter, what about the two Dan Padillas… 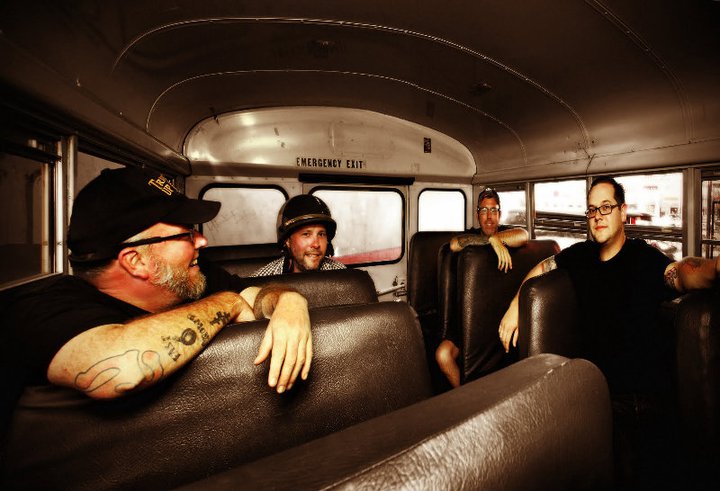 So what can you expect from this split? Well, the Dan Padilla stuff is kinda reminiscent of the J Church school of melodic pop tinged punk rock. If you are a big fan of Jawbreaker’s Unfun, then you’ll dig these songs. It’s also the last recorded stuff that Dan Padilla are doing. 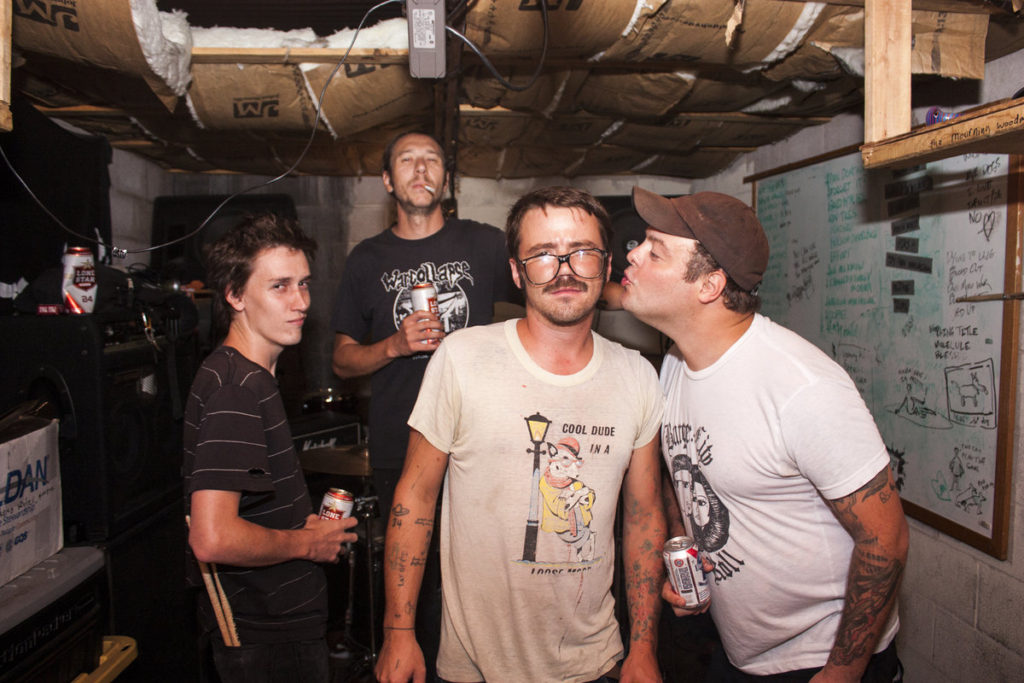 The Prince side does not feature any kind of glam-funk fusion, obviously. We already cleared that one up. It’s actually skirting along that territory that could best be described as Dillinger Four rocking Screeching Weasel jams. So kind of sounds a great deal like a poppier garagey version of Dear Landlord, or something like that. It’s pretty cool, like. You can purchase this summery slice of joy from DBR right here.

You can also listen via bandcamp here 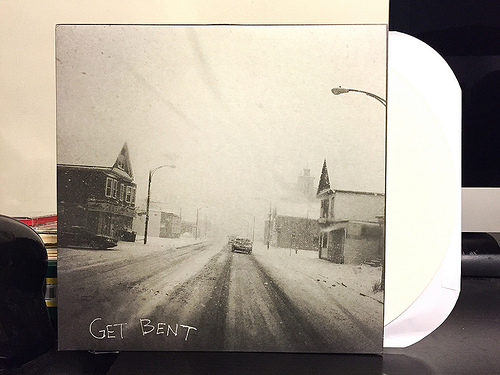 This is what I can only describe as a very pleasant surprise. There’s a really ‘immediate’ feel to this, and it’s rockin’ my damn socks off. This must’ve been 2008’s best kept secret, in a similar way to, say, The Shorebirds when they were around! The band featured members that went on to form Iron Chic and State Lottery, amongst others. This discography collects everything they did (10 tracks plus a bonus tune). Mike DBR was apparently in this band too…

Small wonder then, that it sounds a lot like a more direct version of Latterman, or RVIVR, or something like that. There’s a wonderful element of No Idea Records era Small Brown Bike here, which couples super well with a Jawbreaker vibe circa 24 Hour Revenge Therapy. It’s clear then, that these guys were part of an amazingly wide pool or family tree of hugely talented bands and musicians that together have managed to be hugely influential on many aspects of today’s punk rock sound. I’d go so far as to say that this would be an essential purchase for fanciers of grufty, melodic punk. Seriously, there is so much awesome here. I love it when bands craft their songs to this kind of standard. Serious head nodding, toe tapping, finger pointing, shout along stuff. In particular that refrain in Barback Mountain: “I don’t feel fucked like this forever!” 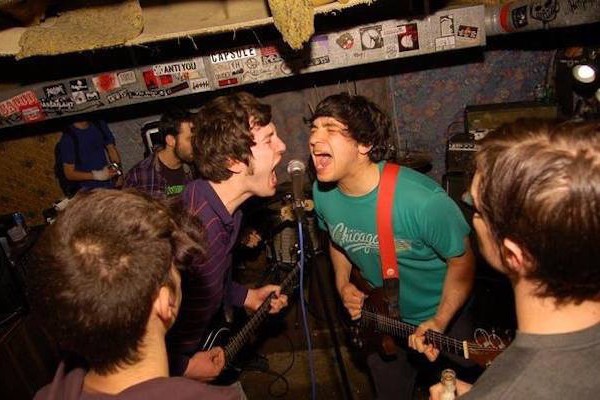 It’s a collection that elicits inflamed passions, visions of touring in a shitty van, but somehow having an awesome time. I’m weirdly put in mind of when Latterman played at Roadkill Records one Saturday afternoon around 2007, and we crammed a whole ton of people into a relatively small space, and everyone had a blast. Cool memory. It’s that kind of life affirming vibe.

You can purchase this fucker right here

You can stream it on bandcamp here 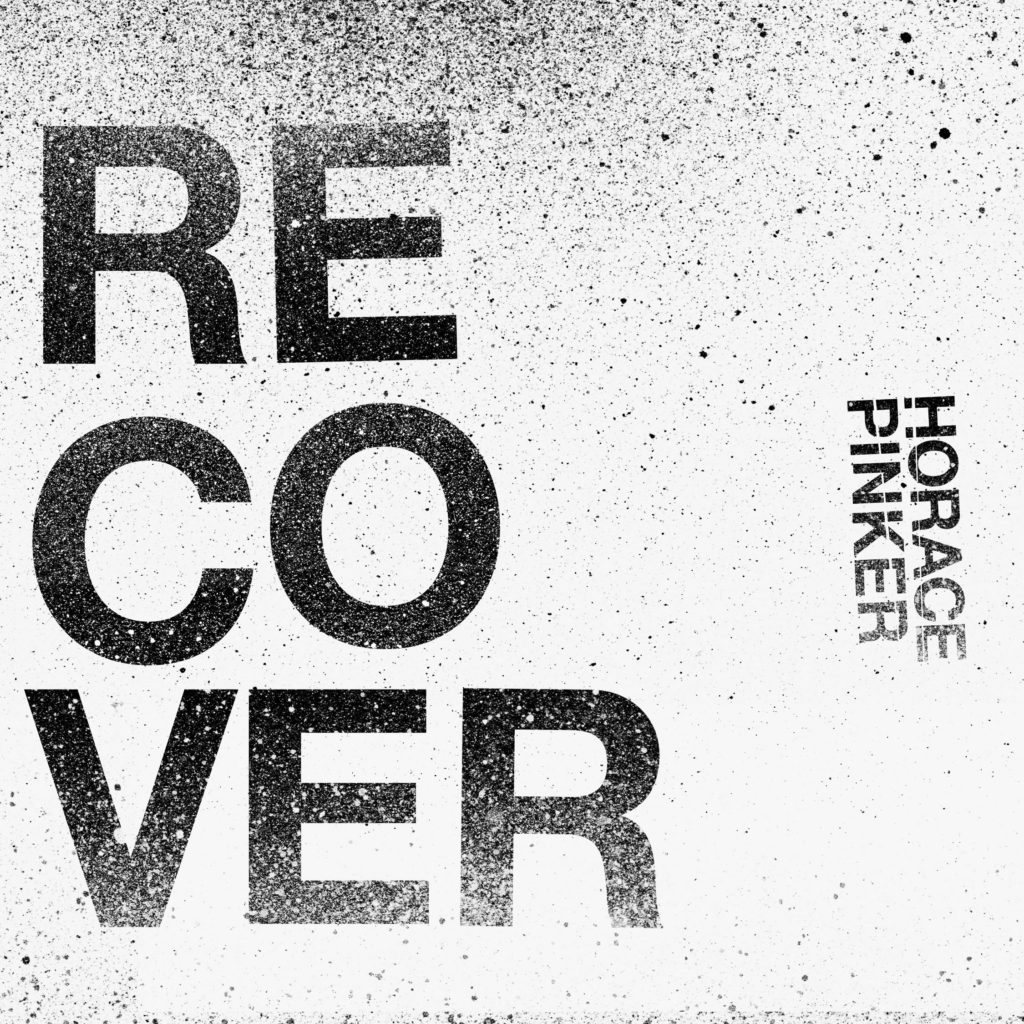 Horace Pinker are one of those bands that have been around since forever, basically. Or at least, 1991. So, a good 25 years. They are named after the supernatural villain from that Wes Craven horror film, Shocker (1989). Dude was sent to the electric chair. I’d kind of forgotten this film even existed – but, when I was in my early teens, the video rental store were a bit lax about what they rented to minors. Probably, that place was a front for drugs or money laundering or something. I remember there being a hair salon in the back room too. I do not know why. Anyway, this was one of our favourite films around that time. They have at times featured Jeff from The Bomb, and Chris Bauermeister from Jawbreaker. 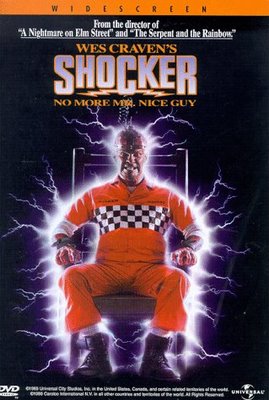 Soundwise, this is pretty much pop-punk in the tradition of Naked Raygun, early Lookout! Records stuff and early Jawbreaker (but not specifically not Bivouac – we don’t talk about that record). For those that know, there’s also a kick of Ned’s Atomic Dustbin in there too. If this type of thing is your bag, you can’t really go far wrong with the three tracks on this puppy. 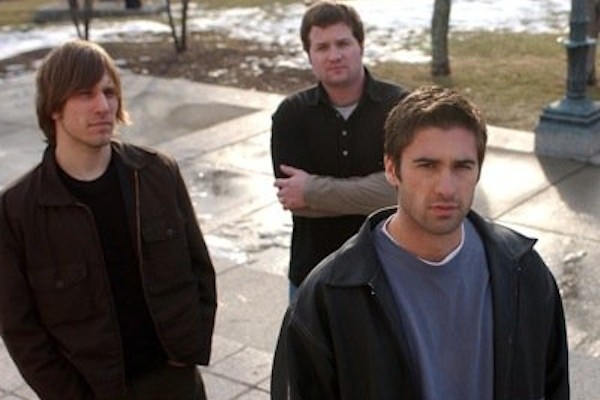 You can listen to it on bandcamp here 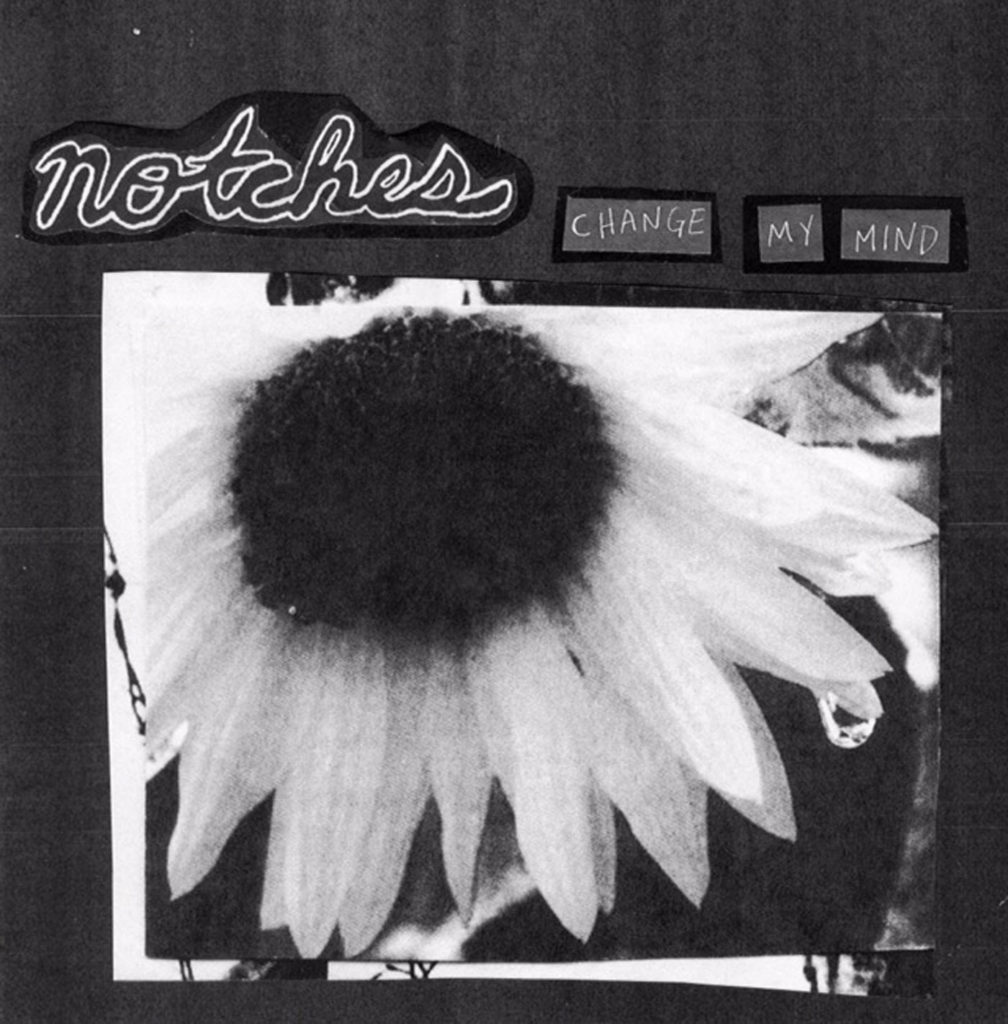 These guys hail from New Hampshire, and they are pretty good. This EP is a cassette only release, but it comes with a free download code. It’s the follow up release to their album, High Speed Crimes, which you can check out on their bandcamp page along with all their previous 7in records. 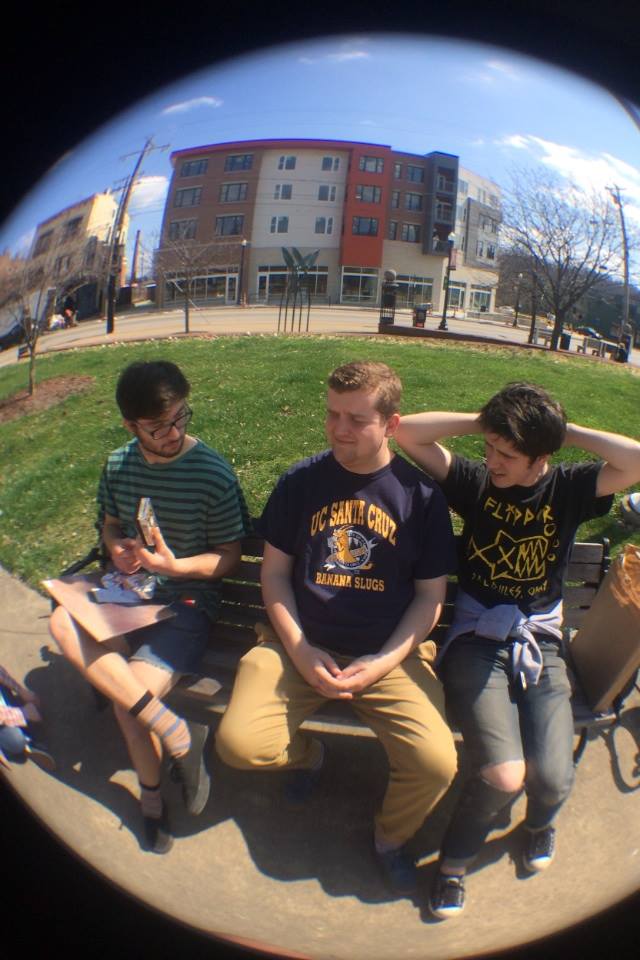 Notches mash up lo-fi indie rock, punk and grunge to produce fine tasting stew of awesome. This has a rather nice, chunky, energetic sound reminiscent of Bakesale era Sebadoh, or maybe Where You Been? by Dinosaur Jr., but passed through a kind of Epifat style filter. It’s all carried off with bombastic aplomb, from the fantastically titled opener, Generic Sad Person, to finisher, Don’t Speak. You basically get 5 tracks of next level brilliance in nice 2 minute bursts. 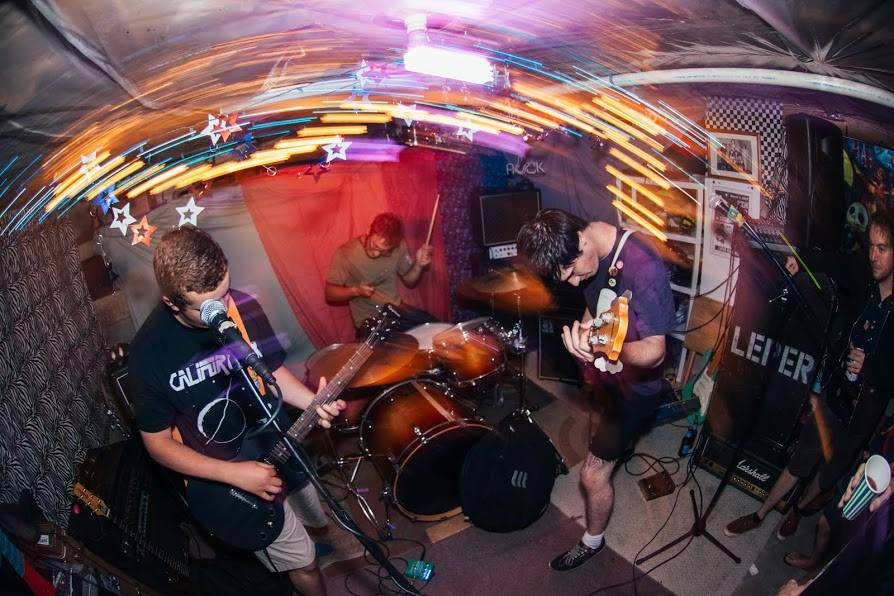 I am mentally filing this crew away on my “awesome new discoveries” list, which I’ve just decided to start keeping. What I’m basically trying to tell you, and doubtless failing to communicate, is that you need this sunnuvabitch in your life.

Stream this muddafugga right here on the DBR bandcamp page, you idiot!

You can buy the cassette here from DBR (with free download). Mike DBR has confirmed that the 7in version is coming soon! 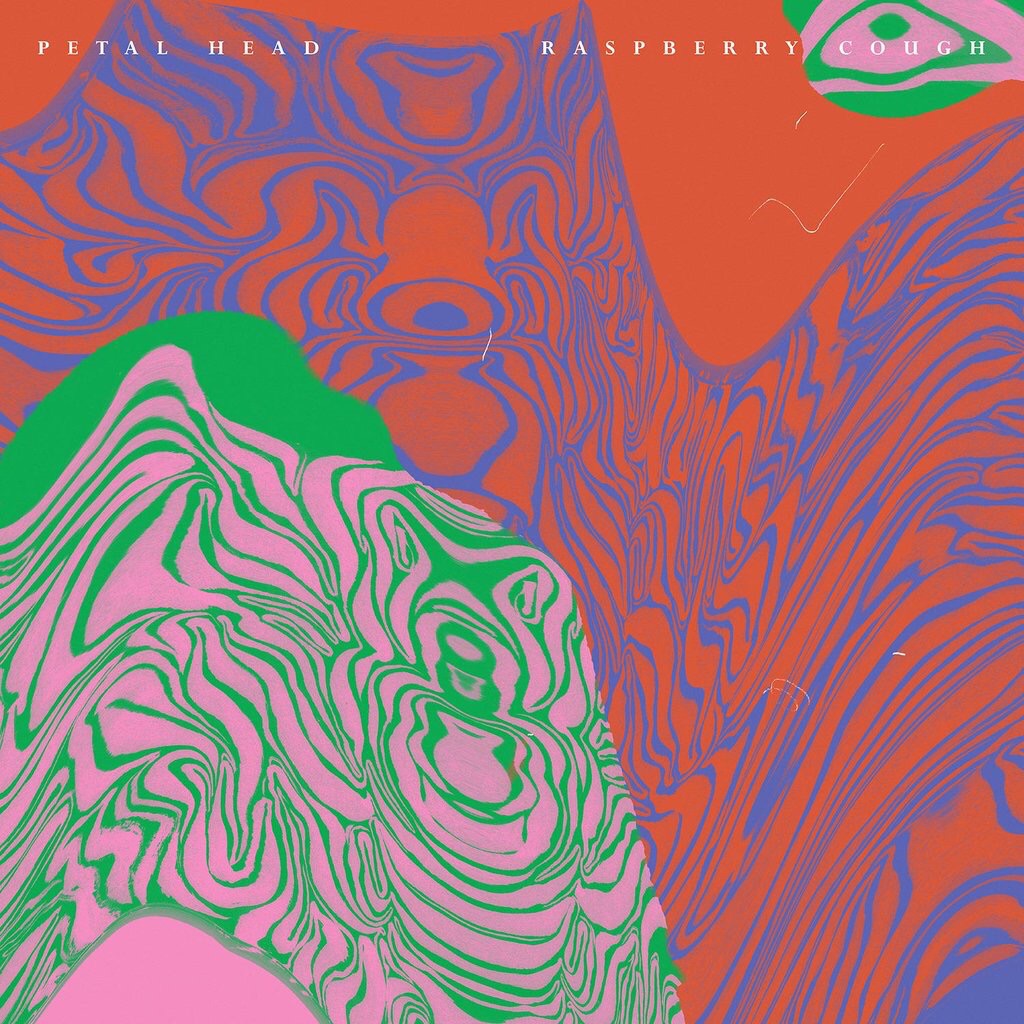 This one is a bit of a departure from what I’ve come to expect from DBR. I suppose this one would fall into the wider realm of stoner rock, which I’ll be honest, isn’t something I know a whole load about. I’m just not one for smoking blunts. I prefer a nice refreshing pint of ale or nobby craft beer. What’s a brother gonna do? I’m just not freein’ the weed or whatever.

But don’t be totally misled. I know enough to be able to tell you what’s going on. This is kinda like High On Fire or Torche or someone like that ripping through My Bloody Valentine jams. It’s actually pretty good, too. It’s definitely got that huge, loud, crusty, grooving, deep pitched rumble that you’d expect from a decent stoner band. It’s also got that kind of dreamy-yet-dreary shoe-gaze feel that you’d get from as I mentioned, MBV, Slowdive or Mojave 3 or something like that. There’s a whole lot of stuff going on here. There’s elements of that Sabbath nouveau-vintage metal style that Baroness hit out of the stadium with mucho gusto every time they release a record. There’s also this dark, Electric Wizard thing they’ve got going on too. It’s all kind of tempered by the kind of vibe you get from that band Nothing, only not in that way that makes you feel like people that wet the bed and cry themselves to sleep would listen to it. Not that I dislike Nothing or anything, I actually think Nothing are pretty cool, but this is like the opposite end of the spectrum to that. 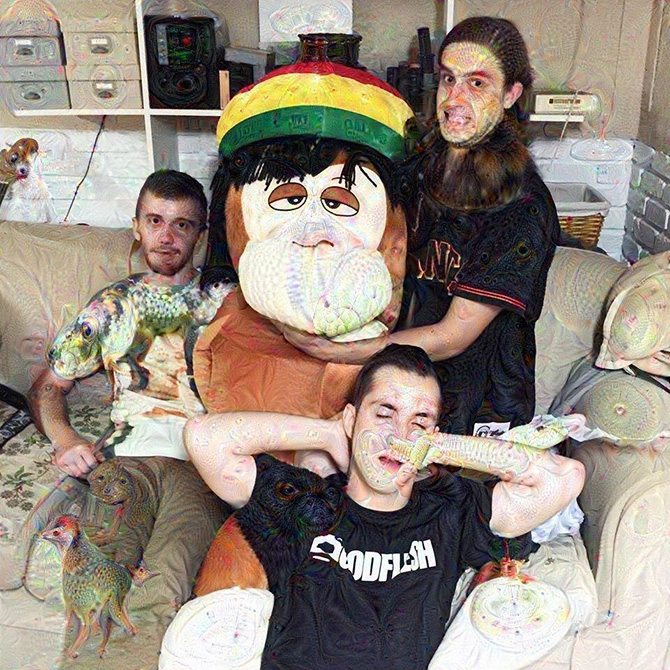 It’s pretty genre busting, and I can imagine a wide range of folks getting a real kick out of this. I bet they are fucking loud as a bastard live. Call it what you want party doom, shoe-gaze punk, whatever.

Stream this one here on the DBR bandcamp page