What up, my punky little peanuts? This is the last installment of our three-part intro to Dead Broke Rekerds. So we have a whole other tranch of releases here from the last year or so. There’s some of that good good magical listening stuff to be discovered right here, so read on, you intrepid explorer of audio delights, you!

Rat’s Rest – On The Eastside 7in 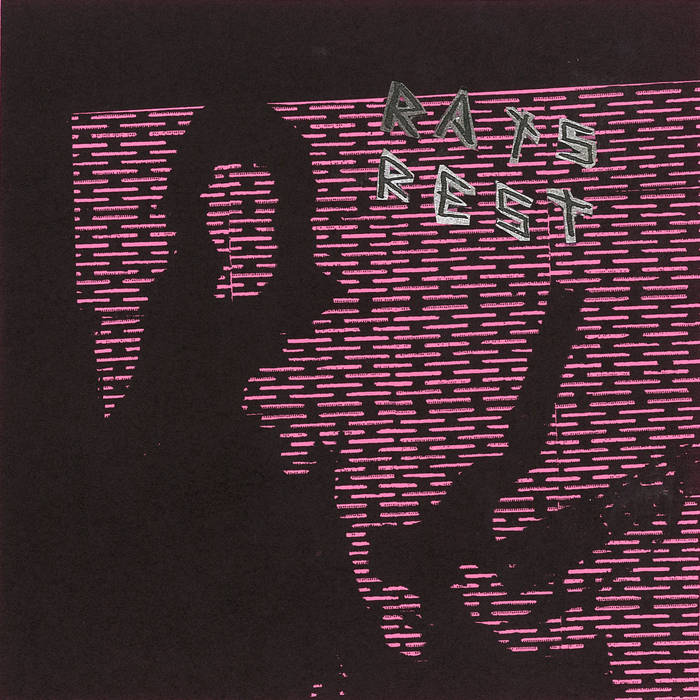 This sounds exactly like Leatherface. Not in a cheapo knock-off way. It’s fucking brilliant.
Listening to this, it could so easily be Leatherface, it’s uncanny. However, they are from Kansas City, Missouri (a mid-western town in the USA), not Sunderland, a coastal fishing town in the north eastern UK)! It’s all here, from the gravelly vocals to the gnarly, melodic lead guitar breaks and choppy riffs. 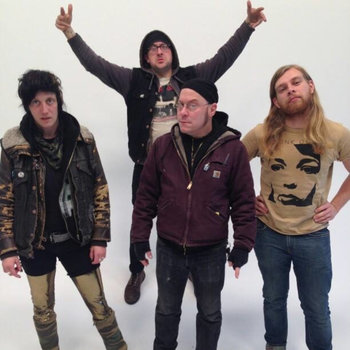 Basically, if you like stuff like Leatherface and the Beltones, then you’ll find a lot to appreciate here. If you are the kind of Philistine that does not appreciate musical greatness of this kind, then you’d do well to avoid it. But remember, I like this, I am renowned for having great taste (at least in my own mind), my word is law, and your opinion doesn’t count. Well, it does, and you should form your own opinion, of course by checking it out on their bandcamp page where you can also check out the rest of their shiznit. If you are down with this shit, rest assured, you are a right-on motherfucker of the highest calibre. In which case you should hit up Dead Broke to buy the clear green 7in, which comes with a free download 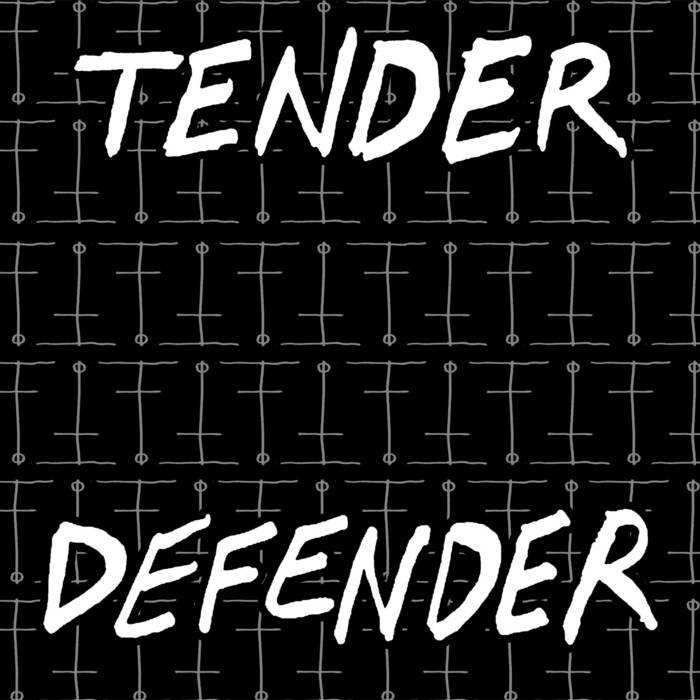 It’s another ex-Latterman band! Unsurprisingly, sounding almost exactly like Latterman in places. Which I really like, being a massive Latterman advocate, as documented elsewhere on this blog. It’s got (by default) folks from Iron Chic, Bridge & Tunnel, and RVIVR involved. So we are obviously talking good pedigree here.

I have to say I’m digging the (at times) incestuous nature of many of the DBR bands. It speaks to me of a really creative, mutually supportive scene, churning out a lot of high quality projects. I suppose some people just can’t stop themselves from writing music… I dunno, maybe I view this in something of a romanticised manner, y’know, having like, zero talent myself… 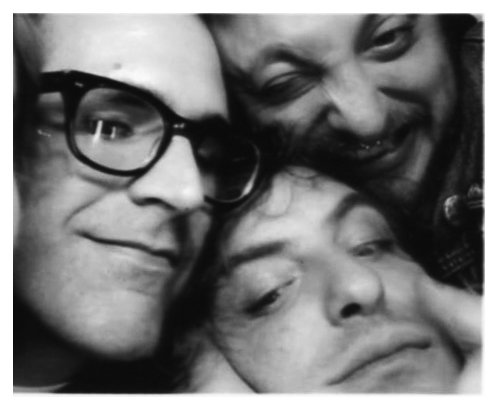 So I said before, in places, this sounds a good deal like Latterman. But it also goes to other places too. Wannago gets into pretty sludgy stoner territory, for example. But my heart is well and truly with the more traditional rabble-rousing numbers, like f.e.f.e (fuck everyone, fuck everything) that make me want to ping of the walls, yelling and triumphantly raising my fist (which, I have to face it, would be pretty embarrassing if anybody saw me). Not as if my colleagues don’t have enough reasons to think I’m an alien… But yeah, I find something really uplifting about this shit. I particularly found some sort of bizarre solace in the following couplet:

“I’d like to love everyone, and love everything,
But I’m a human being, and not a fucking sheep”

Which makes me feel OK about being a reasonable person, with the ability to exercise quality control over the things I listen to, and to have opinions of my own, and stuff.

Another source of appeal for this one is that it feels weirdly relatable. Kind of written by people like me, for… people like me. Almost like the music is accepting me in a way that many real people never would or ever will do. Or something. Yeah, I’m ruminating and rambling. But, anyway, back in the day when Latterman played Roadkill Records, those dudes were fucking cool and down to earth.

Which reminds me of a totally unrelated story. Some dude from Long Island was in the UK on holiday or on tour with a band he wasn’t in. He knew the Latterman dudes. He got very excited and was bouncing around the store as he’d bought one of the last remaining copies in existence of Avail’s Satiate on vinyl and was super-stoked. He left his bank card behind. We had no way of getting in touch with him. If you are that guy, and are for some weird reason reading this, er, yo dude.

So, er, silly stories aside, you should go and check it out on Bandcamp, innit. 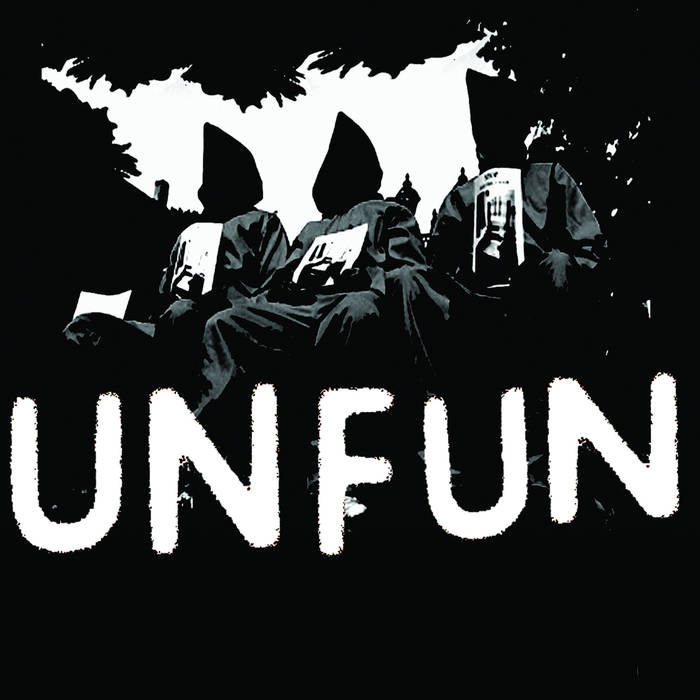 Unfun were from Vancouver, the much respected hotbed of Canadian hardcore punk. This was their final album. Now sadly defunct.

This has a really fuzzy, gritty feel to it. So scuzzy. It kind of has that gnarly, nasty guitar and vocal tone that Planes Mistaken For Stars often get so right, but this is also tempered with a touch of classic indie rock ala Weezer, and, of course, I have to say it, the indie tinged pop punk of Jawbreaker’s Unfun (which surely must be where the name comes from, right?). It also has that kind of retro shoegaze revival element going on in places, but more from The Jesus & Mary Chain around Psychocandy rather than that of, say My Bloody Valentine or Slowdive. 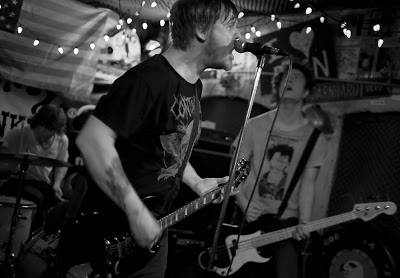 Waterboarding is a very emotive record. Raw and searing stuff. This is definitely the kind of thing that could put a motherfucker on a bit of a downer if they were to listen to it in the wrong mood. It’s proper good, though, so don’t let that put you off. Gut-wrenching, heartbreaking stuff that evokes feelings of unrequited love and impotent rage in that kind of Dead Reckoning era Small Brown Bike kind of way. You could imagine these guys properly going for it in their practice space and just ending up blubbering and angry wrecks.

Vacation – Back to the Land 7in 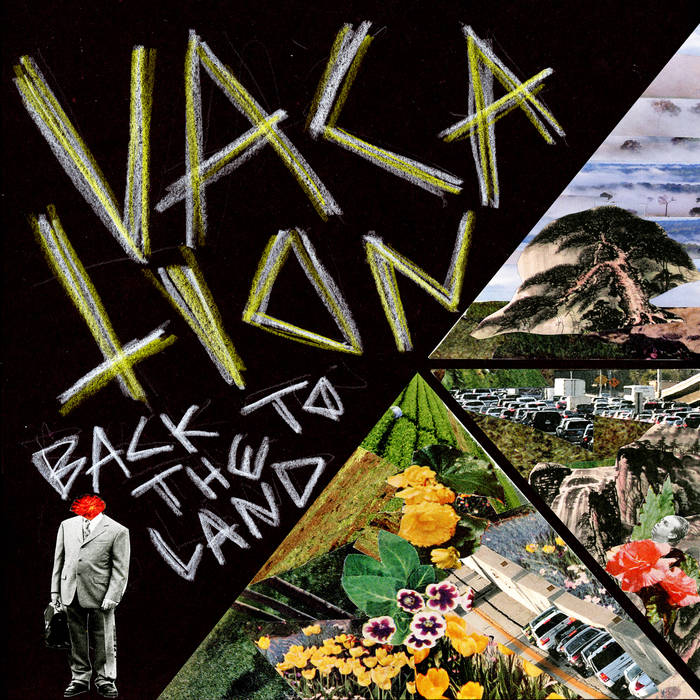 Vacation are apparently from Ohio. This 7in features quite sonically different versions of their track, Back To The Land, which is from their Candy Waves album which is out on Let’s Pretend Records.

This is pretty lo-fi sounding stuff. I can imagine when I was 18 (so, like 21 years ago), I would’ve been all over this. As it stands, at this point in my life, I’m not sure how much room I have for this. I totally understand what people might get out of it, though. It has that kind of surfy, Beach Boys meets the Ramones pop punk vibe going on that The Queers do real well (and, controversially, I really like the Queers), only this seems to be jumbled up with Guided By Voices and The Strokes, and sounds like it was recorded in a tin shack. 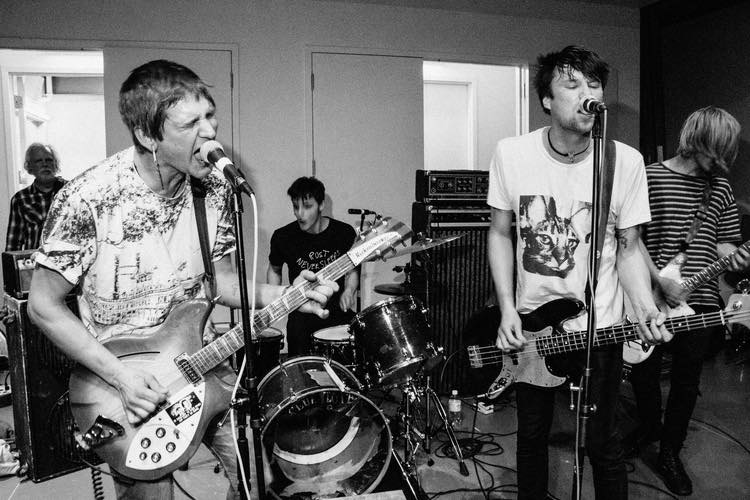 If you dig Vacation anyways, I can see this as being nice to have from a completist point of view, for a collection or whatever, but I’m sorry to admit that I’m fairly ambivalent to this one. I’m not sure I ‘get’ where it’s coming from. But whatever, don’t take my word for it, go check it out on Bandcamp, as you might like it

You can also grab it from DBR here

Witches With Dicks – Not Just A Passing Season 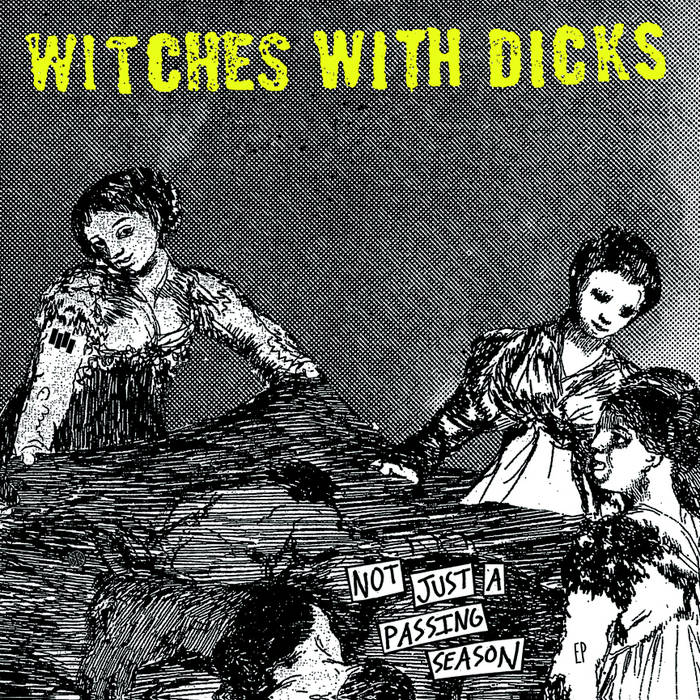 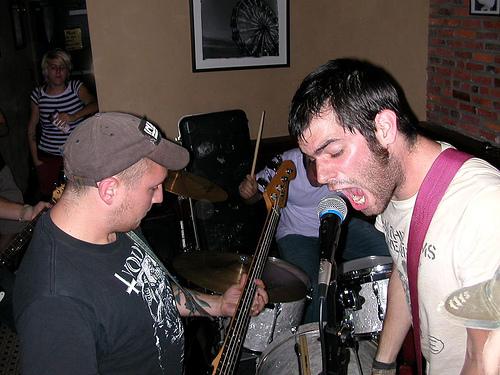 Anyway, I got their album, Manual from my friend Andy GI’s distro. I thought it fucking ruled so much. In a kind of cack-handed Dillinger Four worshipping kind of way. Which, y’know fucking rules. I get a bit confused here, but I think there may have been some kind of UK tour planned, but they split up or something. I remember being totally bummed out because I would never get to own a Witches With Dicks t-shirt or get to see them play live.

Anyway… personal regrets and irrelevant nonsense asides, roll on a few years, and we have a new mini-album! Cause to celebrate! This is more of the typical Witches With Dicks up-tempo punk rock as seen/heard on their previous releases. Satisfyingly enough, they appear to have gone through absolutely no progression whatsoever. Which is exactly what you want from a band with this kind of sound… 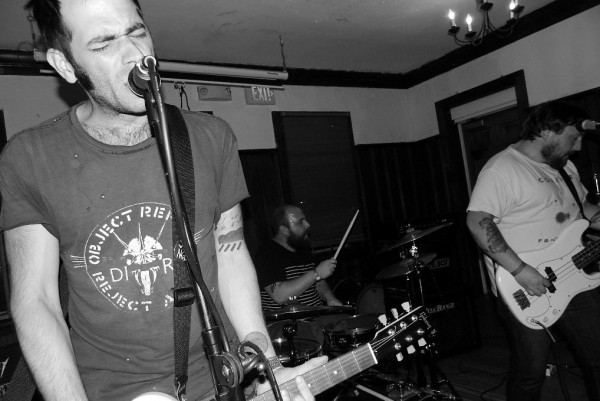 …which has Minneapolis and Chicago and places like that written all over it. Full-on, balls-out punk rock. It’s short and sweet. These guys just scream out “awesome, silly basement shows”. I already mentioned Dillinger Four, but this band sits squarely (or triangularly?) between D4, Pegboy and Off With Their Heads. So, er, what’s not to like? Listen on Bandcamp here

Buy the 1-sided 12in from DBR here. Because it’s well good, you fool!