Alrighty, welcome to part two of the introduction to Drunken Sailor Records feature. They are a label based in Stoke, run by Julian ‘Juice’ Stevenson. Part 1 served as something of an interview, where Juice talked a bit about the label and his background in punk rock. Go and have a read, he’s got some interesting stuff to say.

Anyway, this article will begin to take a look at what DSR have released over the last year or so. As I did with Dead Broke Rekerds (with whom DSR did some co-releases), I’m gonna bash these out a few at a time in alphabetical order (rather than chronological).
Hear me now… 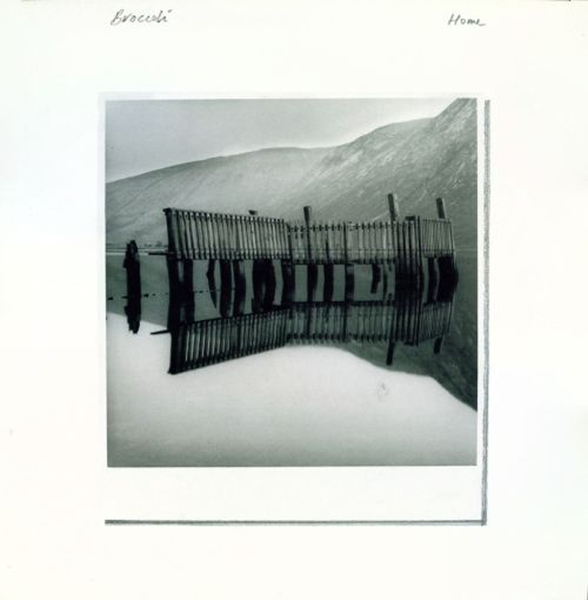 OK, I don’t typically tend to review reissues, like, but this one is definitely worth the spin. Originally released in 1998, reissued in the year of vegetables, 2016. A load of people won’t be too familiar with Broccoli unless they are around my age or older, but they have been around in one form or another, under various guises, since their inception in Dundee around 1991. They’ve been recorded by the likes of Frankie Stubbs (Leatherface). They’ve had stuff released by legendary UK labels like Crackle!, Speedowax and Rugger Bugger (amongst others). They’ve played with the likes of Jawbreaker, Leatherface, The Get Up Kids and Rancid. And one of them nearly got murdered in Bremen, Germany. 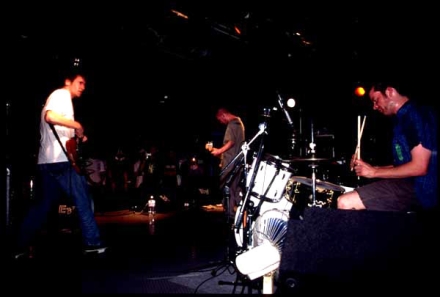 Anyway, this record was/is a classic, and for my money, is a fine example of melodic British punk, following in the fine tradition of Leatherface but spiced up with your classic post-hardcore sounds ala Texas Is The Reason, and also an indie-punk kick in the tradition of Mega City Four. You don’t even need to take my word for it being great. You can buy it on black wax (the first 100 were on clear vinyl) from Juice here

You can check this out right here on bandcamp

I feel like I should add in some kind of crap anecdote. Back in the day when I used to DJ the Thursday punk room at Jilly’s Rock World in Manchester, there was this girl that used to come. She was usually pottering about in a tiara, and she always bragged to me (for no reason that I could fathom) that her boyfriend was in Broccoli. To which I could only reply “er, well done?” I once saw her appear on the Weakest Link (or some quiz show like that). If this person is you, and your boyfriend is still in Broccoli, hello. Are you / were you the Weakest Link? 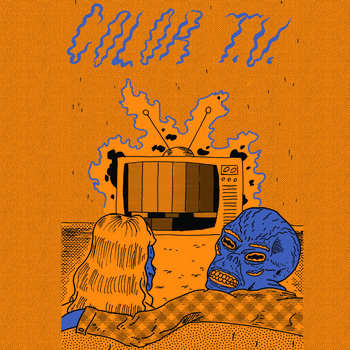 This immediately appealed to me. It’s energetic, it’s balls out. For want of a better description, this sounds kind of like as The Briefs had released Steal Yer Heart in like 1983.

It’s got this cool kinda New Bomb Turks meets Dischord era Dag Nasty meets The Hives (before they went shit) sort of vibe going on. Maybe with a dash of The Dwarves, too. Top quality pop punk / powerpop, which even though I just described it as kinda 1983, it feels pretty relevant. 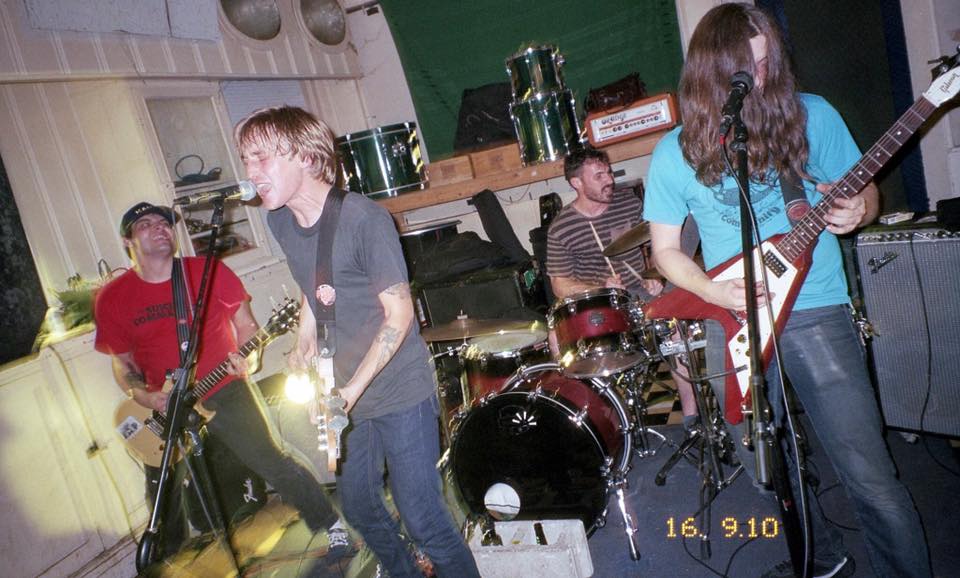 Color TV are from Minneapolis. This fact alone should sell this record, as Minneapolis is a real hotbed of awesome bands. If you really dig The Professionals and The Exploding Hearts and stuff like that, you’ll be wanting to get on this right now. There’s no reason not to, as it’s streaming on bandcamp right here

You can also pick up the 7in direct from DSR here 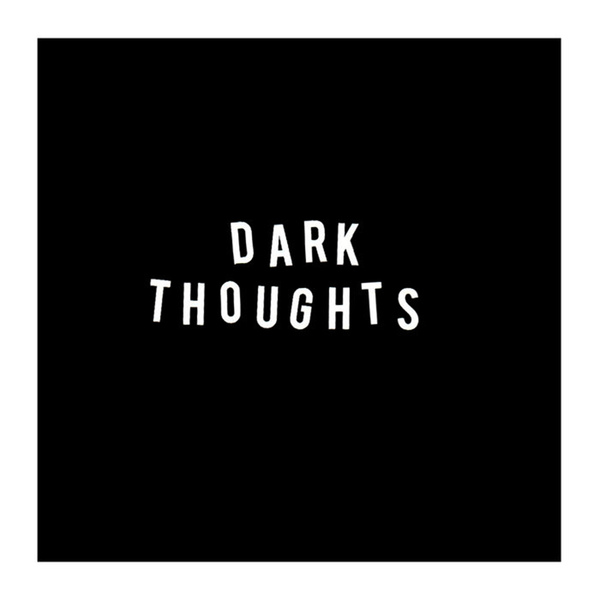 Hailing from Philadelphia, Dark Thoughts bring us a re-imagining of the classic Ramones influenced sound. From that statement, it might seem easy to dismiss them, but this I think is a bit more than what you’d expect.

For starters, although you can easily draw comparisons to other bands that totally bum the Ramones, Dark Thoughts definitely got their own thing going on. This record has the pace of Teenage Bottle Rocket, but with an almost garage-esque tone to it. It has the cheeky melodies, of say, The Queers, and the vocal style could be almost lifted direct from The Ramones. This also has a touch of the heartbreaking darkness of bands like the Riverdales; yet whilst the Riverdales send me into a pit of despair (particularly the Tarantula album), there is something incredibly uplifting about this.

This right here is some captivating shit. It’s got the hooks, and the feels. I’d go as far as saying it’s one of the most refreshing releases I’ve heard this year. You should go find out for yourselves, as you can stream it on bandcamp here

Dyke Drama – Up Against The Bricks LP 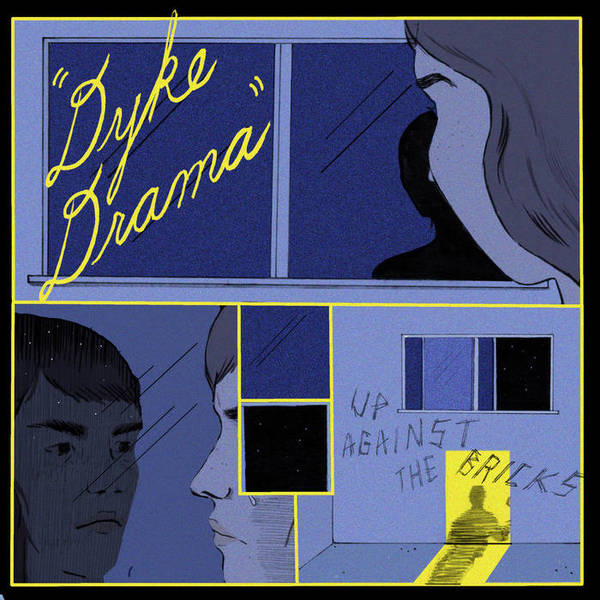 Well. This is interesting. Quite difficult for me to see quite where this lot are coming from. Well, I say this lot, but it’s more accurately a solo project from Sadie Switchblade of G.L.O.S.S. (Girls Living Outside Society’s Shit – a hardcore band from Olympia that achieved a certain amount of notoriety in the wake of the shootings in Orlando earlier this year and the release of their EP Trans Day of Revenge). You can listen to the G.L.O.S.S. records on their bandcamp page

Sadie did pretty much everything on Up Against The Bricks herself, which points to a strong degree of self-motivation and creative discipline. It’s not really especially my bag, I don’t think, but it is by no means a bad record at all. It has some really nice elements that put me in mind of the simple introspective punk of Basement Benders, and contrastingly, the more rock n’ roll influenced sound of River City High circa Won’t Turn Down. There’s also parts that remind me of Mean Jeans. 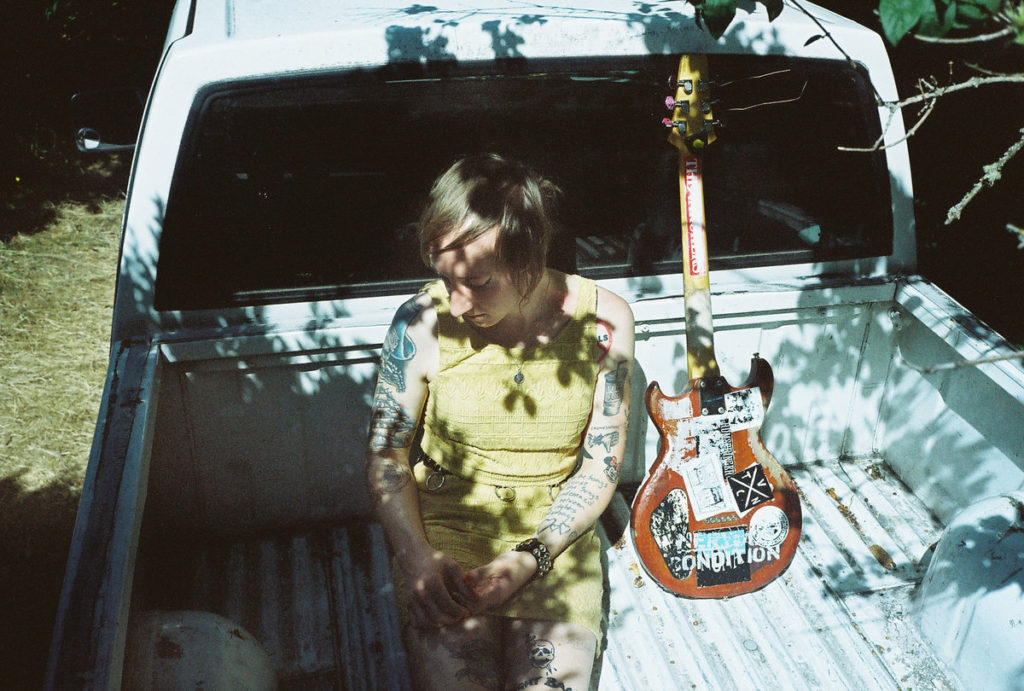 In terms of theme, this seems to focus on mental health, particularly depression, faltering relationships and issues around sexuality and sexual identity that comes with living as a trans girl. As somebody that isn’t in that situation, it feels to me quite self-conscious; almost like an expression of embarrassment with ones’ self, and is a little faltering in places, but I can see this being what the charm and attraction of it is. I’ll be passing this on to our very own Clara, as she may have her own trans perspective to offer… I’m not going to try and overly explain something I have a very limited understanding of, because for starters that would be patronising, and, well I’m not the best placed person to be making comment here.

Anyway, you can go and check it out on the DSR bandcamp page here