Now then. We’ve had this one in for review for a short while now, but… it’s only just come out. Wow. This record really is something else. It’s been a while since I’ve heard anything similar to this. And I’m using the term ‘similar’ in a fairly broad sense. I’ve been listening to this record a lot. It’s pretty decent.

Originally, Clara was going to be giving this record a review. However, due to extenuating circumstances, she’s found herself pretty busy with other issues that are close to her heart, such as her campaigning work for transgender rights, which by all accounts is going quite well, and she’s been getting some decent publicity for that cause. So, I’m stepping in…

There are probably many ways in which people will describe The Incessant. Many of them will doubtless be correct. The point I’m trying to make is that there is a whole bunch of different stuff going on here, which different people, based simply on their own musical background will catch a hold of. When you end up with a record of this nature, it typically goes one of two ways: i. what I like to call ‘the Mars Volta route’, where self-indulgence is the order of the day, and the record disappears up its own arse in a swirling, stench-ridden vortex of messily shitting in reverse; or ii. it turns out to be pretty fucking mind blowing. In this case, thankfully, we’ve got the second option here. It’s typically at this point that some clown will pipe up with some trite nonsense about Omar Rodriguez-Lopez and Cedric Bixler being really really creative. Oh well, in that case, I’m vewwy vewwy thorry. But let me lay it out for you in simple terms you might understand: experimentation in music is all well and good as long as there’s a point to it. Fuck your sprawling, pointless bollocks, mate. 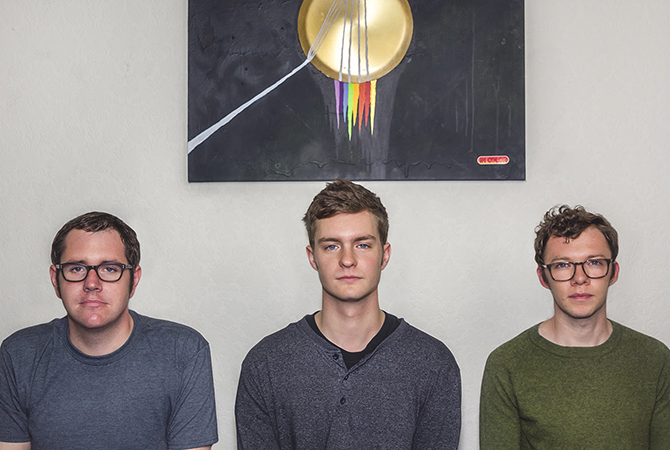 So, you may wonder how I would describe this record. The key term that springs to mind is frantic. This record is relentless and exudes psychosis and anxiety. Which you might think would make for an uncomfortable listen. That’s probably true at least in terms of the emotions that are being expressed, as it is a break-up record. But uncomfortable listen? Perhaps peripherally, yes. Regardless, I found myself being caught up and dragged along for this frantic staccato roller coaster ride. This band has that twitchy, spasmodic jerking characteristic of trad screamo from the early – mid 2000s period, ala Hot Cross and Circle Takes The Square. Only it’s being heard through a filter of riffy garage punk n’ roll ala the New Bomb Turks. But… rather than ending up with a shitty nu-metal version of Nation of Ulysses (such as Refused – man, have I ever gone on about how much I fucking hate that band?), what you are actually getting here is a gnarly, tumultuous blend of At The Drive In, Future Of The Left and Drive Like Jehu. I guess having Steve Albini at the controls tends to bring out the best in a band (see The Wedding Present’s Seamonsters and Nirvana’s In Utero for a couple of very different takes on Albini’s production style bringing out career bests – I mean there are plenty of good examples out there, but these are the ones floating around my mind right this moment). Plus, these lads make a lot of racket considering there’s only three of them. 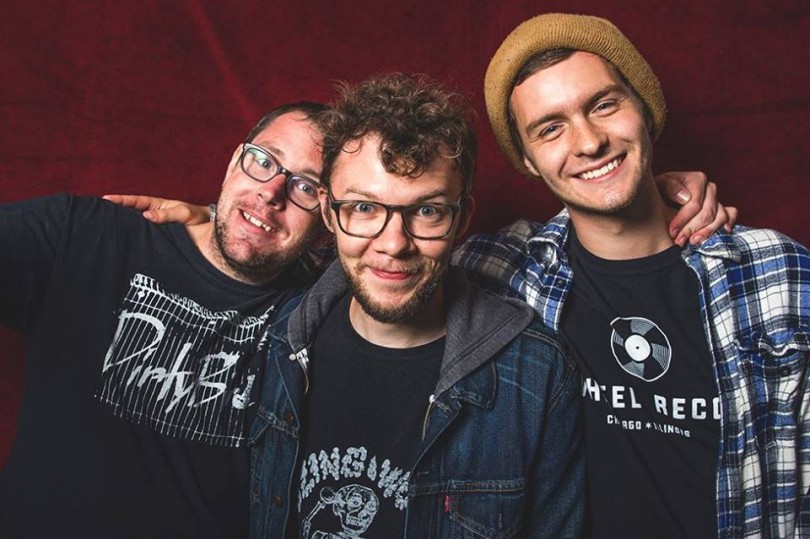 Listening to The Incessant does oddly bring on some unrelated memories for me, though. Back in the day, there used to be this punk house in Levenshulme, Manchester, which was populated by people such as this one guy called Lee Jones. He was always very patronising, judgemental and smug, and I was always aware he was taking the piss out of me (and people like me) behind my back for enjoying Fat Wreck style punk, amongst other things. Which was – now get this – music he used to enjoy. Before that is, he discovered the Dischord record label. God forbid anybody should dare to enjoy both, right? At around this point he sold his NOFX CDs and started buying all his clothes from charity shops and wearing them inside-out (“against label advertising” apparently). He and his mates also used to reckon on to the doctor that they were suffering from depression in order that they could claim Incapacity Benefit and Housing Benefit and basically freeload off the state. The freeloading part I don’t have too much beef with, but making a mockery out provisions for people with mental health issues or other health problems that would prevent them from working? Shit man, that’s not cool at all in my book. Anyway, Lee and friends were always making a point about how uber-D.I.Y they were and having these house shows for which they had a separate lower door charge for the unwaged (which is from a certain point of view an admirable stance). But… wait… they are all claiming benefits on the snide, right? So people with actual problems who actually went out and got jobs, and held down jobs were actually subsidising good times for a bunch of dossers?? Plus, to add insult to injury, if you didn’t fit with this niche demographic, you’d be made to feel pretty unwelcome if you had the temerity to show up for one of these shindigs. So much for an “everybody is equal and all are welcome” punk scene. Fuxache. The mind boggles. 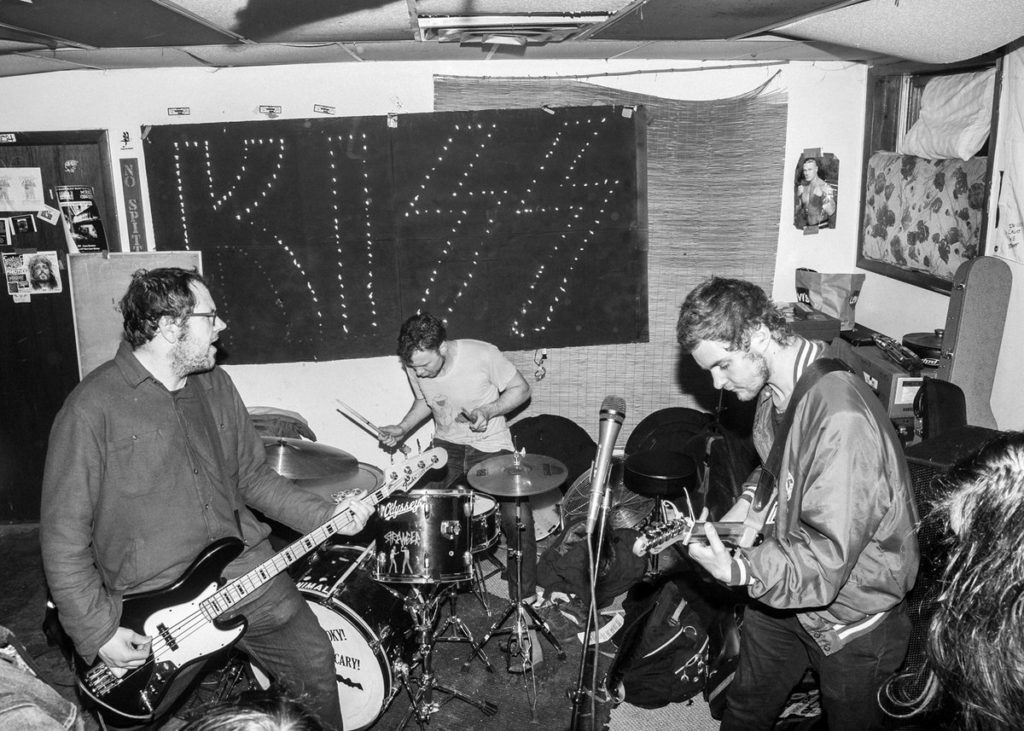 Anyway. It’s dead exciting to me, this here record. This is something that I find to be particularly important and relevant in the current context, which at times seems to be a bit lacking in terms of innovation. I mean, these guys in Meat Wave aren’t totally reinventing the wheel, but they are taking some classic but differing ideas and melding them together in what I consider to be a fairly satisfying and refreshing way. Which did actually come as a surprise to me, based on some of the promotional blurb. Built to Spill? Are you fucking serious? That’s The Guardian’s music journalism in relation to American bands that fit somewhere within the bounds of the broader punk rock remit for you, though. It’s either that or The Replacements and Husker Du, as far as The Guardian is concerned. I’m clearly going off on one of my ranting tangents, so I’ll reign myself back in.

But in conclusion, it’s really good, this. I’ll warn you that it’s not necessarily instantaneous, though. But it is insidious. It worms its way into your psyche and makes you want to play it again and again. Which I suppose is another hallmark of a decent record. In fact the only downside to this record is Birdland for me, as I found it to be a bit too ponderously and pointlessly meandering. But, you know, from the opening line of To Be Swayed onwards, it’s apparent that this lot are really nailing a lot of shit dead on. I just can’t believe they are only in their early 20s!

Listen on their bandcamp page here