I’ve got a great deal affection for a large proportion music Dave Hause has been putting out or involved in over the last 15 years or so. My first exposure to this guy that I was aware of would be the first Paint it Black full length, CVA (Jade Tree, 2003), during his stint with that band. Also, by looking back, a 4-way split compilation called The Philadelphia Sound, (Chunksaah!, 2002) featuring Paint It Black and another of Hause’s bands, The Curse, although I did not realise this until today. Listening back to those tracks, they clearly have a Hause vocal. I’d recommend checking them out, kinda sound like Paint It Black meets Trial By Fire (whose Ringing In The Dawn album on Jade Tree is well worth a half hour of your time). 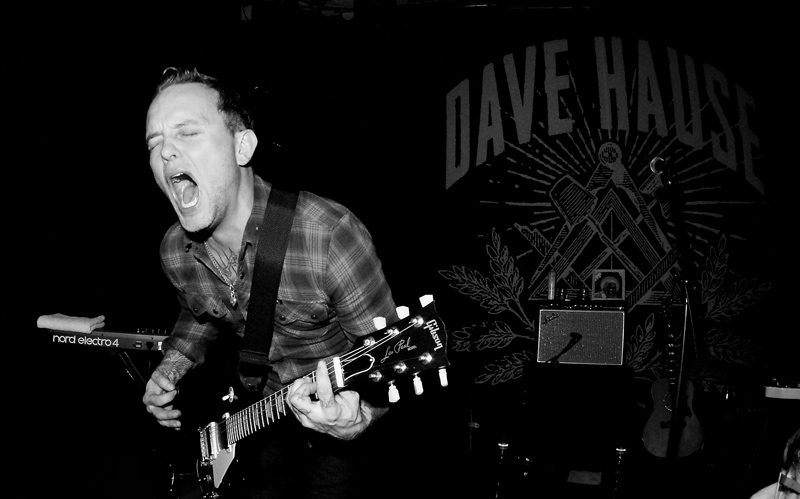 Where I really fell in love though, was Keep Your Heart, the debut album by The Loved Ones (Fat Wreck Chords, 2006). This record is now just over 11 years old, and to me sounds as fresh, ballsy and heartfelt as the day it came out. It still holds a firm place in my personal top ten records of all time. During their main period of activity, I saw them a good few times in the UK, in Leeds and Manchester, even having the privilege of doing a show (with Andy GI for the Build & Burn tour) for them in 2007, with Liverpool street punk heroes, The Down and Outs and The Great St Louis from Rochdale (if you like Leatherface and Hot Water Music and that type of thing, you should track down their two albums, by the way).

Perhaps more fatefully though (and an even more cherished memory for me), that day my old record store, Roadkill Records hosted an acoustic in-store for Dave. I have no real recollection of how it even came about, but it was a real last minute, word of mouth thing, and about 25-30 people showed up. The Loved Ones showed with an acoustic guitar, and Dave played and sang some songs, no mic. Man. That dudes’ voice is LOUD. I like to think this was the first Dave Hause ‘solo’ acoustic show. It probably wasn’t, but Dave would need to verify or correct this himself. Regardless, it was a special moment. They were good, polite and humble guys. 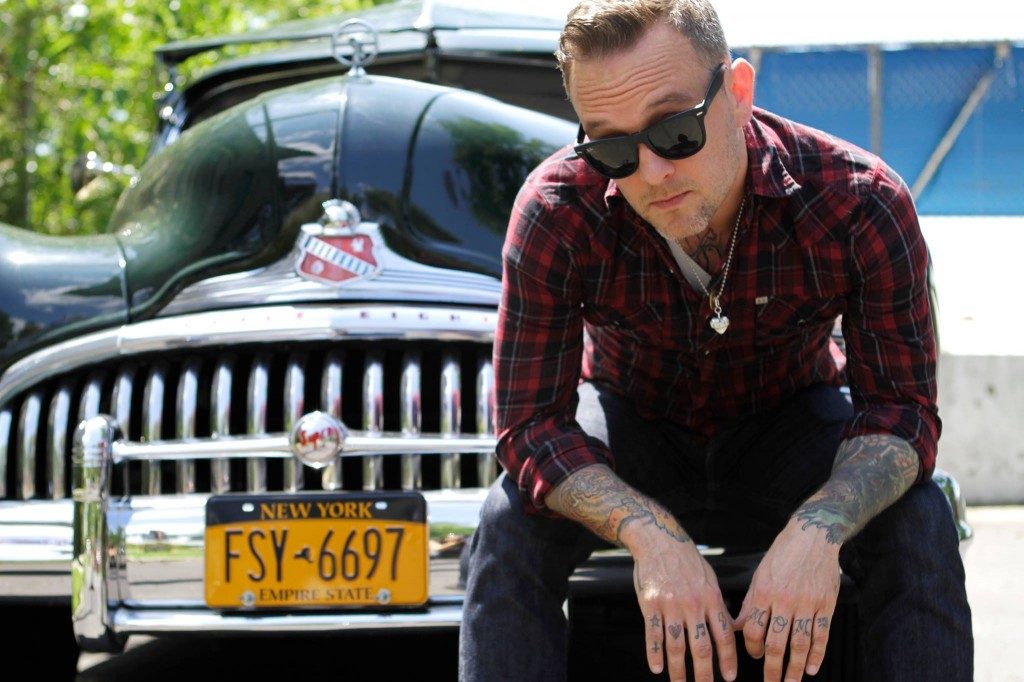 In terms of Dave’s solo career post-Loved Ones, I’d enjoyed the first record, Resolutions (Paper + Plastick, 2011), but had thought the second one, Devour (Rise Records, 2013) didn’t quite measure up and hence, didn’t receive all that many spins from me. Regardless, as this third solo record was following swiftly on the heels of the awesome album he did with The Falcon, Gather Up The Chaps (Red Scare Industries, 2016), I was keen to check out Bury Me in Philly as soon as possible.

Given that I’d not been over enamoured of Devour, I wasn’t really too sure what to expect from Bury Me in Philly. As it turns out, I shouldn’t have been worried. The songs presented here seem to be more in the vein of Resolutions and The Loved One’s Build & Burn (Fat Wreck Chords, 2007) which pleases me greatly. So realistically, we are talking a strong Bruce Springsteen and Lucero kind of influence here. Overall, we get a strong, lovelorn, careworn vocal delivery overlaying an alt-Americana backdrop. It’s really the vocal and the song writing that set this apart from a plethora of other ‘solo acoustic’ punk projects. Thankfully, the massive trend of people wanting to go a bit of a ‘The Boss’ style ego trip seems to have died off somewhat. Some people could carry it off, most fall a bit too far short of the mark. Hence, you do get those utter plums like Frank Turner that fancy themselves as some kind of faux-working class punk-poet-bard, that for some reason manage to make a successful career of churning out derivative dross. But, that type of guy markets themselves at people that have no real interest in proper music (i.e. file under the sub-section of the main category of ditties for people that hate music marked Ed Sheeran and Corinne Bailey-Rae). I’ll try and hold back on going off on a typical Tony of Nurgle rant against people that are deserving of my disdain, though. Just know that Dave Hause delivers the goods, and Frank Turner doesn’t, innit. 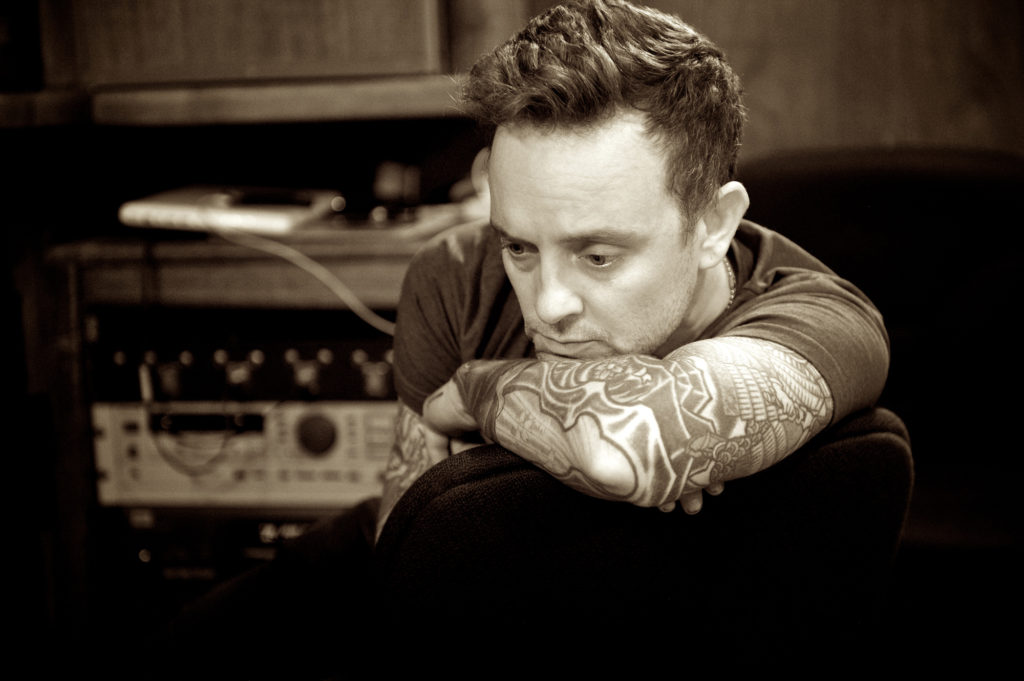 Having said this, you’d be right to expect a hint of vintage mature cheddar here and there. For example, The Flinch has a part that is oddly reminiscent of The Summer of ’69 Bryan Adams (the original version of which I’m thankfully not too personally acquainted with, but it was covered by numerous pop punk bands back in the day was it not?). I like to think that these touches are knowingly tongue-in-cheek inclusions.
With Bury Me in Philly, Dave Hause has successfully managed to set tales of being on the road to music and tales of being home in a truthful, convincing and non-contrived way. Looking back to the two full length Loved Ones records, you’ll see that Dave has a long history of laying his truth, or indeed his soul bare. I suppose this is why I empathise with and identify with what he has to say.

It’s fair to say that this record has been put together with a good deal of care and thought. By and large, it flows pretty well. I really like that the album is book-ended by With You, which serves as a suitably rousing opener, and the title track, Bury Me in Philly, which speaks to me of reluctant acceptance of one’s lot in life, and the weird contrast of pride and shame in your hometown.

Other highlights for me from this album would probably be Wild Love, which has a kinda Nebraska vibe going on. It really is superlative. Shaky Jesus for sure has the fatalistic romanticism of vintage Lucero about it. Dirty Fucker is a fine example of the inevitability and inescapability of this blue-collar hell we inhabit, where we always get the shitty end of the stick for no other reason than some twat feels it necessary to crush you back down into the filthy gutter that you’ve had the temerity to try and rise up out of. Fucking life, man.

Do I have any criticisms? Not really. I didn’t enjoy The Mermaid that much. On a side note, that is what Dave has named his touring band…
In conclusion, if you like the sound of what I’ve already said, and like myself enjoy a good, old fashioned working class hero, you’ll get a lot from this. However, if you are a closet posho looking for a bit of class-tourism, you should probably avoid this.

You can check out a stream of Bury Me in Philly in the video above. You can buy it from Rise Records direct or from decent independent record shops.

Dave Hause & The Mermaid are touring the UK this month