Nobody on the team seemed particularly keen to take this one on for some reason. Maybe the band name is a bit off-putting. It’s certainly not an inspiring moniker. Thus I decided to give a whirl. Maybe this is a cool name in continental Europe or something. Or it’s meant to be funny – are people that drive black Volvos the equivalent of the British white van man or Audi wanker stereotypes perhaps? So who the hell are Black Volvo anyway? They are Dutch, and apparently run a micro-brewery somewhere in the Netherlands, according to our very own Mike Avery makes pretty decent beers.

Musically speaking, these guys seem very capable. The record is riffy, and they’ve got a pretty awesome drummer (who kind of reminds me of Bomber from RKL). Sound wise, they seem to meld the mass appeal Fat Wreck skate punk sound of the 1990s era with New York style melodic hardcore ala H2O (circa Faster Than The World), and a bit of punk n’roll that’s somewhere between None More Black and old 59 Times The Pain. In principal, this all well and good, they aren’t reinventing the wheel or whatever, but that isn’t necessarily bad – I enjoy all those things a great deal. 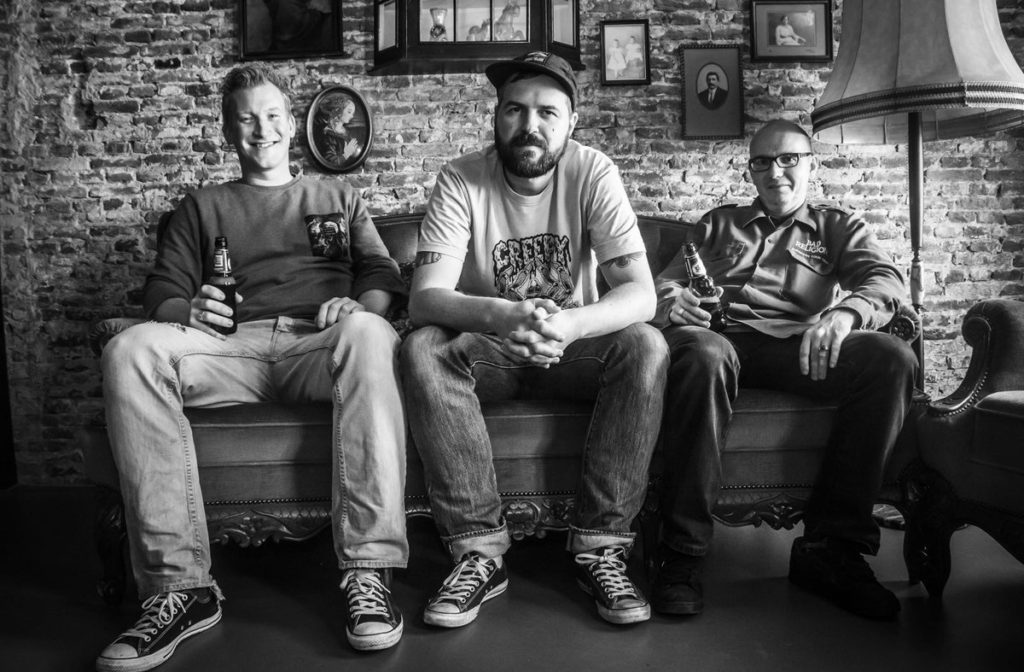 The vocalist has a good voice, which in places also kinda reminds me of Bomber from RKL (in terms of delivery rather than tone), which is a bonus. The lyrics though. They’re fucking garbage. It’s juvenile. It’s not big, and it’s not clever. They’ve got a song about doing a poo that won’t flush. It’s the first song on the album. What does that tell you? I mean, fuxache, I might talk about poo from time to time, but I’m not gonna write a song about it, let alone put it on a record. Because I’m not fucking 12 years old mate. These guys are definitely old enough to know better. Maybe it’s partially English not being the first language this lot speak, but for me, I’d prefer something a bit more cerebral that was translated a bit rough-shod than songs about a massive fucking poo. Am I alone here?

I’m not going to tell anyone what to do, but I can’t help but think these guys could be a pretty good band that have potential to get a pretty good rep if they could write about something serious. I mean, if these songs were about something intelligent, I could see this record appealing to people that were into the first three Propagandhi albums. As it is, I can’t view Bad Driving as anything other than pretty fucking stupid. The lyrics (not the singing) have literally ruined this album (which is pretty well produced) because you just can’t ignore them. It all just feels like a bit of a shameful waste of effort. All I’m left thinking about is all the better things this had the potential to be.

As ever, you should go and check it out for yourself. Listen on the player below:

You can pick up the LP on pink or black vinyl from TNS here, or on CD here