I’d seen quite a bit of a buzz about these guys in the lead-up to the release of this record, from people whose opinions I tend to trust, such as Juice at Drunken Sailor and Mike from DBR himself. These guys tend to know what they’re about and have a habit of reliably picking awesome records to release on their record labels, so I was obviously interested. When I saw the artwork, I became full on intrigued… A painting of green, blank eyed people – very ambiguous, very cool.

Your Pest Band are from Japan, and play garage punk. From what I can tell, Old Springhead is their first ‘proper’ full length, although all their previous 7inch records and splits and so on are collected on Smash Hits!! (2008 – 2011), which was a split release between DBR and infamous Japanese label, Snuffy Smile. You can check all 26 tracks of that stuff out here

So, you are probably wondering what these guys actually sound like. There’s a bit of a journey around various areas of the general punk and rock n’ roll spectrums taking place here (to my ears, at least). On the opening track Another Pale Moonlight, I thought the vocal was kinda reminiscent of Tim Armstrong from Rancid, having a bit of a slurring drawl thing going on, and the bass playing kinda reminded me of Matt Freeman’s licks. That’s where all similarities to Rancid stop, however, with the guitar track being somewhat minimalist, and the drums taking on what I’d (no doubt incorrectly) call a relaxed shuffle beat. Reading this paragraph back, admittedly it sounds a little strange. But if you listen to it, it kind of makes a lot more sense, and it’s got a lot of charm. 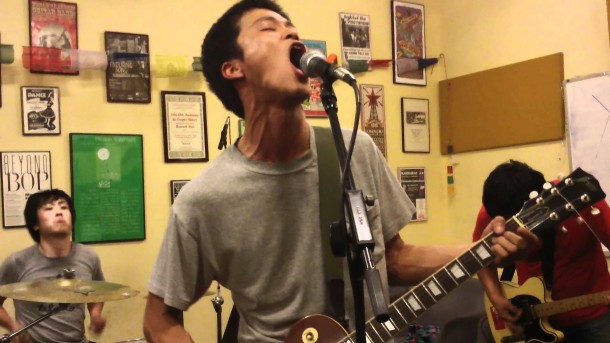 Following on from this somewhat gentle introduction, the pace and swagger is taken up a notch, and I start hearing some different influences taking on a dirtier, sleazier sound, that sort of sounds like the New York Dolls dry-humping the Ramones or something. The guitars get riffier, the vocals get a bit more Joey Ramone and Joe Strummer-esque by turns, and the drums more techy and harder hitting, all carried along by that awesome noodly bass playing. As well as the sub-2 minute numbers you’d expect from this kind of thing, they’ve also included a 16 minute epic, Swell… Special mention should go to Panama, for the NOFX style bass intro.

There’s all kinds of influences for the eager listener to pick up on: such as Devo – in fact these guys sound kind of like a calmer version of Booji Boys; surf influenced elements; power-pop; as well as the aforementioned Ramones influence. These guys certainly have a lot to offer, and sit comfortably alongside what I suppose could be considered to be their current contemporaries: The Marked Men, Coneheads, The Cowboys, Dark Thoughts, Liquids and stuff like that, as well as having an undeniable appeal to fans of better known stuff like Teenage Bottle Rocket and so on. 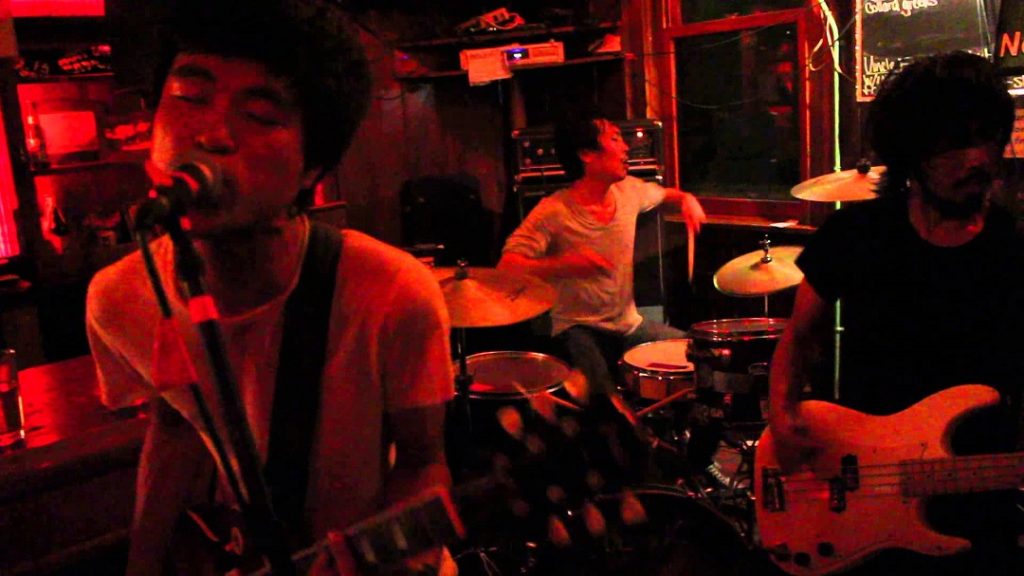 If I had a criticism of this record (and I’m not sure this qualifies as my opinion keeps changing back and forth), it’s possibly that there are maybe a couple of songs too many on this album. Some days (but not all) when I’ve listened to this, I’ve felt a little bit like it went on slightly too long. However, having said that, I couldn’t really give a definitive answer on what I’d cut from the track list, because it’s all pretty damn good, and some days I just don’t want the record to end. What am I trying to say? I have no idea.

You can (and should) check out the album on the Bandcamp player below.

You can also pick this up from DBR in the US / Canada here. It comes on gatefold double LP, just so as you can appreciate the awesome artwork all the more.

Get it in the UK from Brassneck Records here