Don Blake hail from Bolton, Lancashire, and are the latest in a line of bands Joe Barlow has been involved with, that are named after obscure bits of Marvel Comics lore. In this case, Donald Blake is the host body chosen for Thor by his father Odin (previous acts include Postcards from Wakanda, named after the imaginary kingdom ruled by the Black Panther). I’m enough of a nerd to appreciate this. Hear me roar. 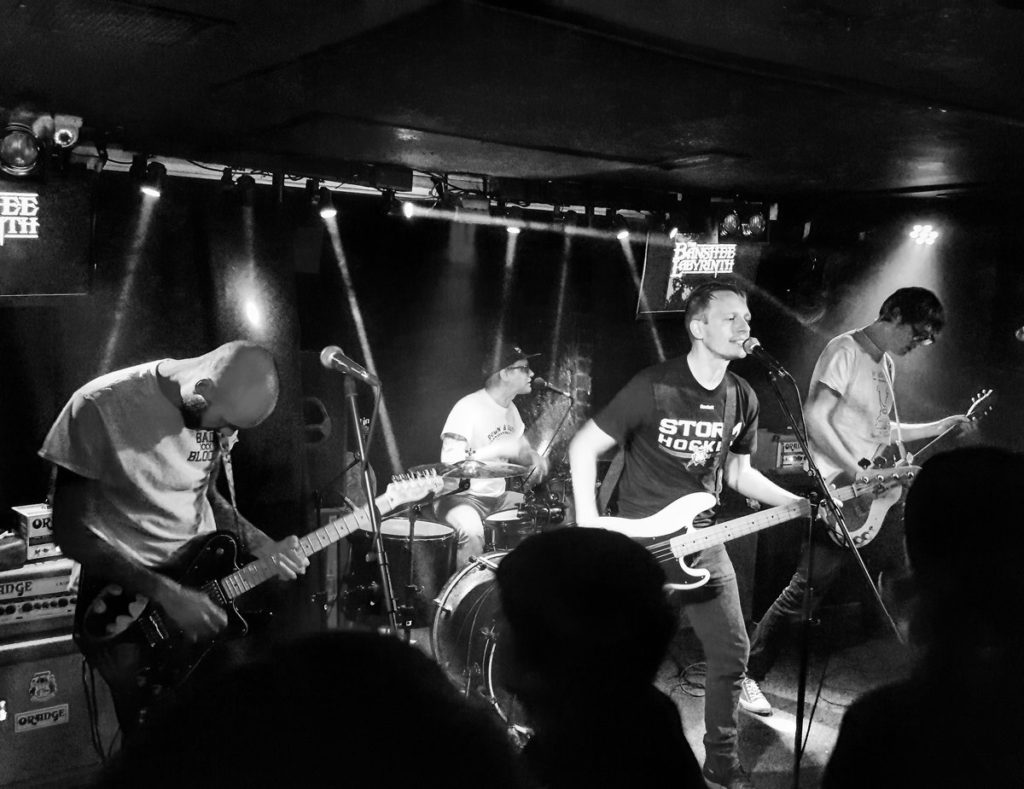 I’ve known Joe and his band mate Rob Boardman for some number of years, now from back in my Manchester days. They are verified good dudes. That’s the Tony of Nurgle seal of approval™, ladies and gentlemen. I’ve been aware of Don Blake for a while now, and I’ve heard music of theirs before on several occasions. I’d been particularly impressed with previous release Pocket Universe which I’ve cited as a fine example of that heavily Ramones influenced pop-punk sound favoured by the likes of Teenage Bottlerocket, Masked Intruder, The Queers etc. Be sure to check it out.

Now, Joe recently contacted me about their new EP, Blake District. He’d mentioned that it was quite different from anything they’d done before… I was obviously intrigued. And admittedly a little worried, as I thought the existing sound they’d got was pretty great.

“Were your worries justified, Tony?” I hear the three regular readers of this piece of shit website cry out into the wilderness of cyberspace. Well, er, no. They were not. I think this record is pretty killer, guy. In fact I didn’t think it was that much of a dramatic departure, sound-wise. More of a development. I find it really satisfying to see a good band evolve in an organic way, whilst retaining their core identity and not losing their grasp on what makes them great.

You may well be wondering by now what this record sounds like. Which is more than fair, considering this is a record review (new readers, please note – I have a real tendency to waffle). Without it sounding too weird a thing to say, it sounds kinda, well, er… Scottish? By which I mean to say it reminds me a lot of the Murderburgers – meaning they are keeping a core element of their sound in terms of the relentless down-stroke pop punk. Beyond this, it also oddly reminds me of the more melodic moments of the second and third Idlewild albums (i.e. while they were still good and before they became really terrible). This serves to flesh out the undeniably Ramonesy (is that even a word?) skeleton with an emotive and well considered bit of non-standard indie rock. 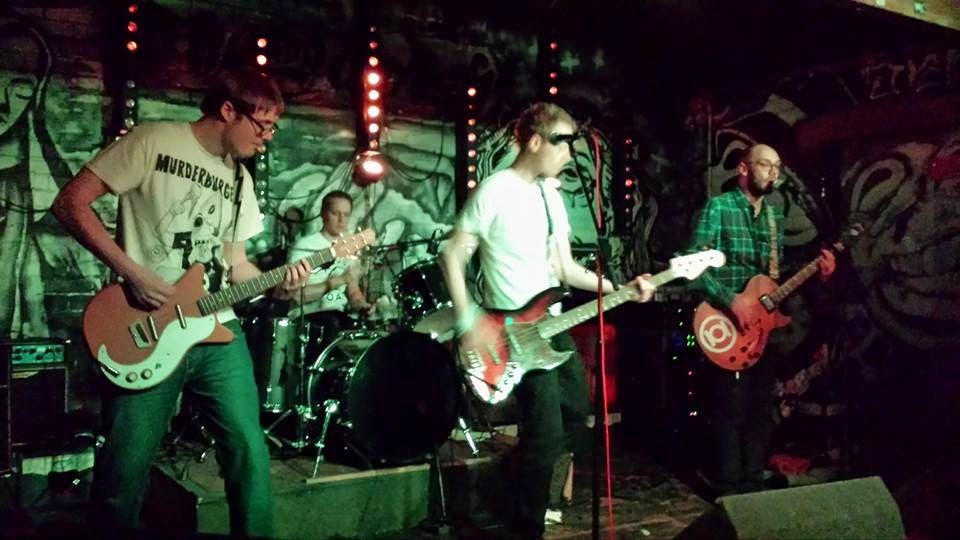 The whole thing is skinned over with something that’s reminiscent of the more introspective and wistful side of the Lawrence Arms; something which plays to the strength of Joe’s vocals. I’ll take a moment to give credit where credit is due to the musicians, here. The drummer clearly takes influence from Neil Hennessey of the Lawrence Arms, which for my money (as a non-musician), is not an easy style to replicate, let alone incorporate into your own style – well done lad. The two guitars work and contrast well with each other, giving a solid, textured and meaty sound. If I had one criticism, I feel like the bass could be a bit higher in the mix at times, as I found it hard to pick it out. Having said this, the production overall is excellent.

You can check these five fantastic slices of joyous misery on the Bandcamp player below:

You can buy the 12in vinyl from Round Dog Records here 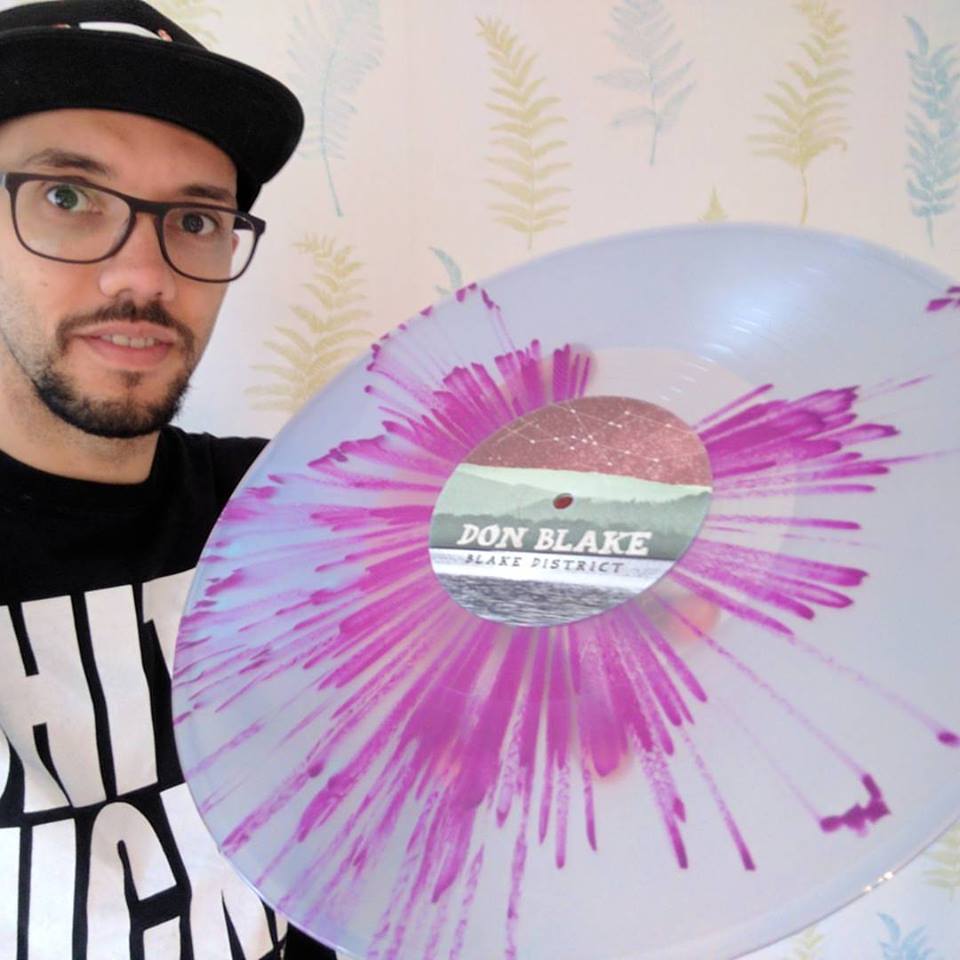