Incisions are from the Greater Manchester area (plus Northwich) and play a mélange of 80’s hardcore, street punk, and EpiFat influenced stuff. And it is a heady blend indeed, sounding something like an obnoxious hybrid of early Black Flag, Circle Jerks, Dead Kennedys and Bad Religion, by way of Blitz, The Bronx and Paint It Black.

Quit now is their third EP in a little over a year. It excites me that these guys are pissed off and have something proper to shout about, particularly in these times where true diamonds flounder amidst an oversaturation of crap bands drowning in their own apathy, lack of heart and generally being a bit, well, limp. There’s also an undercurrent of black humour flowing through the tracks here. Although whether this is intentional or something that I’m just projecting onto this from within the depths of my own soul as it slowly withers away in the depths of my rotting carcass is open for debate. 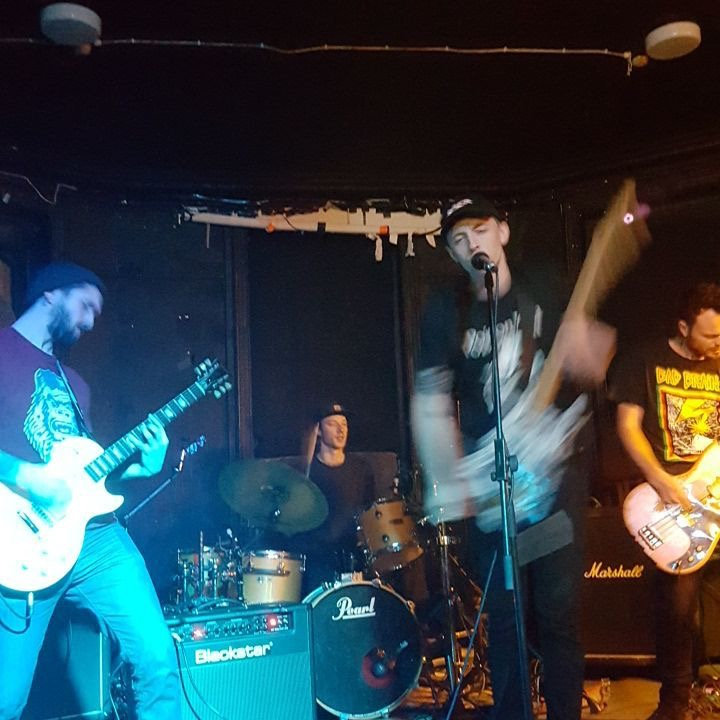 Something that I found particularly entertaining though, was the mosh part in first cut, CHOPS. On first listen I was expecting it to breakout into a filthy, head-breaking, bile-churning, elbows flying war-dance / skankarama (coming soon to a dictionary near you). Instead, it delivers a slower, cleaner sounding break, which is a bit more hoe-down than break down. I really can’t help but think this is entirely intentionally poking fun at a zillion cookie-cutter bollockless wonder hardcore bands that have nothing more meaningful to bring to the table than pointless posturing and aggression, without having the chops to back it up with anything of any worth. Well, that’s what I got from it anyway. If it’s not accurate, I’ve unintentionally cast a grave insult into the mix here. Er, soz? 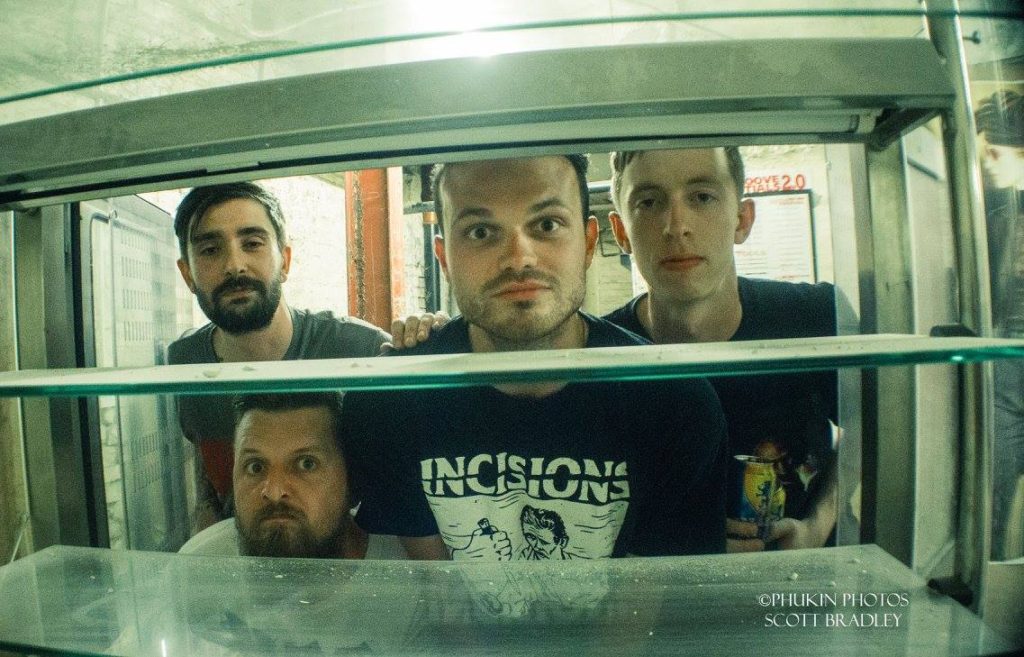 As we continue through the EP, it reassures me that these guys are pretty legit. The majority of the cuts clock in around the minute and a half mark. None exceed two minutes. And, y’know they’ve actually got songs about stuff. Belligerent. To the point. Cut through with malevolence and plenty of constructive / destructive critical narrative of the current political climate permeating this ball of shit we inhabit as it rotates it’s lazy way through space. It’s all good with this hog right here, son. In fact, if I wasn’t a victim of my own lethargy and complacency – would probably mosh.

You can listen on the bandcamp player below

You can pick it up the CD from Horn and Hoof here or buy the download from iTunes or bandcamp.

You can check out their first two EPs (both released in 2016), Deep Cuts and Scabs on their bandcamp page here

Incisions have a few gigs lined up in the coming weeks. You can catch them on:
July 27th @ Mabgate Bleach, Leeds
July 28th @ The Bailf Bar, The Old Courts, Wigan
August 12th @ The North Shore Troubador, Liverpool (supporting Consumed)