Dead Heavens are a weird band. Somewhat of a super-group, led by Walter Schreifels (last seen by most fronting emo-rock heroes Rival Schools, but also involving himself in other projects including a brief Gorilla Biscuits reunion) and featuring members of White Zombie and Youth Of Today, they are a “new-classic blues rock band”. Intrigued? Sure. I get that. Baffled? Yeah, okay I get that too, because I don’t think anyone saw it coming. 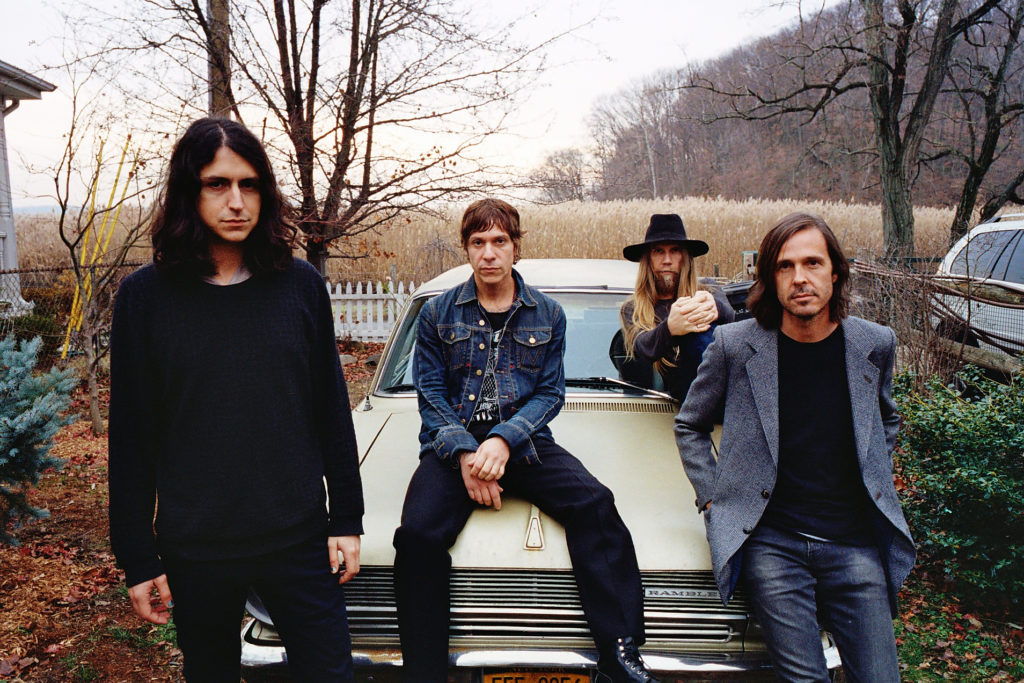 It’s difficult to know where to stand with Dead Heavens. Their music has flashes of bands like Black Mountain and Dead Meadow, which is great, but then there’s also this weird mid-2000s regressive-rock feel a la bands like early Kings Of Leon and The Von Bondies that is just baffling. Those moments are fleeting though, but they do exist. The best moments come when the tempo drops and the psychedelia ramps up, especially on “The Moon Will Listen (But Not The Sun)”, where the foggy, hazy stoned vibes really shine through. Schreifels’ voice suits these moments perfectly, bright and clear in the mix and tonally perfect as opposed to washed-out in reverb and delay (as would be the default mode for many psych-rock bands). “Gold Tooth” is a clear highlight, an 8-minute mid-tempo wanderer that rides along on a Cream-esque riff and has an extended instrumental jam section midway through, chock full of phasered-chugging and krautrock drumming. It would be great to hear them head down this route more in the future as this is where they truly shine. 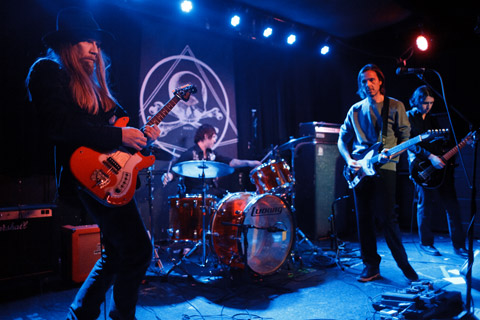 Unfortunately, sandwiched between these two great tunes is “Adderall Highway”, which is a plodding by-numbers 70’s rock number that wants to be like Queens Of The Stone Age but in fact sounds like Australian one-hit-wonders Jet. Normally, you could shrug this off and say “well, it’s a new band, it’s their debut album, they’re finding their feet and working out what works best for them”… but this is a band made up from seasoned professionals with decades of experience. Surely they should be judged a little more harshly when they make glaring errors? It’s also interesting that they have all had much more unique musical voices in their previous endeavours. What was it that brought these individuals from very different musical backgrounds together? Is there really any need for another retro rock band, especially when so many other bands do it better? Who instigated the talks between them all?

It will be interesting to see where Dead Heavens go next. Hopefully their focus will lean more on the stoned/psych/krautrock side of things as opposed to the second-rate piss-poor advert rock waters they occasionally dip their toes into.

You can stream this now on the Soundcloud player below.

If this is your bag, you can pick it up from Dine Alone Records here