Have you ever heard of that play, Waiting For Godot where two old blokes are waiting for this other
bloke and you think he’s eventually going to show up at certain moments but the guy never shows up? A somewhat appropriate comparison to Tokyo’s mental noise merchants, ENDON and the hyperbolically repetitive nightmare inducing ‘intro’ they’ve placed at the start of their second full length album, Through The Mirror, which funnily enough, was where I wanted to put my head whilst waiting for aforementioned ‘intro’ to be over.

The disparate background of synths and the rock solid driving snare sounds a bit like what you’d expect Michael Douglas’ character from Falling Down has stuck in his head before he embarks on a nihilistic murderous rampage of ethnic minorities and innocent Whammy Burger customers: a howling orchestra of turbulent pandemonium. After the first minute, I went to make myself a mushroom cup-a-soup and let them get on with it for a bit; this lifted my spirits enough to see it through, only to realise that this ‘intro’ was in fact the whole of the first song, Nerve Rain. 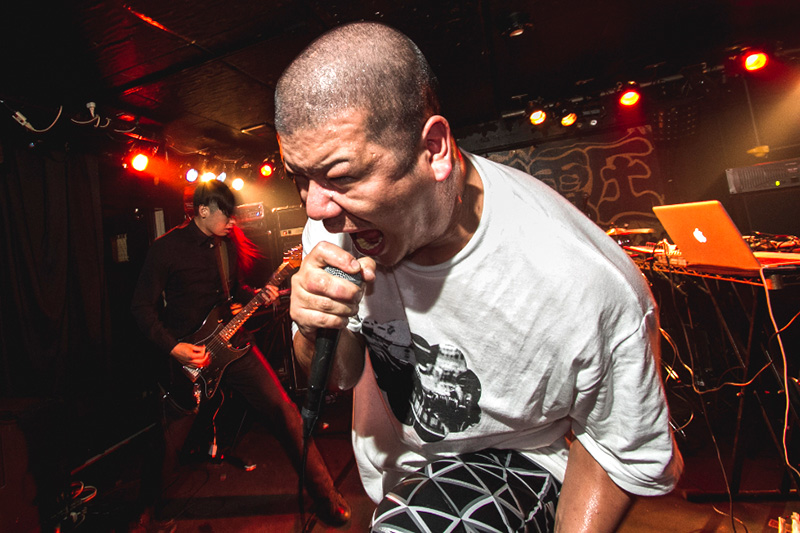 This, however, sets a precedent that the album keeps coming back to and is deeply grounded in industrial metal, film score style experimental noise and orcish genocide, which the next two tracks Your Ghost Is Dead and Pensum have in spades. The latter is a minute and a half long brain siege; one of the stand out songs for me.

I’m not sure what Postsex means to this band but, for me it’s a cigarette and a Lighthouse family
album whilst flying through the clouds kinda thing, not the soundtrack to a banned Japanese horror film. Although I clearly disagree with their post-coital activities, this song is most definitely firing on
all cylinders and showcases one of the best vocal deliveries on the album. 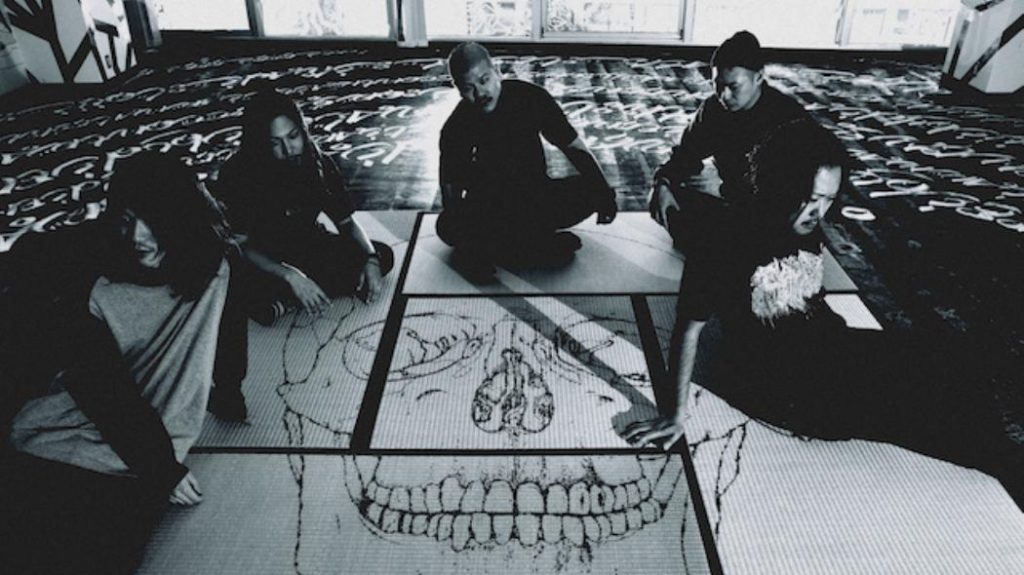 The absolute best song on the album is title track, Through The Mirror. It has all the above, but has a more straightforward song structure, whilst giving the guitars and the somewhat previously hidden
riffs a chance to shine through.

Vocalist, Taichi Nagura is not of this universe. His vocal range – if you’ll allow me to refer to it as that
– draws on a whole asylum full of multi-personality disorder sufferers, going from high pitched squealing to guttural metal grunts. These characters that he creates are what make the album a lot of fun to listen to as they pop up and lead you into and take on you a brutal tour of ENDON’s world of skull shaking clown murder.

One can point one’s ear below for listening evaluation purposes and that: