What can I tell you about Nathan Mallon? I’ve known this guy since around ’99 – 2000, when we worked in a call centre together, and struck up a conversation about The Clash and Therapy? and punk rock in general. Kind of known him since then – usual story of Thursday nights at Jilly’s Rockworld, gigs, so and so forth. These days, he’s an English teacher winning over the hearts and minds (possibly) of the youth. I’ll bet school isn’t what it was in our day – less lobbing Sweaty Bettys at the ceiling and more stabbings, innit. He was also in a band called the Shadowcops with our very own Mike Avery – shrill whining cunts Wheatus (of Teenage Dirtbag fame) once supported them… after (not that long after!) they’d been famous. Anyway, here’s what Nathan had to say for himself… 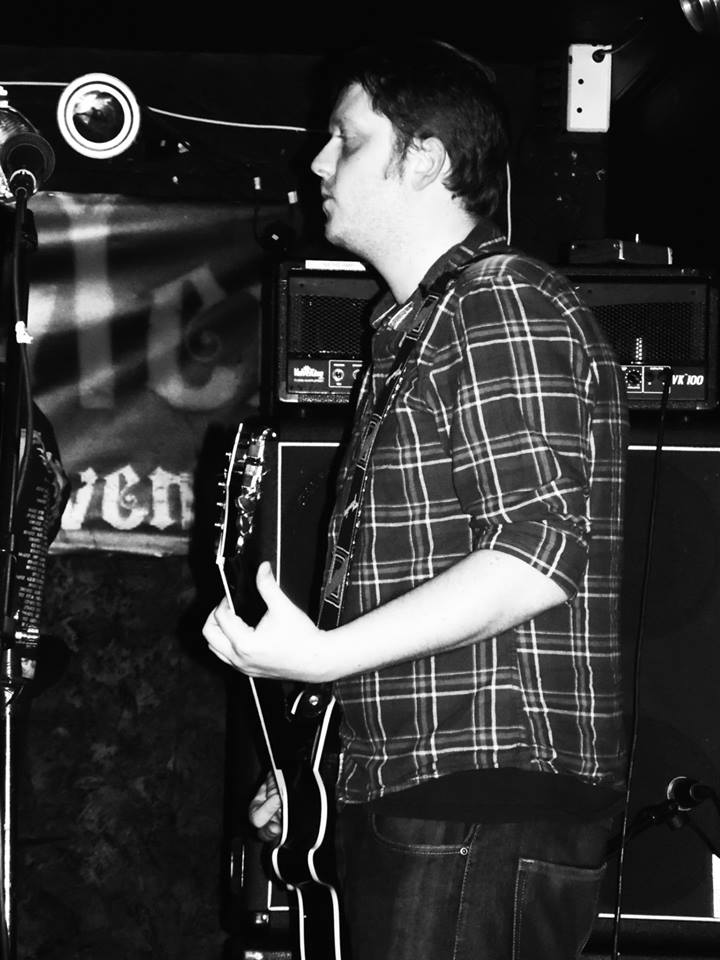 1. What was the very first way that you became aware of punk? i.e. what was your first encounter with punk
Other than growing up with a general awareness or The Ramones, The Sex Pistols, The Clash and my mum’s momentary obsession with The Buzzcocks (that’s the band, not the euphemism for sex aids), I was first introduced to punk through various mixtapes involving American punk bands such as Green Day, The Offspring, NOFX etc. I also remember, a lad at college lent me a Propagandhi album because he saw me wearing a Therapy? hoodie and wanted to try and save me.

2. How did you get into punk / alternative music?
I’m going to embrace falling into a well-known stereotype here: it was obviously Nirvana. I also attended a 3 Colours Red gig when I was 16. A few dead good people where there… some I knew at the time and some I found out about later. My taste matured from there I suppose.

3. What was your first gig?
Pulp. Manchester Arena. 1996. This was just after Jarvis Cocker pulled the Michael Jackson stunt at the Brit Awards. That was pretty ‘punk’ I suppose?

4. What was the very first album you got? Also what was the first punk album you got?
Dire Straits – Brothers In Arms, on tape. I wore it out along with its immediate successor in my young life at the time, No Jacket Required – Phil Collins. I also distinctly remember my older cousin giving me Appetite For Destruction and a couple of Manic Street Preachers singles on CD not that long after. First ‘punk’ album I bought (with my own money) was Dookie.

5. Were you in a band while at high school or college? If yes what was the name, and how bad did you suck?
Yes. We went through various band names, including The Creeping Coffins of Barbados and Children of The Monkey Basket, eventually settling on the name The Undecided. We were terrible.

6. What is the biggest influence that punk rock has had on you as you’ve developed as a person?
I think listening to and playing punk rock in various forms helped me to simply release any teen angst I had inside of me. It wasn’t successful however as, at the age of 36 it’s still fucking there.

7. What has punk rock caused you to question most about the world we live in?
I have always had my own questions about the world but I have agreed with and championed the views of many people performing in this genre.

8. What was the most recent gig you went to? (any genre)
Bob Mould at Academy 2, Manchester. I don’t get out much.

9. What was the last record you listened to? (any genre)
Bob Mould – Patch The Sky

10. Do you geek? If so, how?
As an English teacher, I don’t know if I can deal with the word ‘geek’ being used as a verb. I think the previous sentence answers the question.

3. Fu Manchu – California Crossing
More nostalgia. It was also my one time ‘workout album’ but I haven’t engaged in any of that nonsense for at least 7 years.

4. Sugar – Copper Blue
Fucking untouchable in terms of song writing (and everything else for that matter).

5. Hot Water Music – Caution
Fell in love with this album from the first listen. Every song (apart from the last two) are burgeoning with gravelly vocals and lifting melodic guitars. Can make a drive home from work seem like a momentarily sublime experience.

6. Quicksand – Slip
How guitars on a recording should sound. Brooding but subtly abrasive wall of sound.

8. The Replacements – Sorry Ma…forgot to take out the trash
Get pissed with your mates and turn up to a recording studio…late…having forgotten all the chords.

10. Dag Nasty – Can I Say
Treads the line between melody and anger in a way that I can’t. Jealous.