Glue Ear were a three-piece band from Manchester, formed in 2007. This is a posthumous digital only release, comprising 7 songs that didn’t feature on either of their previous EPs. The songs were, apparently recorded in 2011, and are now seeing an official release seven years later in 2018. Now, according to their Bandcamp page, the band described themselves thus:

Formed by three friends who were sick of the what happened to the music scene in Manchester, bonded together for a love of good times, tattoo’s, car’s and beer. Glue Ear are an energetic band thank mix elements of Punk, Ska and Hardcore. A must see well known for their on stage banter, swilling pint’s and having jokes with the crowd.

I’ll make it clear from the outset, if you don’t agree with what you are reading, go check it out for yourself and form your own opinion. Now that’s out of the way…

I don’t want to be a grammar fascist (and yet I feel I must) but… misplaced apostrophes properly boil my piss, and there’s three of the cunts in a three sentence paragraph there. I’d point out that the band weren’t bonded together for a love of good times etc., they were bonded together either over or by a love of those things. If this isn’t bad enough, we’ve got references to a love of cars (look Ma, no apostrophe!), banter and swilling pints (look Pa, no apostrophe!), which only makes me think of your typical Macc Lads fan. Nobody should realistically be listening to the Macc Lads beyond the age of 15 at most, or indeed at all, and although they (The Macc Lads) might try and pass it all off as a joke, it’s basically offensive to women, people of non-white British ethnicity, homosexuals, Port Vale FC supporters, and anybody with a scrap of common human decency. Shout out to Kev Walsh’s mate (redacted to protect the guilty) who got nicked robbing Macc Lads CDs from Liverpool HMV (ref. The Down and Outs – Live at the Masque, Thrash Gig Records, 2006). Shout out to whatever weird bastard that left a copy of the Macc Lads – Twenty Golden Crates LP at my house in approx 2008 (said LP was subsequently surreptitiously left at Carpet’s flat shortly after. Shout out to Carpet! 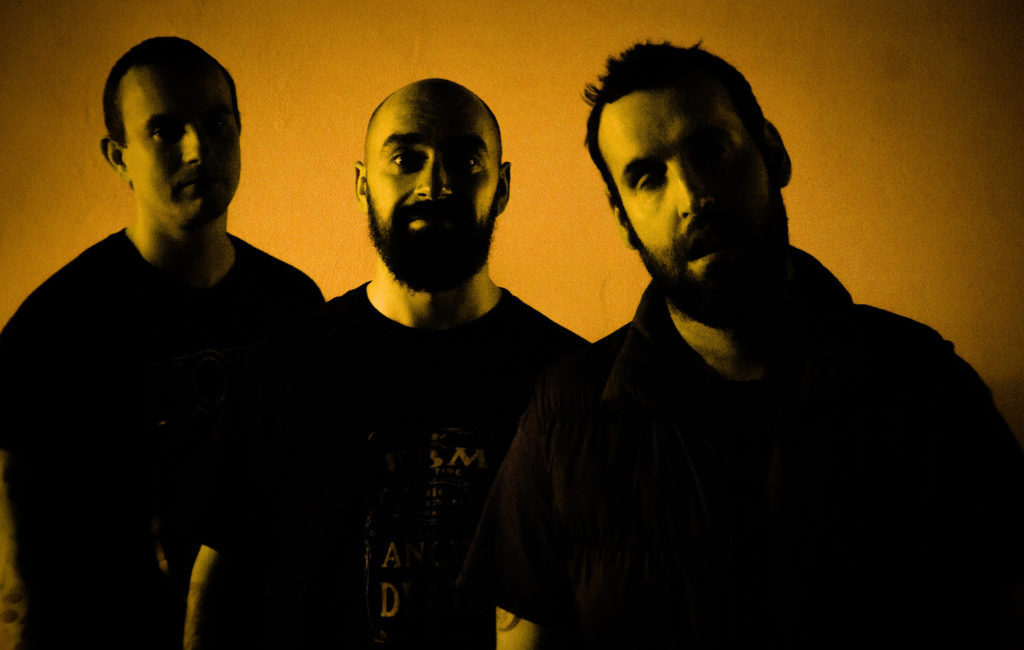 Now there’s something else I’m taking issue with in that inauspicious paragraph. These guys were sick of the music scene in Manchester in 2007. Now that strikes me as particularly odd, as somebody that was around at the time, and had been for some considerable number of years. AS somebody that was heavily involved in the scene, no less. As I recall there was a thriving local scene at the time, with myself and Andy GI putting on punk gigs, D was putting on punk gigs, Carpet was putting on punk gigs, TNS were putting on punk gigs, Emily was putting on ska gigs, and Kam and Marios were putting on hardcore gigs. There was even a decent punk record store. Funnily, if the photos are anything to go by, I don’t remember seeing any members of Glue Ear at any gigs or indeed selling them any records. So unless they were living in together in a dungeon, segregated from the rest of society, I’ve got no idea what their beef is there – there was loads going on! Anyways, collectively that blurb of theirs didn’t show them in a good light, even if you ignore the bad grammar.

I’ve not even got onto the music yet. Fuxache.

So anyway. The first three tracks (120, Punx & Alleyways, and Why) were kind of OK. It all feels a bit amateurish to be honest, and sounds somewhat reminiscent of stuff like those GBH and UK Subs rehashes that Rancid used to churn out. There are also a bunch of sound references to The Filaments (a.k.a shitty UK Rancid), especially in terms of rehashes of those ska-meets-UK Subs rehashes that Rancid used to churn out. Complete with what might be some horns low down in the mix. The vocals don’t seem that strong either – the vocal style seems to broadly be, er, talking fast over the music. Lyrically, there’s nowt too cerebral going on here. It generally seems to be themed around boozing and fighting and visiting vigilante justice on child killers or something. It seems to me that this lot were perhaps a bit too caught up in the romanticism of drinking and scrapping that the Dropkick Murphys seem to foreground in much of their material.

You will be able to get this from Horn & Hoof’s webstore.