For my money, this self titled record from Stoke on Trent’s Only Strangers is hands down the best release Manchester based label Horn & Hoof records has put out to date (by a considerable stretch), demonstrating an improvement in overall quality. There’s also something of a stylistic shift away from an output that has mainly been pop-punk with a heavy influence from the early 2000’s Drive Thru Records roster, with an added touch of ska here and there. Now, don’t get me wrong, there’s nowt wrong with those things in and of themselves, I’m just not the target audience.

I’ve seen already that Only Strangers have been getting some nice (and well deserved) write-ups for this record, gathering effulgent and enthusiastic praise for their take on the melodic punk with grufty vocals schtick. This type of shit is definitely my jam, kids, and has been for quite some years. There’s been a strong tradition of this type of thing both at home and stateside (amongst other places) for a very long time indeed, producing some truly great and sometimes visionary bands. Of course, as with every strong tradition, weak imitations have regularly surfaced, sometimes achieving levels of success that far outstrip those of those with the true talent; the real innovators and groundbreakers (I’m looking at you, The Menzingers, you shitty shitty band, you). 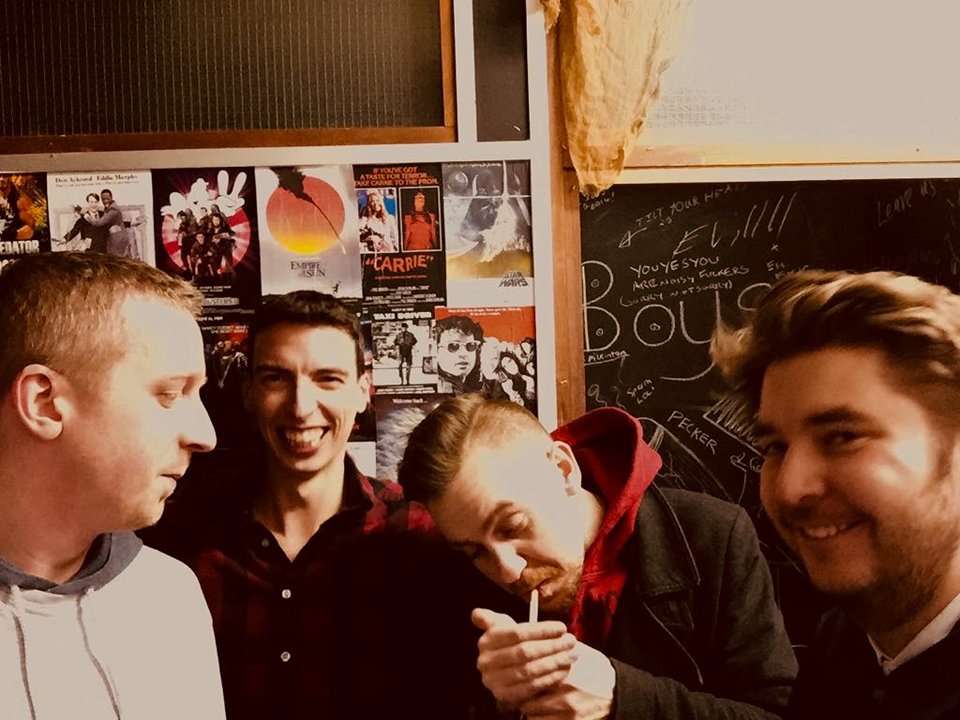 I’m happy to say that Only Strangers don’t feel like some jarg-ass, pallid copyists. Having said this, the wheel isn’t being reinvented here by any stretch. However, I’ve gone on record before to the tune of the wheel doesn’t need to be reinvented all that regularly – particularly when the songs are this good. These lads have made a distinctly gritty, British sounding record that gives nods to other notables from the UK scene of recent years such as Above Them and The Dauntless Elite amongst others. The sound also seems to draw on older bands, such as the recently reformed Consumed and Guns n’ Wankers (when are Wes Wasley and Duncan Redmonds gonna get that joint back together?!?). Other reviewers have mentioned the untouchable Leatherface – one of my all time favourites – but I don’t hear them here. However, there’s a definite hint of a post-Leatherface project, Medictation (Dickie Hammond – R.I.P – in collaboration with members of The Sainte Catherines). 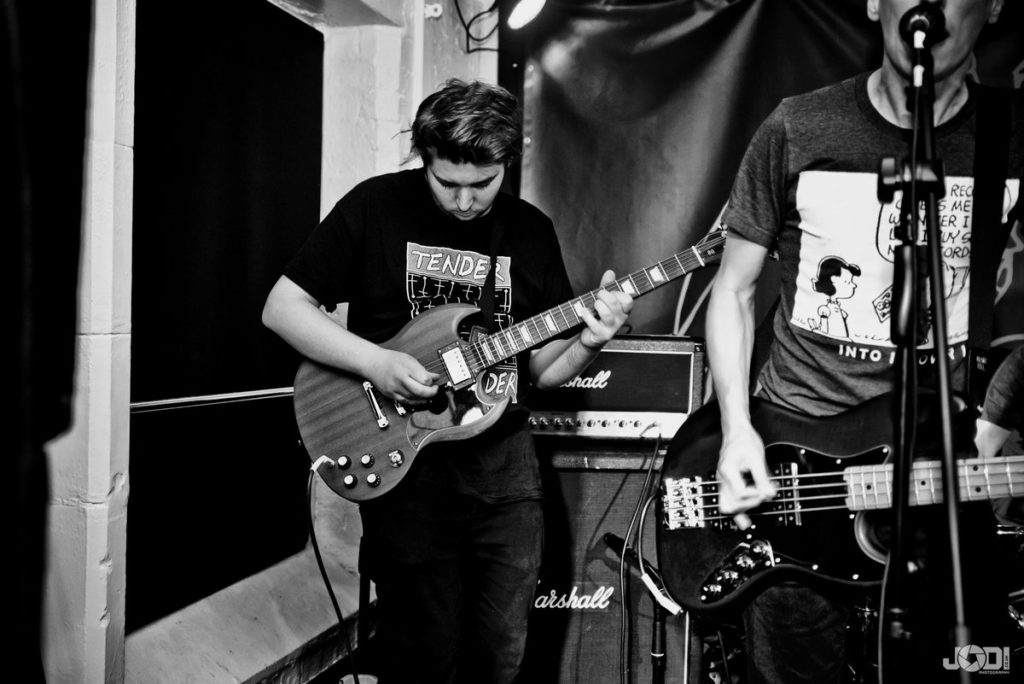 There’s a healthy dose of US influences here too, ranging from the very obvious classics such as Hot Water Music and Jawbreaker, through to more recent acts such as Joyce Manor, Nothington (in particular their second album, Roads Bridges & Ruins) and Iron Chic for a more modern edge to the sound. Subtextual influences seemingly come courtesy of mid-west heavyweights of melody and pessimistic lyrical genius such as The Lawrence Arms and Arms Aloft, adding that hugely essential feeling of navel gazing self-admonishment that really makes a motherfucker feel like a band means what it says.

The lead vocal is strong and impassioned, and I think over time and future releases will develop into something that conveys a depth of misery and hopelessness that only comes with age and experience; at the moment there’s still those shreds of hope that speak of relative youth. The dual guitar sound pays dividends on this record, offering contrasting, harmonising textures to an interesting and captivating back section, although the bass could be a bit higher up in the mix in places, and without wanting to make a glib sounding comment, the drums (already fucking decent) need some cowbell. It really pleases my ears no end to here a band playing and writing so well together – Only Strangers are a credit to themselves, and stand as proof that there’s still plenty of life left in this punk scene of ours.

I don’t really have anything negative to say about this record at all, and I certainly look forward to hearing more from this crew in the future. It’s a well deserved Tony of Nurgle rating of 8/10 for this.

You can pick up the CD or a digital download from Horn & Hoof’s bandcamp. Admittedly I was a bit surprised this wasn’t a vinyl release, but I’m not running the label. Anyways, this is well worth £6 of your hard earned, mates.