With a a voice that sounds like he gargles whiskey and gravel every night before bed time, Brian Fallon emerged as this generations pre-eminent blue collar story teller. Cut from the same dirty denim as Social Distortion and Springsteen, Fallon’s hard luck anthems struck an abiding chord with me a few years back and I’ve followed his career with a genuine interest ever since.

Sleepwalkers is his second solo album and the sophomore offering sees Fallon growing as a musician and a songwriter beyond the tried and tested moonshine formula he perfected on The Gaslight Anthem’s ’59 Sound. Sure there’s still plenty for GLA fans to connect with here, the Americana and familiar homespun lyrical themes are all present. Tom Petty, Paul Westerburg, Blake Schwarzenbach…the inspiration of the patron saints of sleepless nights is still evident, but on Sleepwalkers the influences are broader, the songwriting richer. 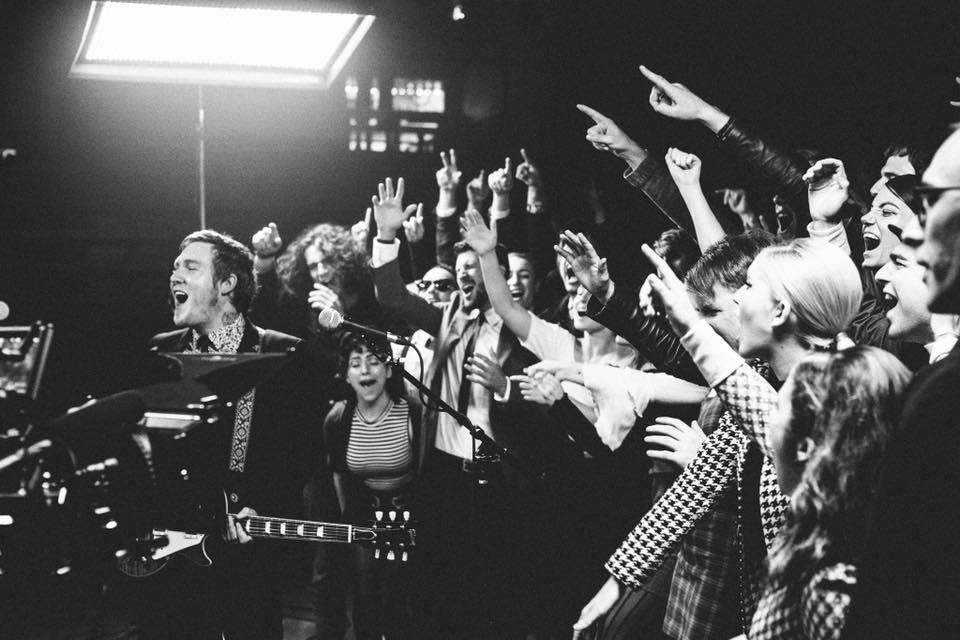 Fallon’s never been shy about his affection for Brit punks The Clash, but he indulges his Anglophilia more fully here. There’s traces of the The Kinks DNA to be found on Her Majesty’s Service and more than a passing nod to The Jam’s soul-punk hybrid on Neptune and Forget Me Not. Indeed, the more I listen to this record, the more I relate Fallon’s bittersweet lamentations with the working class poetry of a young Paul Weller. They both just get it.

Sleepwalkers is a record that struts with soul, swing and swagger, yet it retains it’s humility and never forgets where its from. It’s a record that knows it’s audience, that understands their hopes and dreams, their doubts and regrets. It’s that ‘I get it mate’ attitude that makes Fallon’s songs so fucking endearing and sets him apart from everyone else peddling these wares. I’m no wimp, but goddamn if closer See You On The Other Side didn’t put a massive lump in my throat and make my eyes go wet. It’s earnest and idealistic and soaked in the fullthroated melancholy we’ve come to expect, and you can play that one at my funeral.

What are you looking at? I’m not crying, you’re crying.