There’s nothing everyone loves more than a good fucking riff. Essentially that’s what a lot of good and bad guitar-based music boils down to: how good are the riffs? The stoner rock, metal, doom and sludge metal sub-genres thankfully have bands with abundance of riffs so mighty you could slice a mountain in half with them. The UK scene is proving to be very healthy within those sub-genres  at the moment, this time throwing up an album from UK stoner rock veterans, Desert Storm.

Hailing from the far  distant lands of Oxford (it’s a decent trek from Nottingham anyway), Desert Storm deal more in the Clutch and Black Sabbath end of stoner metal range, rather than the nihilistic hatred of bands like Eyehategod and Iron Monkey. Desert Storm bring forth Sentinels, their second full-length, and first record in four years . 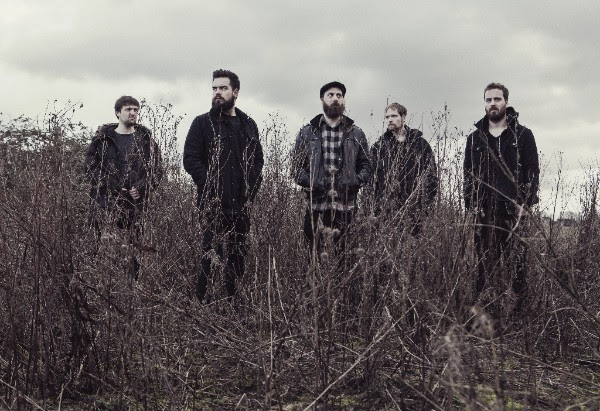 Album opener Journey’s End kicks off with the typical blues-tinged wails and riffs you’d expect from a record of this type. Although quite catchy, it’s nothing spectacular straight out of the gate. However, once this lumbering mammoth hits its stride, the track really does kick into life. When the sludge-esqe vocals start to roar, and the riffs  crank up to eleven, then heads shall start banging.

Similar themes come and go throughout the album. Songs like The Brawl, with an absolute killer rock-out of an outro, or The Extrovert with its classic rock swagger is the album’s most pit inducing moment, that’ll surely get a few pints lobbed into the air when played out live. However, the momentum of some of the songs do tend to struggle to follow  in their own footsteps. 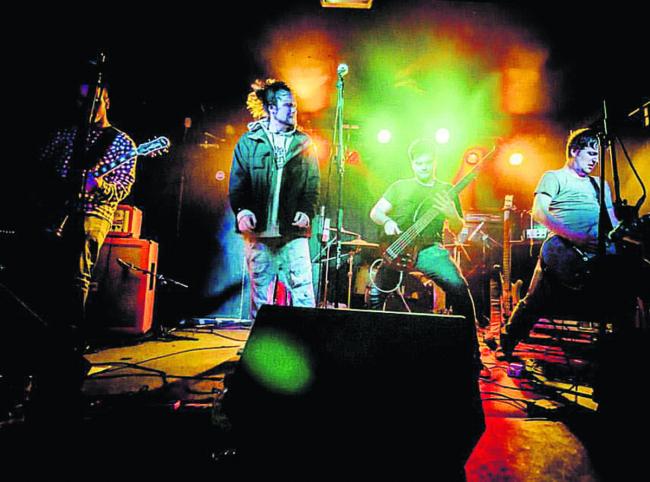 Some parts are absolutely killer riff monsters that could fell a mastodon mid-charge. Yet some parts are the equivalent of a warm can of Fosters. Thankfully the good heavily outweighs the bad here. Most of the time it’s killer riff after headbang-athon after riff. Special shout out to the track The Convulsion, as it’s an absolute fucking beast of a stoner jam that puts Weedeater to shame; definitely the highlight of the entire record.

Whilst far from reinventing the wheel (but then again why would you want to with stoner rock?) Desert Storm have created a grand take on a genre that’s common for sounding overdone and stagnant. Sentinels is one of the better records of this wider genre to come out in recent times. For anyone interested in any of the bands mentioned in this review, this should be essential listening.