There was a time when I followed Fat Wreck Chords something approaching religious fervour, I guess around the mid-late 90s and very early 2000s. They used to drop so much win and so little dross, unleashing some high calibre skate punk records, many of which I still listen to. I feel like after losing their way a bit, they even had something of a renaissance in the mid-2000s with releases from the likes of Against Me!, Rise Against, The Loved Ones, None More Black and so on. More recent years have seen the spawning of some real gems too such as Lagwagon’s triumphant return to form, ‘Hang’, as well as a raft of releases from Teenage Bottlerocket and Masked Intruder, but I’d be remiss if I didn’t point out that the number of bollocks Fat Wreck has dropped is seemingly on the up, while the good good shit seems to be on a downward trajectory. And that kind of makes me sad, to be honest. It feels a bit like watching a much loved family pet in declining health.

And yet, through some odd form of stubbornness (or because I’m a glutton for punishment maybe), I try to keep abreast of what’s going on with the label. Thus, it was with some trepidation that I had a listen to Fat Wreck’s new signing, Orange County’s The Last Gang.

According to the band’s bio, they play “a mix of tough-as-nails punk and bouncing melodies”. OK then. Based on that description, I suppose I was expecting some kind of female fronted version of the Bouncing Souls when they were at the peak of their powers or maybe something reminiscent of classic Fat Wreck band, Tilt. But then I was also told to expect the lead track from the album, Sing for Your Supper to be the type of “palm-muted ripper that made Rancid famous, with a bouncing bass line, a huge hook, and airtight song writing that’ll get stuck in your head for years to come.”

So what’s it really like, then? Well, disappointingly enough, to be honest it feels a bit thin. Like a severely watered down version of The Distillers. The musicianship is competent enough, and I kind of like the drumming, particularly the odd combos that keep cropping up that remind me of classic Against Me!, but I feel that it’s overall not very inspiring. The bass is very Fat Mike-esque which is no bad thing. The vocals don’t seem to have to have an identity of their own – seeming to stylistically borrow heavily from Brody Dalle and Courtney Love.

Looking first at the A side, following the lacklustre opener, Sing for Your Supper, there’s weirdly elements of second track Blood Drunk that remind me of Get a Job off the first Homegrown album. The hook in Salvation for Wolves reminds me of Son of a Gun off Nirvana’s Incesticide. I know we are dealing in three chord punk here, but come on. It’s not as if all scope for innovation has been exhausted, is it? Surely? I suppose if you aren’t that arsed what you listen to, you might well enjoy this, but to me it didn’t feel very challenging at all. 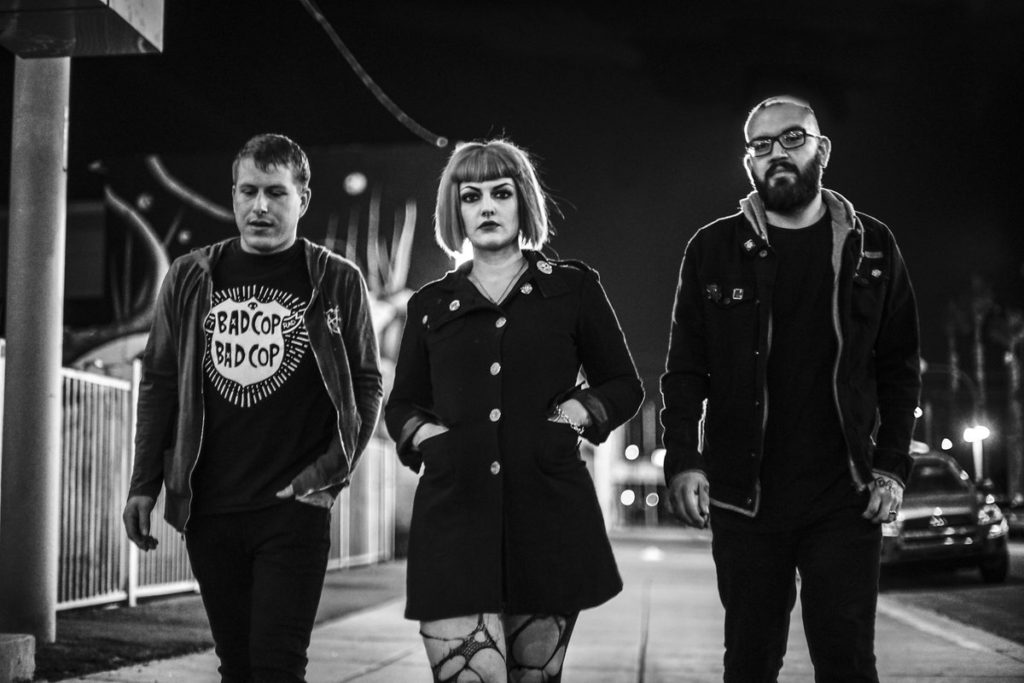 Having said this, the latter side of the album (running through Affairs to Remember, Believe in the Poet, Karla and Identity) I thought was significantly stronger than the previous side of the record. To the extent that it feels like a completely different, more experienced band, and one that has more of its own character. In fact it’s pretty good. This only serves to make the previous half seem all the more amateurish, or like a band struggling to find their sound. I can’t help thinking that perhaps The Last Gang would have been better served by putting out the latter half of the album as a five track EP? Had this been the case, it would have earned a significantly higher score than a regrettable Tony of Nurgle rating of 5/10.

However, as usual, you can and should form your own opinion of the record by listening for yourself on the player below.

You can hook this up from Fat Wreck Chords here on CD, LP or digital download http://www.fatwreck.com/record/detail/995