I picked up on the Worst Witch via Liam DeVello in the UK Nerd Punx Facebook group, when he asked if anybody enjoyed soundbites from The Craft and horrible hardcore punk? Obviously I couldn’t turn down an intriguing offer like that, could I?

I immediately headed right over to bandcamp to investigate further. Upon arrival, I was greeted by a record cover in lurid fluorescent colours with your typical cider guzzling crust punk type black line drawing over the top. It’s here that I see The Worst Witch self-identifying thus: queer positive, anti fascist, feminist, vegan DIY hardcore punk from Bristol / Bournemouth UK. If I’m not mistaken, this crew features Alex CF of emo crust luminaries, Morrow (review of their fantastic forthcoming opus Fallow to follow soon) on main vocal duties. Needless to say, I couldn’t resist buckling up and hitting that play button. Here is your opportunity to do the same:

Of course this recording launches with one of the aforementioned soundbites from silly teenage witch movie The Craft (1996, starring Robin Tunney, Fairuza Balk, Neve Campbell, and Rachel True). It’s a truly dreadful film, and I don’t doubt that at the time it led to many a teenage Marilyn Manson fancying juggalette declaring that they were Wiccan. Anyway, fear not, soundbite aside I found myself thrust face-first into 12 minutes of thrashy, crusty hardcore punk. Fantastic. This sounds pretty much exactly as you’d expect the ugly mutant bastard progeny of Poison Idea and His Hero Is Gone to sound. When those utterly unexpected compulsive dirty skank breaks hit… mate… U R MOSHING. Trust. 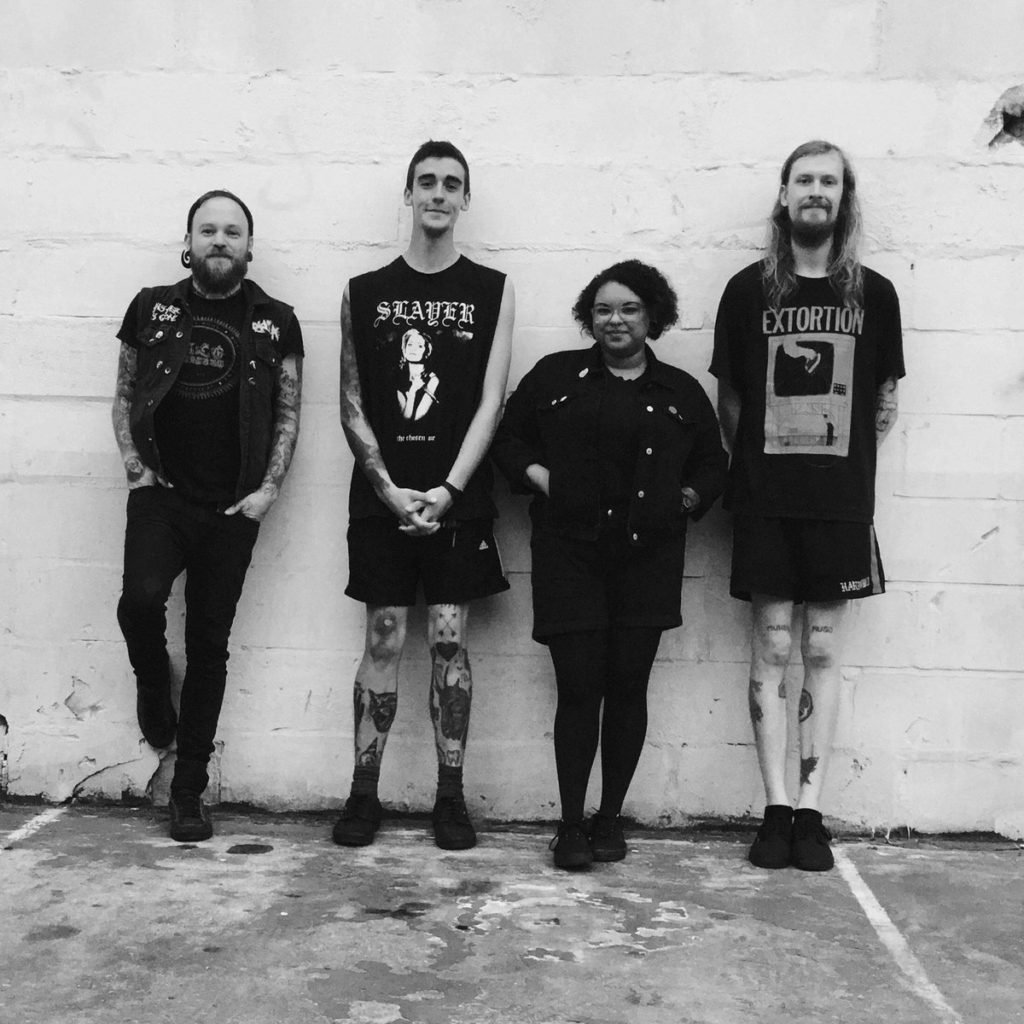 These 8 songs are of a totally appropriate length, with only one over-topping the 2 minute mark. It oozes seething goodtime violence, and those hooks are as barbed as mortal sin. Like being wazzacked in the chops with a hefty chain-bound grimoire, mate. I’m left feeling breathless, stoked and like it’s all over too soon though. But don’t worry, this is one of those recordings that you’ll want to play on repeat anyways.

This EP sees a release on vinyl through Alerta Antifascista Records probably in early summer. You’ll be able to get it from http://doomrock.com/

In the meantime, you can find this record up for free download here