itoldyouiwouldeatyou –Get Terrified 7in (Alcopop Records / Failure By Design, 2018)

ITYIWEY are described as a “UK indie-punk / emo collective”, and they are from London. They’ve got a raft of other material available from their bandcamp page – go check it out.
Full disclosure, this lot had completely passed me by until now. More fool me, I guess for not having my finger on the pulse (standard situation, innit?). I whacked this on without having too much of an idea of what to expect… and it’s ace, mate.

I’d best describe this as fence-sitting between twinkly emo like Algernon Cadwallader, the often sparse noodlings of The Appleseed Cast, and the sweeping mathy indie rock of the likes of Minus The Bear. It also has some blazing, raucous post-hardcore breaks that lift the sound to soaring heights. Think somewhere between Braid and Crash of Rhinos via The Little Explorer and Spy vs. Spy. It’s both gorgeous and raw by turns.
Joey Ashworth from the band describes the thematics of the record thus:

“The world around us is trying to make us forget how to look after each other. It is trying to turn the young against themselves and to co-opt the old. It tells the working class that solidarity doesn’t work anymore, and tells minorities that they are on their own. It relies on cynicism. I am angry, but I am not and will never be cynical. So take the feelings and memories that make you up, realise that they and you are a product of your environment, and change it.

“Get Terrified is about coming home. Realising the answer was here the whole time, and trying your hardest to love – through anger, through disruption and through solidarity. Get terrified, get angry, and scream love until your throat bleeds. We are coming home together.” 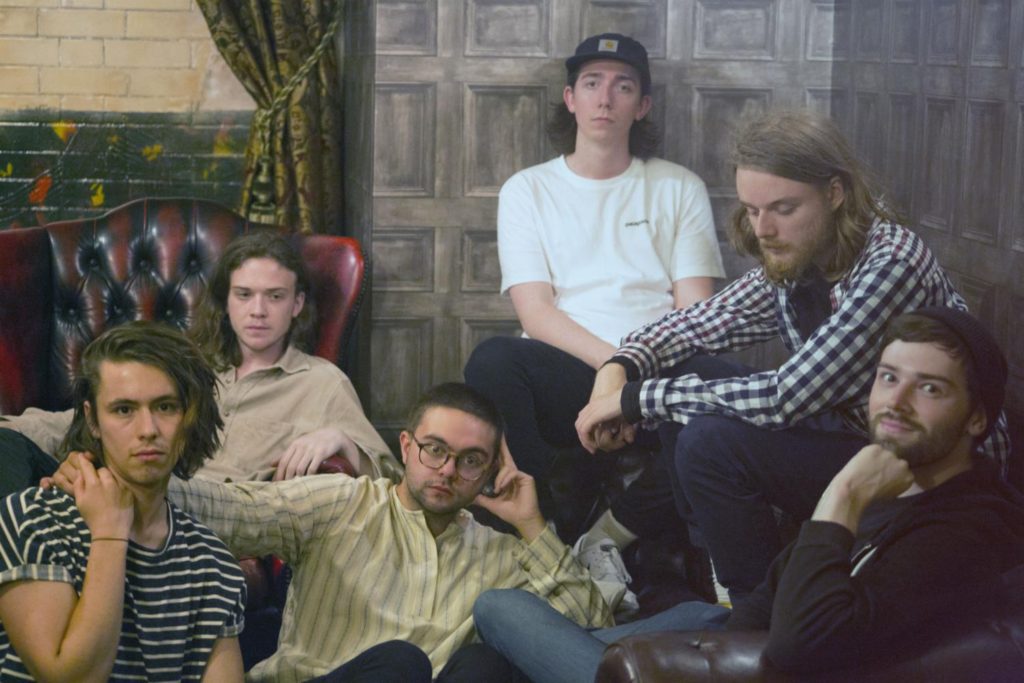 I can fully get behind this. A solid Tony of Nurgle Rating of 9/10.

You can listen to a couple of cuts on Soundcloud here

You can buy the 7in from the bandcamp page (it’s still showing as a pre-order but came out on 20th April). 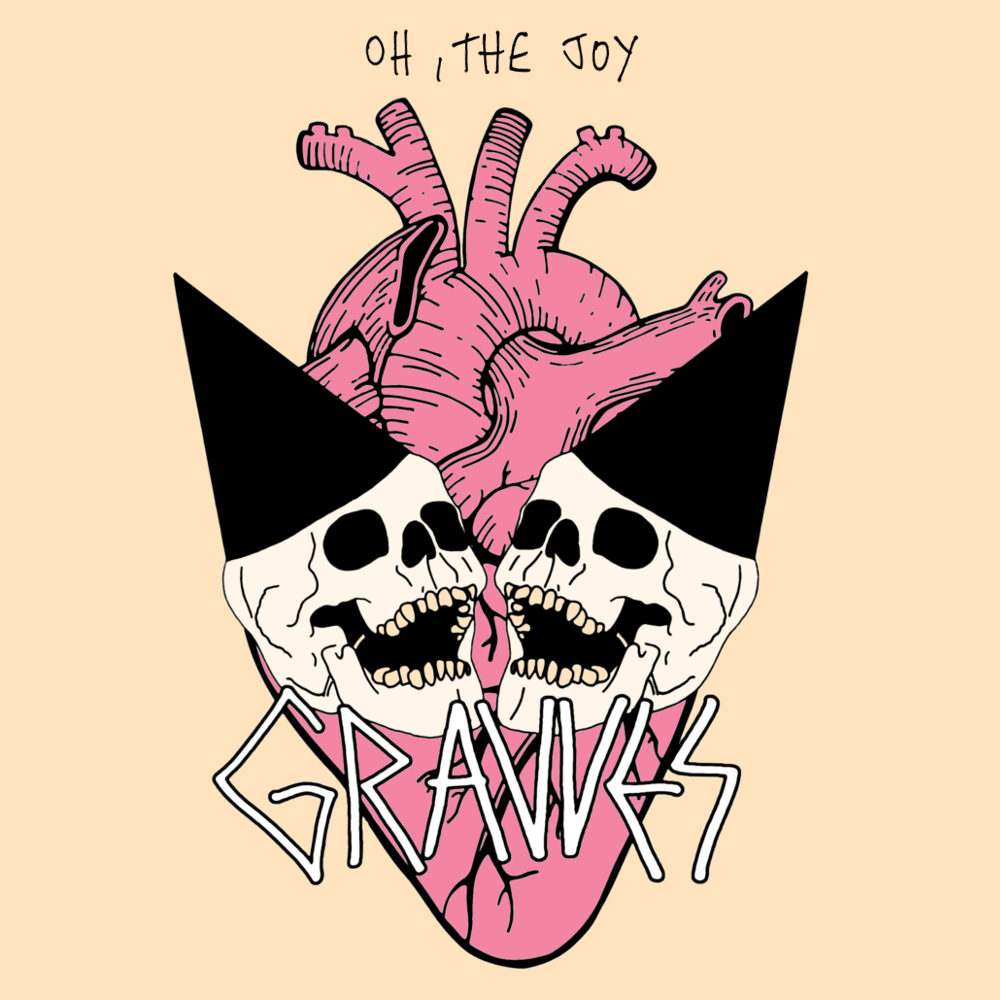 This started out promising, Power Bomb Baby ripping straight out of the blocks with a scrappy, dissonant riff and screamed out vocals. Sadly, this initial element of promise soon lost its lustre. I feel somewhat like Gravves are doing their best to be as abrasive as possible in order to try and fuck with people. However, what I’m guessing is a purposeful stab at producing unrelenting, unsettling dissonant guitar music just feels half-cocked to be honest. 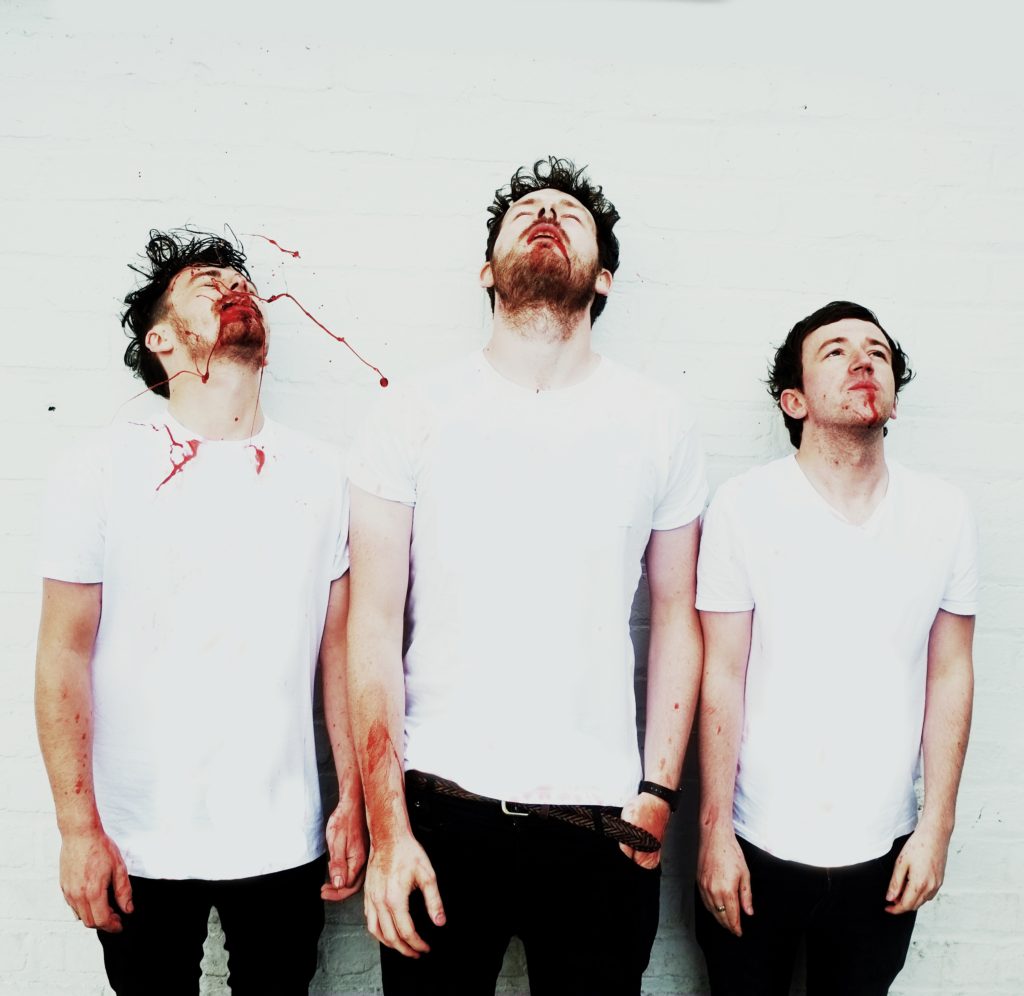 This sounds to me like Gallows tussling with a very shit version of Ink & Dagger (older heads may remember them, a horror themed punk / post hardcore band from Philadelphia that gained a reputation for indulging in vampiric practices, due to a joke that got out of hand) and trying to rock out some kind of Jamie Lenman tribute act. Long story short, the first half of this record is largely fucking awful mate. It’s not as if this is some kind of “young people’s music that I just don’t understand”. It’s just really bad. However, the second half which consists of Sinister Surfer, Hello Sailor and L is for Loner; if Gravves had used these cuts as more of a guiding set of parameters for establishing their sound, this might have been pretty good actually. As it stands, Oh, The Joy warrants a Tony of Nurgle rating of 4/10.

You can check this EP on the player below:

You can order this from their bandcamp page if you so desire for a mere £3. 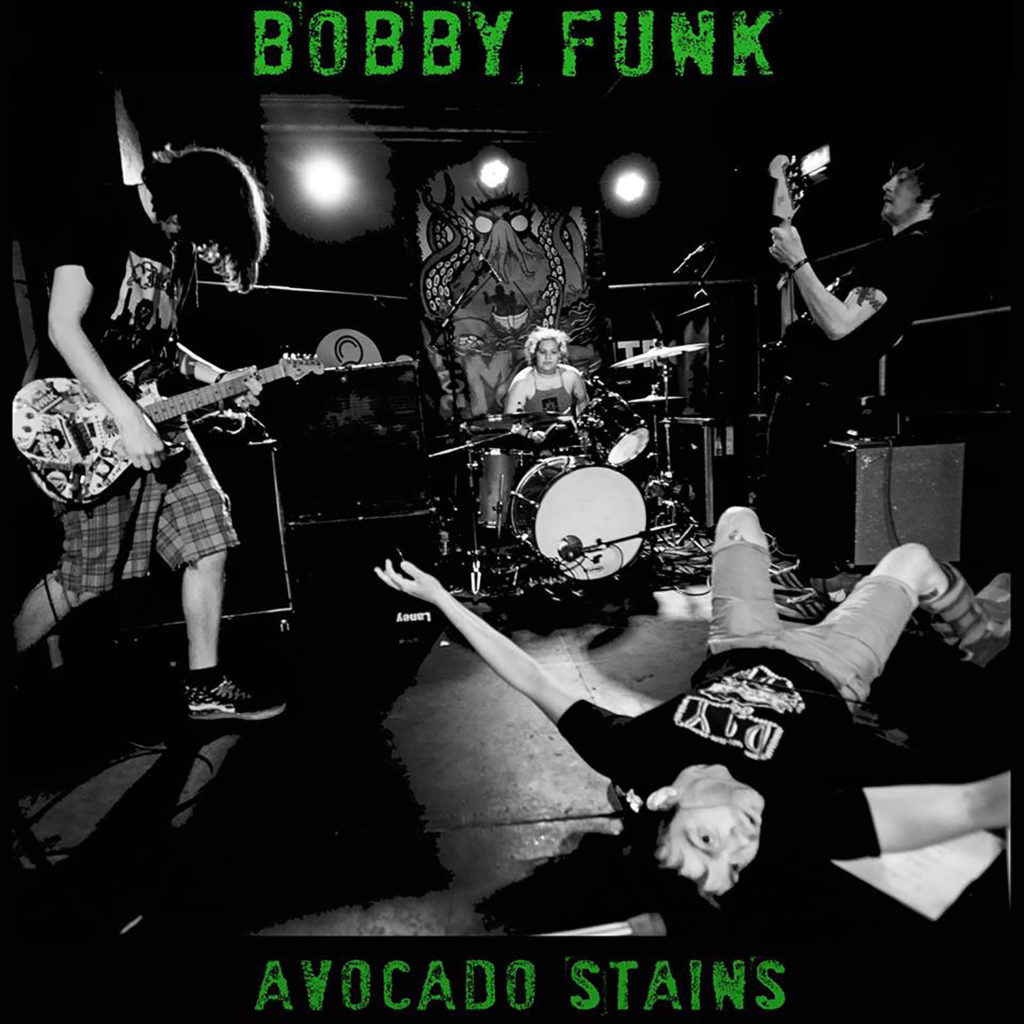 First off, stupid band name. Did not fill me with confidence of any sort that this might be good. Secondly, as far as the press release goes, this lot are a bit of a joke band. Fuck, no mate.

Obviously I’m renowned for being a veritable barren and sun-blasted landscape when it comes to the idea of “fun”. But, let me tell you, although I may seem exist in some kind of humourless drought, I do on occasion like to have fun. I even like music to be fun. I absolutely loathe wackiness in music, though. Fuck that nonsense. I just don’t see the point. It holds zero appeal. And this is wacky nonsense:

“Featuring tracks about drugs, bouncers fighting, calling Johnny Depp a wanker 83 times (yes, we counted), what would have happened if Jason Statham was in Crass and a song about a sick helmet that becomes a sick helmet, there really is something for everyone!”

I feel like maybe I could have been a bit more forgiving if this was even funny; alas, it’s really not. This is puerile, juvenile nonsense of the calibre you’d expect from 15 or 16 year olds in their first “band”. 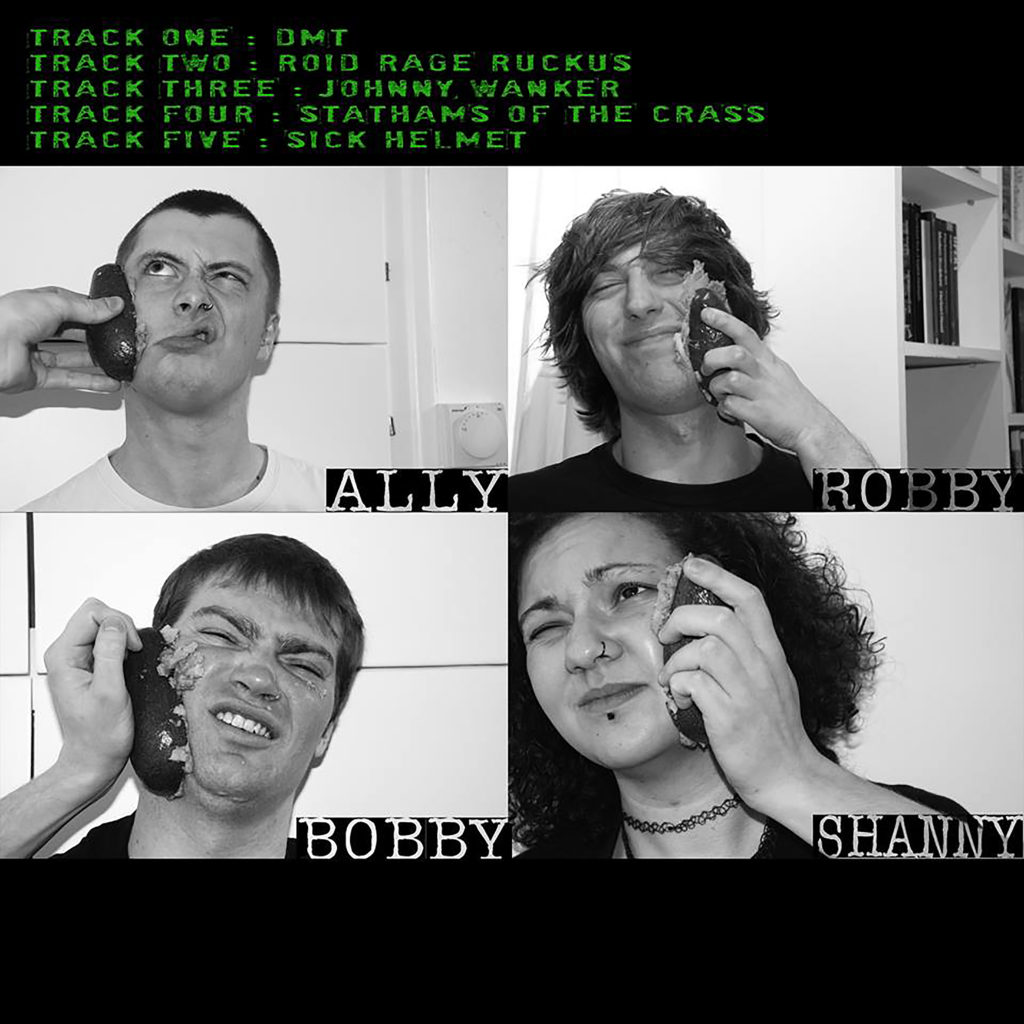 The music is irritatingly all over the place, and the drumming is especially weak. Trying to pick a best track from these five is somewhat akin to searching through a sack of wet dog shit. I suppose Roid Rage was almost tolerable; although this was mainly because it reminded me of Stupid Kid by The Sultans of Ping FC. If I’m being honest, I’d put them on ahead of Bobby Funk every fucking time, mate. About the only notable thing about this release is that it is available on avocado shaped, radioactive avocado coloured vinyl in a limited run of 250 (and no two are the same). Would make an ideal gift for somebody you don’t respect in the slightest. 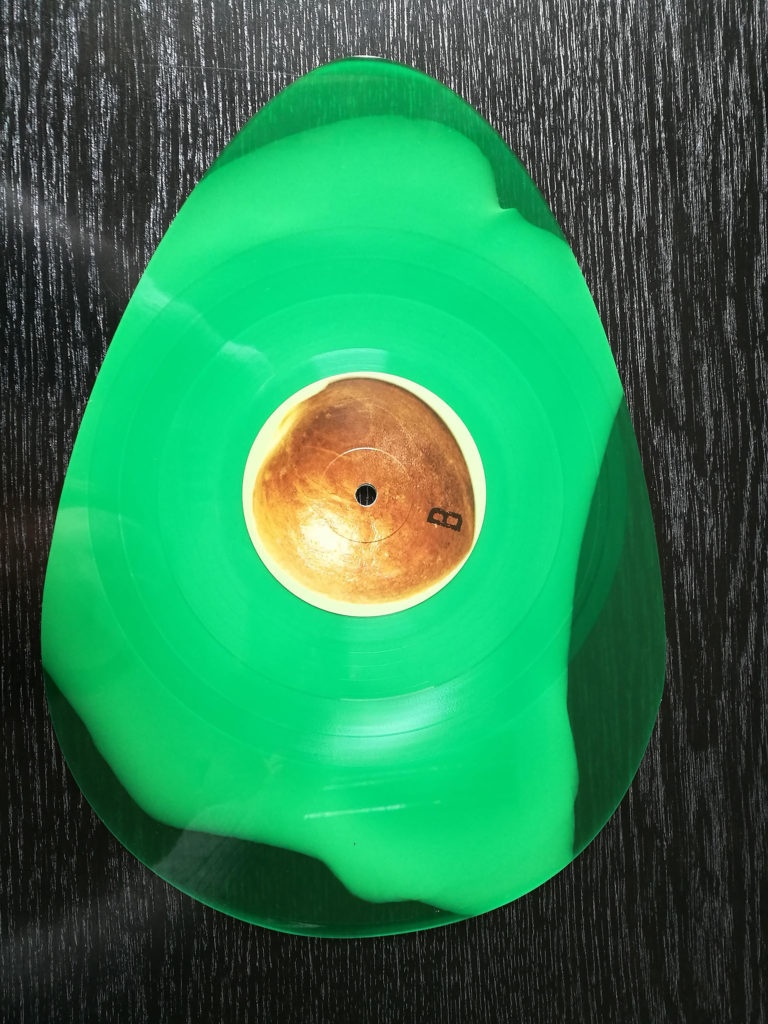 I’d suggest a career change for Bobby Funk: try getting into some traditional Cornish activities like mining tin or making pasties. You’d be making at least some form of worthwhile contribution to society by respectively joining the canning industry or helping to harden fat people’s arteries.

Listen to this release on the player below at your peril:

Thankfully, I think this record has sold out.