This split 7in, as you’ve no doubt figured out from the title, is reppin’ 2 bands from Massachussets. The Prozacs side of this 7in opens up with Ripper. It’s a buzz-saw old school pop punk assault that sounds somewhere in the broad region of early Screeching Weasel, The Queers and The Riptides. It’s hook laden, and acerbic as fuck, and carries with it all the snotty, faux-juvenile attitude you’d expect. Weirdly, it’s about the Jack the Ripper murders in the East End of London, me old muckers, cor blimey guvnor. Obviously, it’s as irreverent as hell, and I think it totally rules in a similar way to Murder in the Brady House (Screeching Weasel).

The second cut from The Prozacs is called Outta My Face, and perhaps, as you’d expect, and let’s be real here, as you’d want, continues in the same vein, and dials up the argy bargy. Obviously bands playing this style used to be a pretty commonplace in the 90s, but there’s still a bunch of them around (check out the Rad Girlfriend Records output for example which is chock full of new bands and classic bands still jamming this shit out). I’d say these guys are a fine example.

Marko & The Bruisers open up their side with We Gotta, I an ode to the wonders of skateboarding meets I dunno, stoke track or rally cry to shred. Whereas last year’s album was “skating” the line (did you see what I did there?) between street punk and old school pop punk, the tracks here seem to be taking on a more early 80s hardcore direction, with We Gotta coming on like Descendents dry-humping Agent Orange.

The second cut here, Bright Lights takes a bit more of a straight up Minor Threat meets The Dead Boys style of attack. It’s brash, vigorous and sounds like it was recorded in 1983. As with the full length album, I’ve got to applaud these guys for being willing to take a chance and put their own shit out there themselves on their own imprint, recording and funding it all themselves.

You can get a digital download for $ from the Prozacs Bandcamp page, where you can also find their previous releases. It can also be purchased on 7in multicoloured vinyl from the same place. 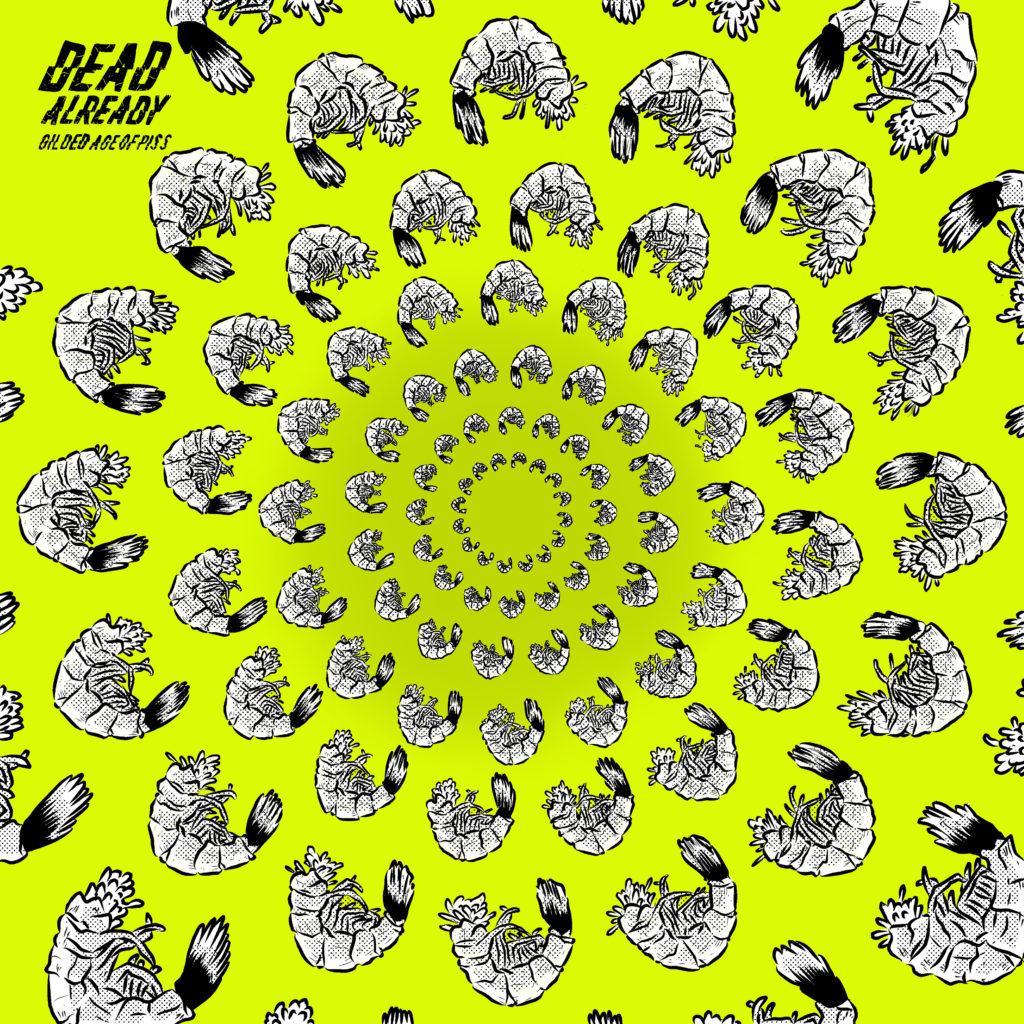 Dead Already are from Melbourne, Australia. Gilded Age of Piss is their second recording, and the seven songs presented here follow on from their two song demo, which dropped in December 2017. I picked up on these guys through the Corehammer page on Facebook. It’s for nerds n’ shit.

Anyways, let’s get to it. What we’ve got here somewhat belies what the record cover might indicate, Quite what the record cover actually does indicate I do not know. It appears to depict a fuck load of prawns forming a floating tunnel against a fluorescent yellow background. It’s kind of like a futuristic version of one of them prawn ring things that you can buy in Iceland (the frozen food shop, not the country – although who knows?). I’m kind of into it. The demo actually has a similar vibe, only with human teeth forming a floating tunnel in front of a lurid pink background. Perhaps there is some kind of theme emerging here? I dunno man. I could perhaps have been forgiven for expecting some kind of bizarre arty noise act like The Locust or Holy Molar or something.

Thankfully Dead Already do not sound like that. Instead, what we have is a different kind of take on 80s influenced hardcore punk. It has that pleasingly rough around the edges feel to it that perhaps implies a preference for enthusiasm over precision – and I think that’s what makes me feel like this totally rips – it has an almost ‘live’ feel to it. It’s a head nodding toe-tapper of a joint for sure. There’s an adequate amount of aggro to this, but it never feels like it overspills into pointless macho posturing. No song overstays it’s welcome – it’s short and to the point. This feels almost like OFF! and Fresh Fruit for Rotting Vegetables era Dead Kennedys have got together for the sole purpose of jamming out Boston style hardcore ala The Rival Mob. Gnarly, dude. This qualifies for the spurious accolade of achieving a Tony of Nurgle rating of 8.5/10.

You can check out a couple of cuts from this on the bandcamp player below: 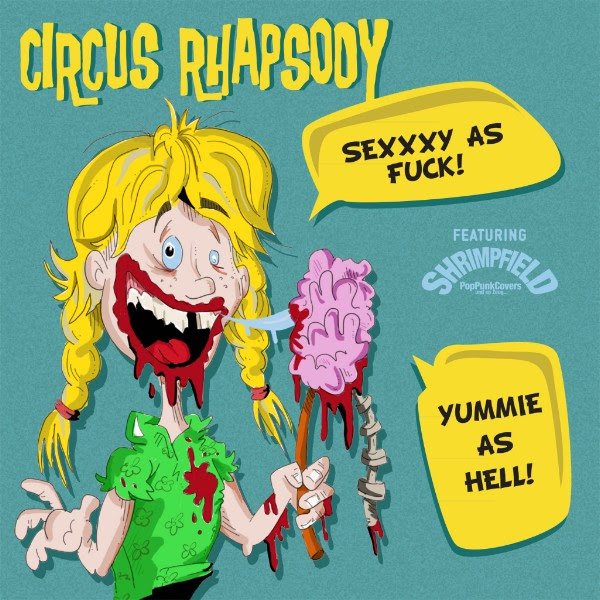 Circus Rhapsody are apparently a gypsy/skatepunk outfit from Berlin. Their tracks on this 7in (of which there are 2) open with Lobster. I’ll cut to the chase. It’s irritating comedy trumpet punk about being a lobster as far as I can make out. I don’t realistically feel that there is a place for this in 2018. It’s juvenile, and not in a good way. I’m not even sure there has ever been a place for this apart from with those wacky circus club idiots that insist on wearing a trilby with a bowling shirt with fire round the bottom, flares and New Rock boots. Second track, Chucky, is marginally better by virtue of not being a ska song, but beyond that, I don’t feel like it has very much to offer at all. Literally anything is more inspiring than this. Even Leftover fucking Crack, and everyone and their dog knows how much I hate those cunts.

The remaining song here is from Shrimpfield, who are (as far as I can make out from the press material) covering a song called Dead & Breakfast by Circus Rhapsody. This one has a better feel to it, to be honest. Ranging from ponderous post-hardcore to 90s Epifat style fastbreaks and chorus. The harmonised vocals in the chorus parts kind of remind me of Swedish bands like Millencolin (when they used to be good) and Adhesive. And to be honest if I wanted to listen to something that sounded like that, then I’d just put on a record by one of those bands instead.

Get this shit off my radar immediately. Tony of Nurgle Rating: 2/10.

You can get it from Umlaut Records, I’m guessing, but I can currently find jack shit about how to go about it.