These lads have been ‘round the block many times, often tinkering with each other along the way. Garwood played on the last two Lanegan solo records and even toured the last one with him, for example. Even if you didn’t know these fantastic facts that I’ve just provided you with, you definitely get a sense that this writing / recording partnership is extremely easy-going, concrete and, above all, fruitful.

I like to picture two old blokes getting drunk together and deciding to break into a studio after last orders in order to record Save Me; we’re not talking happy drunk here, by the way: this first track is a brave one to open with as it’s ultimately more depressing than (and sounds like) the Beta Band all dying in slow motion in a plane crash, whilst deciding to play one more song with only a drum machine, synth and a delay pedal at their disposal. 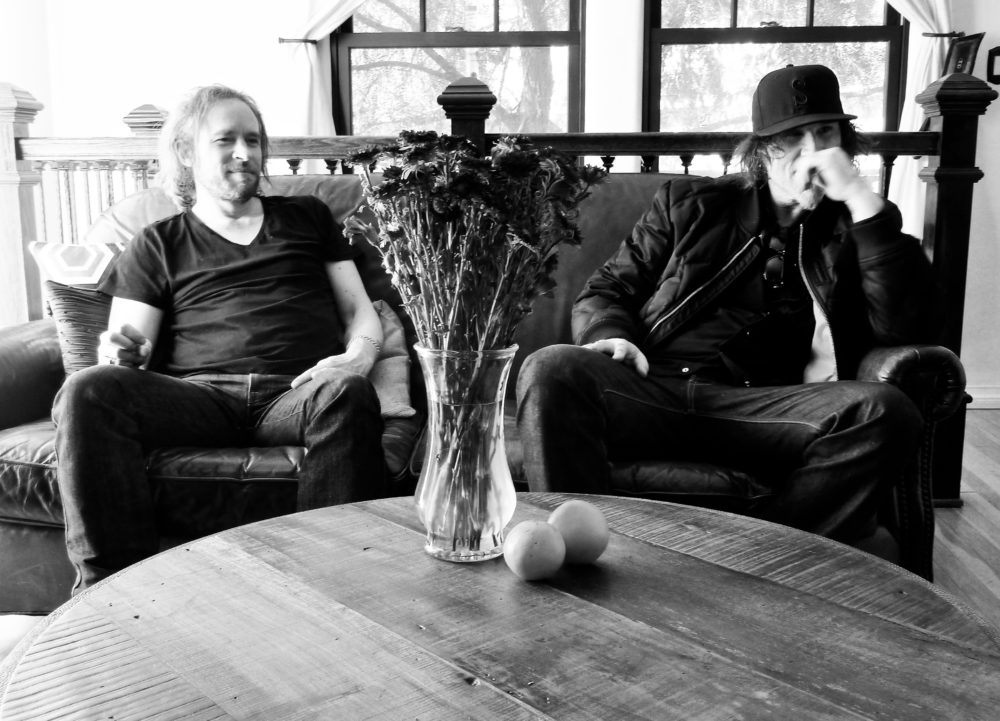 Feast To Famine carries on with this theme somewhat, albeit in a more bluesy vein. The guitar has undertones of patent melancholia and heart-breaking detachment; so much so that, if it was a person, it’d be an ancient, bearded, thoroughly retired funeral director sat slumped in the corner of a
bedsit, gracefully but futilely drying away tears that have long since dried anyway because he’d been lamenting his wife leaving him for an overly positive lifestyle coached named Graham, some years before.

It really is saying something that Upon Doing Something Wrong adds a very thin slice of optimistic buoyancy to the album because it’s still beautifully sad, in a Neil Young kind of way. The musical and lyrical refrain and some of the changes are explicitly apologetic, adding to the burning anguish. 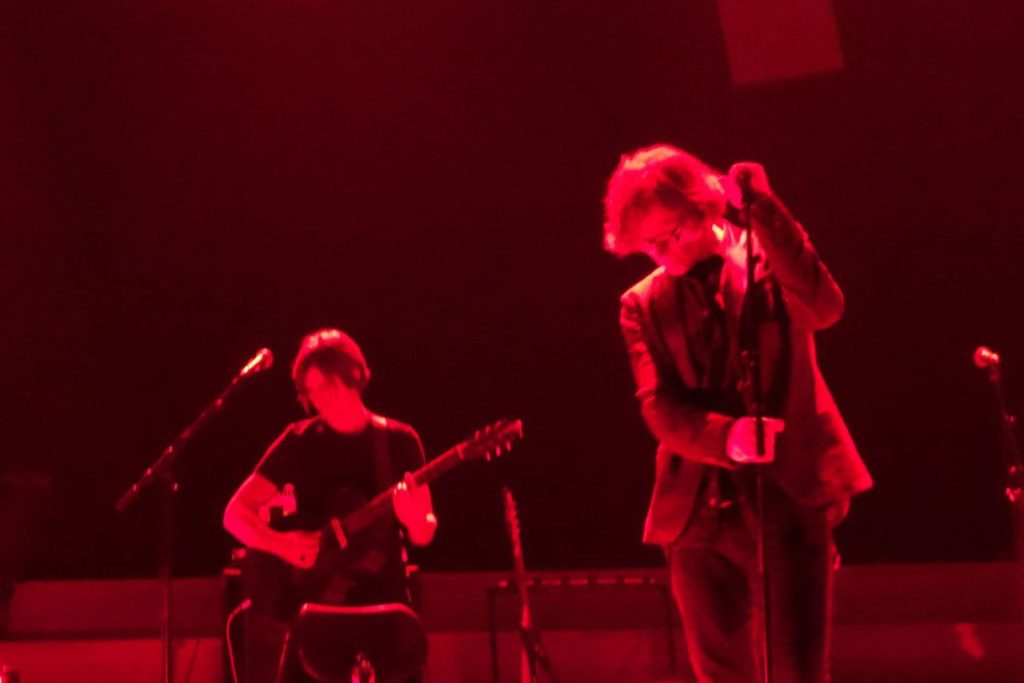 The guitar in L.A. Blue has still yet to come out of his corner. In fact, he’s now on the floor, having sunk into a self-pitying coma with no chance or recovery and most certainly, zero chance of redemption. The refrain of, ‘Won’t you miss me baby?’ makes the more mordant members of the
music appreciating community want to reply with, ‘No. No, she won’t. You out-and-out miserable bastard’.

It’s safe to say that Lanegan and Garwood are going for the jugular here when it comes to self-reflection and the sadness found in regret, achieved with minimal use of the studio and the instruments therein. With Animals sounds like it could have been recorded outside (with actual animals roaming around) in some kind of desert or desolate forest scene. It sounds like a licking-your-wounds retreat from upset and emotional torment, a trait that is (depressingly?) stereotypically male. I have done this many a time, for instance; mostly when I’ve stubbed my toe or forgotten my fiancée’s birthday.

I thought it was great. You can check out a stream of the album on the Youtube player below: