During the 2000s, Apathy & Exhaustion’s tireless editor Tony was the co-owner of Roadkill Records, a punk shop haven located in a part of Manchester with a minimal amount of road traffic. The counter there was a place to find a deep well of satisfying music talk and cynical humour, much like the website you’re reading this on. I remember a lot of conversations that I had at Roadkill, partially because my memory is weird and partly because I used to spend hours hanging around there, shaping my young mind into the knowledgeable quip organ that you’re today familiar with. On one occasion a group of us were talking about things we liked that were outside the punk sphere, and I redirected the question towards our man Nurgle. “I don’t really like… anything.” Laughter, as Tony considers the potato lunch that we were previously discussing. “I like chips.” 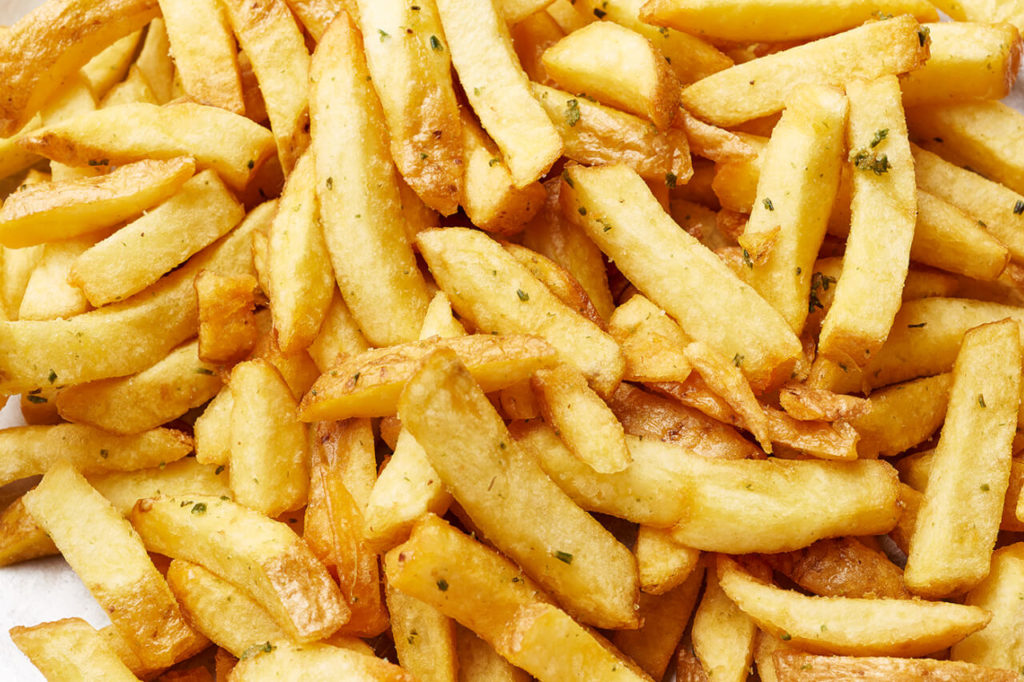 Tony will probably tell you that he can respect anything that keeps it real, but as the above story suggests, his interest has always struck as more about staggering depth than unwieldy breadth. So where did this assignment come from, a hip hop album put out by independent backpacker collective, Doomtree? It quickly became clear upon first listening to 6666, or at least explainable. The two artists that make up Four Fists, Astronautalis and P.O.S., have organic roots in the punk scene, and it shows on this album. P.O.S. has been in hardcore bands such as Building Better Bombs, and Wharf Rats with members of Anti-Flag and Gallows (thankfully for Tony’s blood pressure, not his go-to journalistic punching bag Frank Turner). Astronautalis had his last solo album out on SideOneDummy Records, and drops most of the mohawked easter eggs here, with references to Minor Threat, Suicidal Tendencies, Superchunk, skateboarding and Sid Vishis (but sadly, considering he’s a Florida boy in his thirties, no Hot Water Music or Against Me!). So it’s a rap album simmering in punk seasoning: a crossover of genres that I’m considering trying to write a book on.

Then there’s Joe Strummer, to whom we find significant dedication nuggets on at least three tracks. Strummer hasn’t featured this heavily in hip hop since St. Pete’s conscious fusion ensemble The Real Clash were innocently touring the area, back before their name was TRC but after it was The Real Clash of The Titans (I’m fairly sure they’ll be represented by a symbol by this time next year). The amount of revolutionary dissatisfaction present on 6666 certainly evokes something like Sandinista! and the early steps that 1980 album took in making hip hop a global phenomenon. There’s the once again despicably relevant Ivan Meets G.I. Joe, where the Cold War superpowers forgo killing us all in favour of a dance contest, or The Magnificent Seven, where Joe raps over a funky beat against the shitty grind of employment and shopping and the violence that underpins the whole rotten thing.

The thematic centrality of Strummer this long after his 2002 death, not to mention his heyday as a musician, suggests that the concern for Four Fists is not that there is No Future For You, but that the future ain’t what it used to be, like an album by London producer Burial. “Joe Strummer’s been dead for too damn long/And now we’re all just numb to what’s gone wrong.” Optimism and forward momentum are like fossil fuels, mined from the dumps of the past because the fields today are giving out diminishing returns. Jeff Rosenstock did a similar thing on his POST- record earlier this year, longing for the old master to come back and help us. Well he isn’t going to, okay! (A review of Rosenstock’s forthcoming Antarctigo Vespucci album is coming soon.) The work of the various producers here reflects a kind of mourning for optimistic sounds too yet manages to be exciting. It’s often electronically futuristic but covered in dust and grit and sulphur. The combination of darkness and vitality found in the name Doomtree is present. Occasionally I want the tracks to amp up just one more notch and am left wanting, but I’m not sure if that’s a bad thing.

Another way that this view of slipping time shows up is in the album’s sense of urgency. As far as the luxury of making gradual changes to the economic beast that enslaves us goes, those days might fast be coming to an end. Images of fire and insurrection run all the way through 6666. Opener Nobody’s Biz is about being in favour of guns for defense against cops, shocking your liberal friends being a worthy pastime. (Chorus: “I want a riot white riot white riot of my own” — Four Fists are a black/white duo, for the record.) My own thinking has evolved on this over the years, in a way that’s not just romanticising the notion of “strictly self-defense or for revolution” (as my man Rakaa Iriscience once said), even though that essentially covers it. There’s a difference between believing that a society would be better off were it not filled with murderous weaponry, and seeing, first-hand, the towering heights of structural violence directed at regular people, and how those people might protect themselves. This insane country will radicalise anyone, even if, as in my case, it’s from a fairly radical baseline. I expect I’ll be labelled a mad wannabe yank by people back home, but if I understand correctly it will be my right as a wannabe yank to stand my ground and shoot you for invading the space around my fragile sense of self.

On the chorus of Joe Strummer, Astronautalis laments that “We don’t fight, we don’t riot/Even when the war’s outside our door.” There’s a feeling among the militant Ted Rall’s of the world that at some point the cultural divide over the gun issue is going to leave us fucked, and it’s bedtime for democracy (whatever that muppet stuffed with cash is worth at this point) and hello Handmaid’s Tale. Still, I don’t actually learn how to fire a gun because that still seems fucking absurd to a boy raised in Timperley, and it’s not like my own two skinny fists and freegan diet are going to help much when the shit hits the fan. But then maybe my reasoning that I will simply escape to the motherland when events so far haven’t inspired me to is getting equally absurd. Jesus, this got dark… Over the pumping dark electro beat of Annihilation (from producer ICETEP), the Fists are joined in the album’s only feature by Sims. The track rails against the idiotic priorities of the corporate gentrification state, that we may as well burn down “like a strike anywhere match” before it inevitably burns itself down with us inside (“Water startin just to look like luxury/Oil starting just to taste like food/God really just must love ugly?/Or he never just listened to you”). 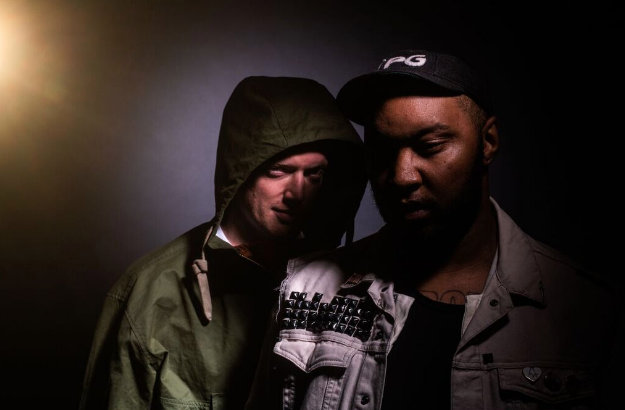 Several cuts have themes that are slightly less hopeless and warrant some thoughts. On the echoey, dubsteppish battle track Bobby Hill (“that boy ain’t right but he’s all I got” being perhaps how many Americans feel about their nation) someone is accused of being “old and irrelevant like KRS-One.” I’m glad to hear a critique of the once great KRS as he goes down the Dale Gribble rabbit hole of insane conspiracy theory bullshit, and the drawing of a dividing line between that world and the dissident left. Coriolanus is about trying and failing to deal with your demons. P.O.S: “That out of step with the world’s/A common refrain/To every stretched out T-shirt teen/Who thinks the world is mean/And every girl who finds her chest obscene/Cuz her friends have dads/And men are fuckin trash.” Sid Vishis cracks and crunches under colourful keyboard ruffles, an anti-materialistic sequel to P.O.S.’s Fuck Your Stuff that’s sure to be a cranked up live favourite (“I got lotsa nothing/Steady clogging up my living space/I can’t give away enough to salvage what is truly great”).

The classic cartoon imagery continues on Dork Court, part digital media dismissal and part amusingly harsh out-of-nowhere disses (“Don’t try to tell me J. Cole’s worth a listen/He just writes the same shit over/Like Bart in detention!”). There’s a strange — but many would say always welcome — bash of Noel Gallagher, although in “the nice one’s” defence he did have one of the best opinions on the Brexit trainwreck that I’ve read throughout all these years of uncertainty, as the March deadline looms ever closer to stripping us of a layer of citizenship. Ah, to hear Strummer’s nuanced opinion on that juxtaposed with Johnny Rotten’s! On the album closer Unjinxed, the attitude seems to be that if you can’t go home anymore, go big. Under a gorgeous and wild beat of swirling, machine gun electronics and housey pianos with an Avalanches texture, we are given one more cup of Joe to enjoy, in which he rambles about love and positivity and chaos in a chaotic and comforting way.

If you’re a fan of Run The Jewels there’s a good chance you’ll get a lot out of this long-awaited debut Four Fists album. The menacing bass vibrations, colourful sprinkle blinks and angry messaging remind of Run The Jewels 2 in particular, and unlike Killer Mike’s pro-gun messaging, I don’t think P.O.S. and Astronautalis are going to be played like fiddles by the NRA. With a similar South-North contrast in their accents, P.O.S delivers much faster than his counterpart, coming in like a reminder that movement and action must accompany contemplation. I once saw Astronautalis perform in Tampa, and got to meet him, but I’ve never really noticed P.O.S, which I now see has been a huge mistake on a par with not really delving into Propagandhi until I was 21. This music, despite the title, is not by the numbers. 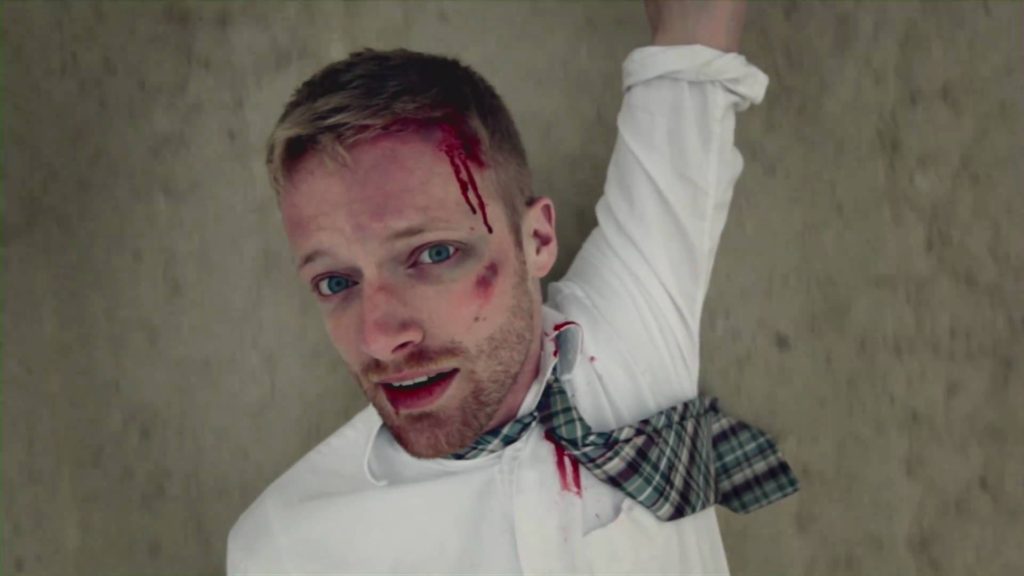 The Four Fists is an F. Scott Fitzgerald short about a man who learns lessons from the punches he takes to his mug; a sentiment captured in the humble strength of the 6666 title track with its self-doubts and closing refrain of “I ain’t dead.” That’s the sort of attitude we’ll have to have to our licks if we are ever to see the day when we emerge from under our literal shitstorm (see the recently hurricane hammered hog waste mega farms of North Carolina). And I suspect, when those days come, that rather than the Clash of fast guitars blasting through speakers to keep revellers moving, it will more often sound something like this.

6666 will be releasing on October 12th, and you can see the approximately six thousand six hundred and sixty six different pre-order bonus items at Doomtree. You can also hear the three preview tracks at that link. Immediately following the release, Four Fists are doing several months of touring through the U.S. and Europe (Manchester, but not Florida, go figure).