Here we go. Another Springfield, Illinois band featuring the talents of Luke McNeill of The Copyrights (and Hospital Job). This time out he is joined by fellow Hospital Jobbers and members of Attic Salt. Seemingly they are named after a defunct line of sportswear, and play a new wave inspired brand of power pop with synths. Alarmingly, they recommend that people should listen to their debut LP, Decisions whilst playing Blades of Steel on the NES. Er, it’s a bit of a niche set of circumstances, that mate? Decisions follows a 7in record released through It’s Alive! Records called Preferred Stock, which the keen can obtain on lurid yellow and pink splatter vinyl.

Other information I have checked on this mysterious release informs me that they theme their output around items of dead technology and classic sports team logos. Verily. I suppose that would stand out from the typical punk rock themes of being left wing, hating cops, feeling betrayed, feeling heartbroken etc.. However, tracks such as Authority Problem and You Had Me at Goodbye are clearly a bit more traditionally themed. 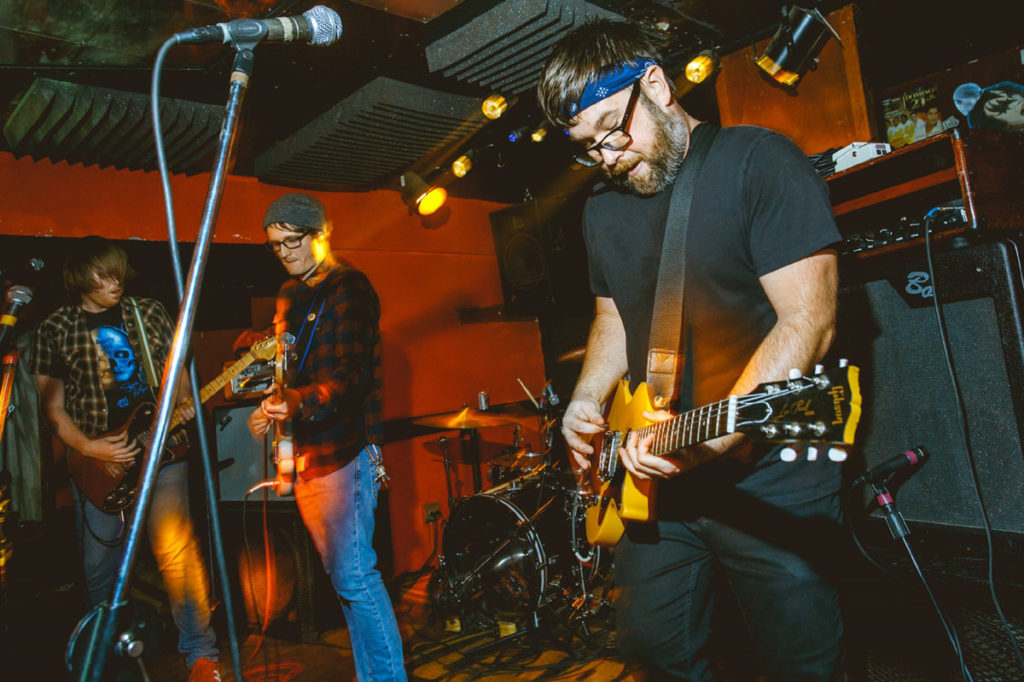 Overall, I think I find this veers a little bit too far into sickly sweet territory to have an overly enduring appeal for me personally. However, I can readily imagine that this would probably float the boat of people that are heavily into Masked Intruder. If you can imagine The Ergs! Having eaten so many sweets they lapsed into some kind of toxic sugar coma, whilst listening to the second Nerf Herder LP, then I’ll suggest you get the picture. Plus admittedly, the synths I find a bit annoying – these are tempered somewhat by the powerhouse drumming in evidence here.

Top cuts: 16 Bit; Authority Problem; You Had Me at Goodbye; Darker Than Space; and Loud Loud Brain. For the above mentioned reasons, this rates a Tony of Nurgle 7/10.

You can check this on the player below: