I’m pretty sure thousands of old punks have had the same conversation for 10 years over crusty pints of overpriced artisan organic craft ale: “is it really proper punk, though?” You know, because Sleaford Mods don’t have guitars with shit amps, an overweight drummer and UK Subs tattoos. They have a microphone and samplers and keyboards or whatever, and they look more like they should be rapping in those – gasp – baseball caps? Chill out, of course it’s punk. It may have evolved with grime and hiphop and electro, but it’s just as unapologetic, just as bleak, just as snarky. Trying to define it as a subgenre makes you sound like a right knobhead. 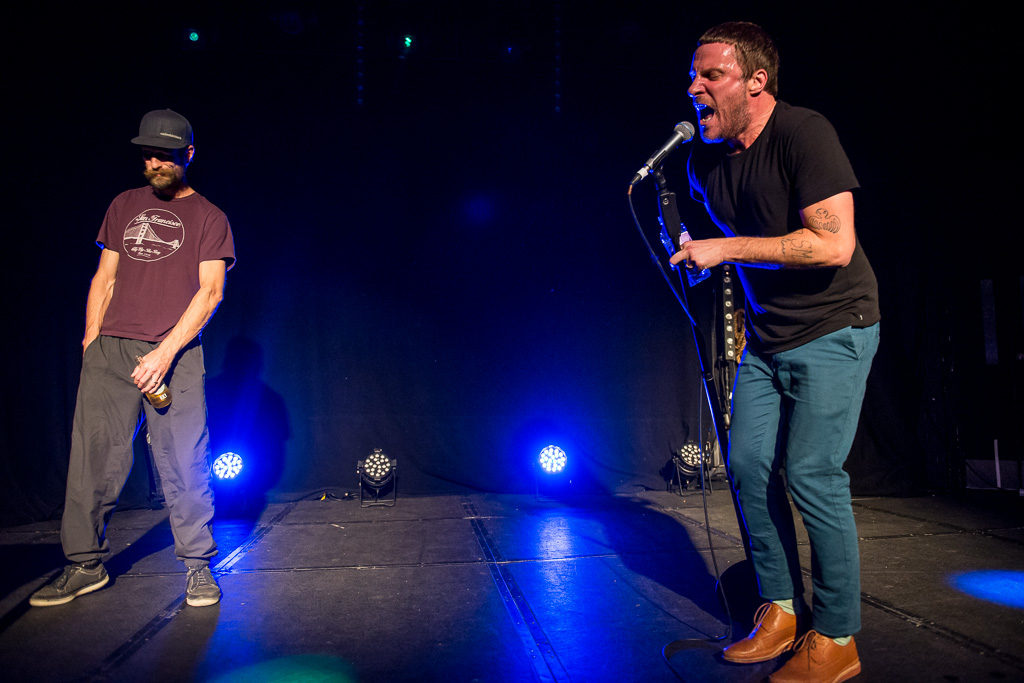 Sleaford Mods are still shouty and pissed off. Eton Alive is more of the same bollocks that fills the moshpit with rowdy youngsters and grinning old farts across this divided land. This is the music that has made them media darlings and live favourites, fuelled by the farce of a full English Brexit in a country chopped up by thieving landlords and racist toffs. It’s the sound of the working class, the broke and broken. This is what you get when England’s up shit creek.

It’s the details that continue to impress in Sleaford Mods’ music; all exploitation TV and sneaker colourways, muscle supplements and white dog shit. It resonates because you spent too much last week on things you don’t need, you know it, and you’re going to try to forget about your bad debt by drinking heavily. If you can’t relate to that – or are just in denial – it’s not going to be for you.

Eton Alive sounds mellower than previous Sleaford Mods’ albums, the backing tracks not as intense, Jason Williamson’s vocals less harsh. That’s not to say it’s tame, but tracks like When You Come Up To Me stand out because they sound more like 5am Sunday morning regret than larging it the night before. Or maybe we’ve just gotten used to the racket, the relentless fuzzy beats and locals-only accent. It’s bleak, but with gems like “Graham Coxon looks like a left-wing Boris Johnson” there’s gallows humour in the face of adversity. Yeah, the country’s fucked, but that’s not going to stop us getting on with life. What else are you going to do?