Probably pretty much everyone knows by now that Cokie the Clown is Fat Mike’s (of NOFX / Fat Wreck Chords) alter-ego. Basically, a solo jaunt in which Fat Mike dresses as some kind of clown / itinerant vagrant and sings and plays acoustic guitar.

On the surface, I suppose you can call this some kind of performance art. Looking deeper, this in fact seems to be a deeply personal project, in which Mike lays bear his soul. The songs collected here could be described as expressions of regret, shame, deep-seated fears and matter of fact recitals of some very dark events. As Mike himself has said of this opus: “I fuckin’ peeled my skin off for this record.” My reading of this is that although this appears to be an exorcism (for want of a better expression) of personal demons, that his shame is so strong that he feels he needs to do so from behind a “mask”. In order to bare his soul, it’s as if, almost paradoxically he needs to hide his true face. I’m kind of put in mind of that quote from the Weakerthans track An Elegy for Gump Worsley for some reason: ‘If anyone asks, the inscription should read: “My face was my mask.”‘ 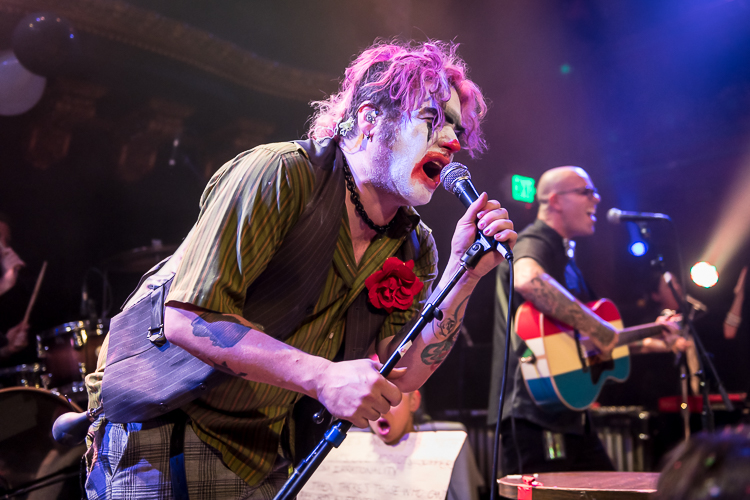 Public opinions on Fat Mike tend to veer wildly between hero worship and thinking he’s a prick. He’s a polarising individual. No question, he’s done and said some dumb shit, and he’d have people believe that he has no fucks left to give. I suppose he’s adulated enough not to care. My opinion of Fat Mike’s music? I love loads of NOFX records, and loathe the others. My opinion of the man himself? I’ve never met the guy – certainly he seems nihilistic and self-destructive to the point of absurdity. Some of the shit he comes out with or does is pretty excruciating. He seems like an arse, but it’s entirely reasonable that the outward image he projects is a form of armour, much as I interpret the Cokie the Clown persona.

My opinion of the Cokie the Clown record… well that’s not as straightforward a thing to determine as I’d hoped.
Thinking the guy is an arse definitely coloured my preconceptions of this record, and I went into this sure that I wouldn’t like it. Weirdly I’ve come out of this thinking he’s an arse, but quite liking the record. Go figure. 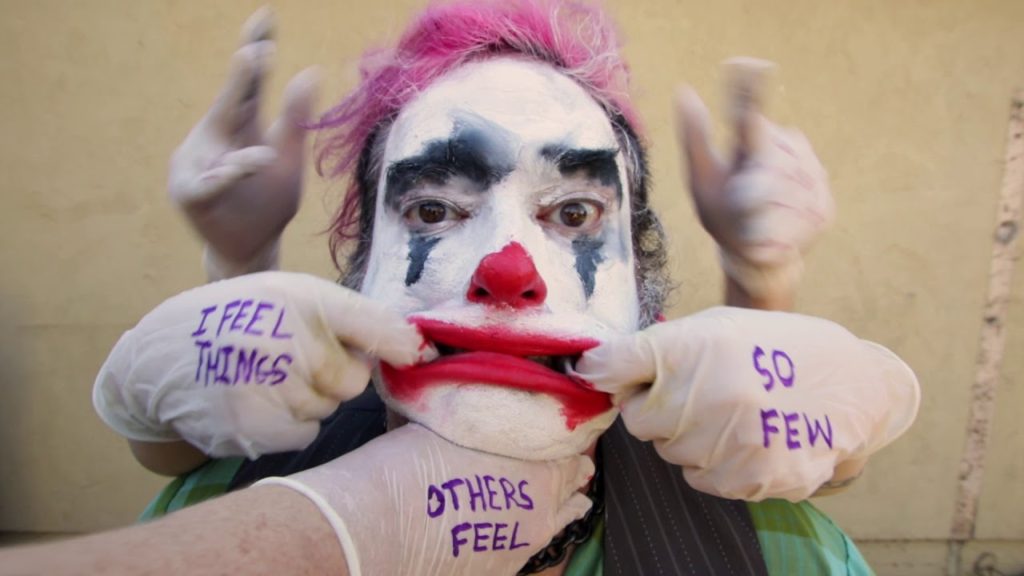 The tone of this entire opus seems like a sordid, squalid confessional. As I said earlier, an exorcism of personal demons. The delivery of the material seems to stride an awkward line between being deadpan, plummeting in to an emotionless void, and some weird form of pride. This makes the record an ordeal to listen to – particularly numbers such as Bathtub, That Time I Killed My Mom and Swing and a Miss – the matter of fact narration is horrifically haunting.

If you are feeling emotionally fragile, I’d suggest giving this record a wide berth: subject matter here includes (but is not limited to) suicide, euthanasia, drug abuse, alcoholism, fetishism, sometimes in combination. It’s raw. The songs are well composed and arranged, which does make this a compelling listen. Not an easy one though. As good as this record is, I don’t imagine I’d want to listen through this personally guided tour of Fat Mike’s mental sewer on a regular basis. Tony of Nurgle rating: 8.5/10