I have a lot of affection for Good Riddance, me. I’m sure in the wider circle of the punk scene this probably makes me even more un-cool than I think I am already, but whatevs, mate. If folk are willing to be honest, some Good Riddance albums stand the test of time. Sure, there are some that probably aren’t so great, but in a career that spans 33 years (since their inception in 1986, although admittedly, the first few years they didn’t so much function as an actual recording band) and 9 studio albums, that’s bound to be the case. Given that the two most recent albums (My Republic and Peace in Our Time) have been pretty great in my opinion, I’d been keen to hear Thoughts and Prayers, especially after hearing the first songs they previewed from it some weeks back, Don’t Have Time and Our Great Divide (although admittedly only once each).

Sure enough, people like to debate (or at least in my idle moments, I like to imagine that they do) what the best Good Riddance album is. The imaginary debate breaks down something like this:
Ballads from the Revolution (1998) – the actual and only correct answer
Operation Phoenix (1999) – the closest realistic contender
Symptoms of a Leveling Spirit (2001) – the choice of people that like to think they know what they are talking about
For God and Country (1995) – the choice of wannabe OGs trying to look like they were “down from day one, guy”.
My Republic (2006) – the best by far of the more melodic offerings
Bound By Ties of Blood and Affection (2003) – the choice of those amongst our number with clean shirts and soft hands

Obviously, there are two more back catalogue studio albums, but even I’m bored of this now, so I can’t be arsed to include them, and… face it, you probably don’t care. Anyway, all fucking about asides, let’s get to business.
So yeah, I’ve been listening to this quite a lot over the last week and a half. It has provided the soundtrack to many a car ride to and from work. However, forming a fully fledged opinion on this opus has proven to be something of a challenge to be honest. It sounds pretty much exactly as you would expect a Good Riddance album to sound. It’s clearly and distinctly a Good Riddance record: The guitar tone, Russ Rankin’s voice, the overall melodicism (if that’s even a word) barely holding in check pounding, dynamic savagery.

And yet, I feel a bit like there is something missing. It’s not the intelligent and politically astute lyrics. The line-up is a classic line-up with Sean Sellers on drums (albeit with a shaved head, seemingly), Chuck Platt on bass and Luke Pabich on guitar. I’ve spent a good deal of time trying to figure out what the hell is lacking here for me.

It’s not a matter of needing the immediate pay-off of records like Ballads from the Revolution or Operation Phoenix. I feel like I’ve probably moved past the point of needing to bed this record in, too, so it’s not a matter of this being a “grower” either. What I came to realise was that as a record, it just wasn’t proving to be all that memorable. Sitting idle, I’ve spent time trying to remember tunes or lyrics from this album, but … no dice, mate. Even though I’ve listened to this album ALOT (man, I’ve put the hours in on this one) none of it is sticking in my head even as I’m listening to it. 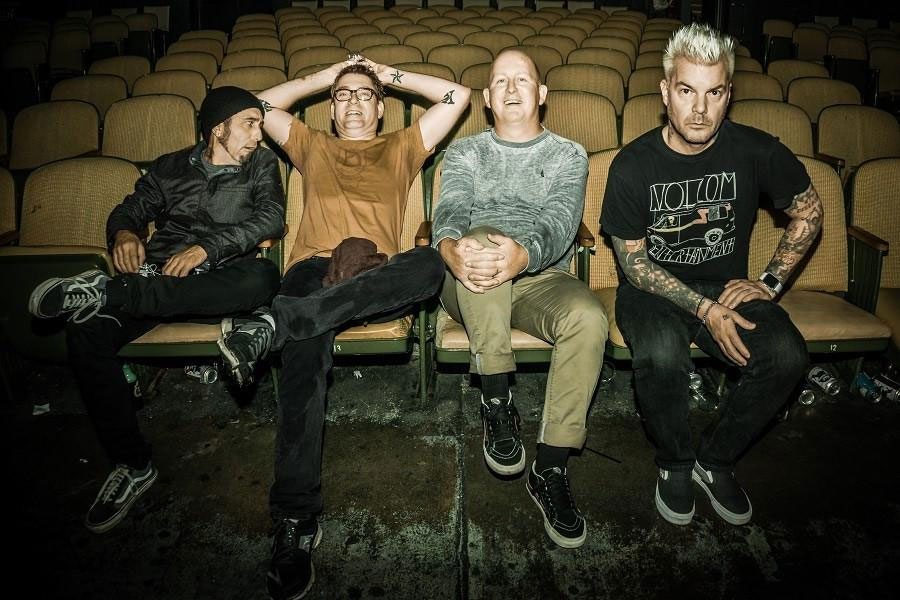 This is something that I’ve come to find frustrating and disappointing, as when I’ve been listening to the motherfucker, I’ve sure been enjoying it. I’ve not even really had anything drastic weighing on my mind (for a change) to distract me away from absorbing this. I feel a trifle disappointed to be honest, although I don’t know if I should be disappointed in myself or Good Riddance. I mean, in theory, there’s fuck all wrong with this for reasons outlined above, and IT DOES SOUND GREAT.

Guess what I’m trying to say is why would I put this on instead of Ballads…, Operation… or My Republic? I feel like a bit of an arse leaving what isn’t exactly a stellar report on one of my favourite bands, but what can I do but call it as I interpret it? If you like Good Riddance you will like this record. Is it gonna serve as a good jumping on point for new people? I honestly don’t think it will. It’s a somewhat confused and exhausted Tony of Nurgle rating of 6.5/10 for this one.

You can jam the whole thing below:

As this is on Fat Wreck Chords, you can get it pretty much anywhere. As is always the case with Fat, the miniscule numbers of colour vinyl options sold out instantly, so you can only grab it on black or CD or whatever your preferred digital platform is.