Only the other week, I was having a right good chat about those great bands from the UK scene in the early – mid 90’s: Crocodile God, Chopper, Travis Cut, Toast, Vanilla Pod, Dagobah, Skimmer and all that caper. A fair whack of those bands had stuff on Crackle, a fair whack didn’t. Proper decent chat, mate. All nostalgic and that, I was. Great days. Shout out to Rachel Barker and Adrian and co.

Then I was thinking back to gigs that I put on in the mid-2000s with a variety of people. We (myself and Andy GI) put Crocodile God on at the Retro Bar. I’m guessing about 2008 or maybe 2009? Either way it’s pretty much a decade or more ago, innit. And I can’t remember who we had them on with. Answers on a postcard or in the comments section I guess? But yeah, Crocodile God had gotten back together, and we put them on, and it was great. I remember the guy that sings and plays guitar was wearing a really baggy, button up shirt that was bright orange. Not that will help anybody in any way. Or be of any relevance whatsoever. The pointless shit that the mind retains, eh?

So here we are a decade or so since that point and I’m guessing Crocodile God have gotten back together yet again. I’m all for it. How could I not be?

Despite having records by many of the bands mentioned above at one point or another, for some reason I don’t recall previously having owned anything by Crocodile God on record. Which is odd. Anyway, I do have this new album on orange vinyl, thanks to Scott at Brassneck.

I feel like I’m just rambling, so we’ll get to it. Soundwise, I don’t feel like much has changed for Crocodile God, apart from obviously being a chunk older than they used to be. Maybe a hairs’ breadth slower? I dunno. I have absolutely zilch to hand to refer back to. Which is something I feel I need to change, now I’ve been reminded properly how good this lot were and indeed are!

I’m guessing a fair number of readers are probably not going to be familiar with Crocodile God at all. So as a bit of background, they formed in Liverpool in 1992, and released a whole bunch of stuff between 1994 and 1999, which you can get in one handy package in the form of the 45 song ‘Two Weeks’ CD compilation. The style is pretty much 2 minute trad poppy skate punk, played at double time of course. It’s hooky as owt, pal.

Thirteen serves as no exception to the bands’ legacy material in this regard. With a further 13 songs of the same kind of thing, I find I can happily say “if it’s not broken, don’t fix it, mate”. And that seems to be the rule of thumb that’s been adhered to here. I mean, the production values are better, and the lads probably have benefited from becoming older and wiser. A few personnel changes along the road have doubtless assisted in fine-tuning an already impressive machine, so to speak. But having said that, this one is recorded by the classic line-up. Whatever you might be thinking, this doesn’t in the slightest feel like a pointless throw-back to a largely forgotten era. Or maybe it’s me and I just think that the era shouldn’t have been forgotten in the first place? Suffice to say it’s cool as owt, mate. 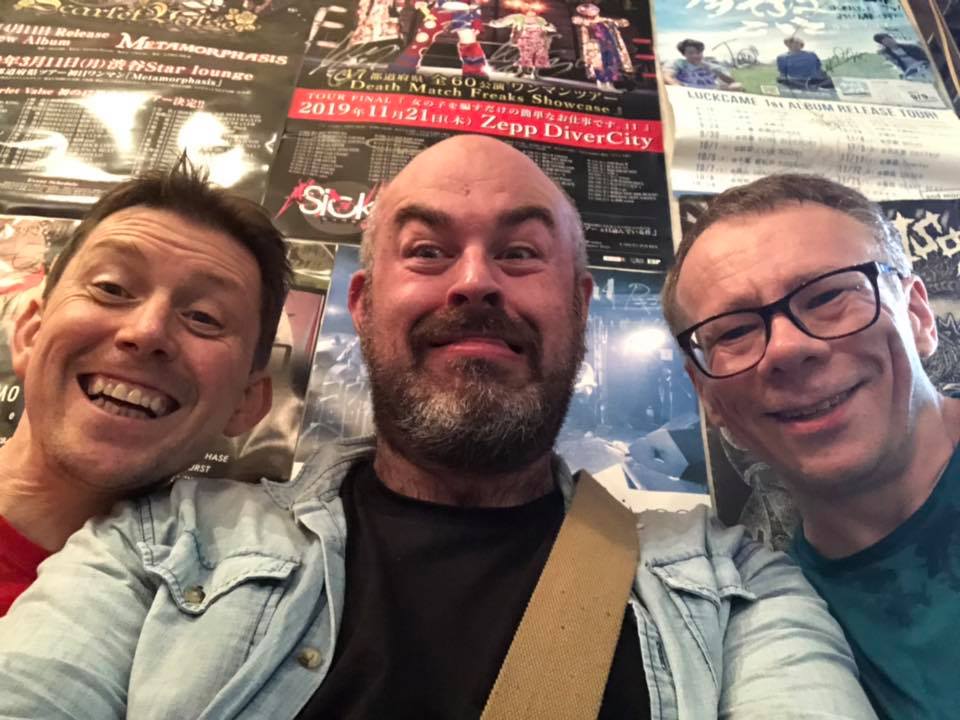 Fast, tuneful singing with a total disregard for masking regional accents. Buzzsaw riffing. Flapping bass strings. Rapid fire drumming. These are the hallmarks of punk rock. Granted, application of said characteristics don’t always make for great music, but when people just seem to naturally play well together and riff off each other, then it can be truly spectacular. In this case it sounds kind of like a spectacular barney between Screeching Weasel, Ned’s Atomic Dustbin and Buzzcocks, with perhaps a smattering of None More Black.

I feel like I need to give some kind of special mention to the final two song titles on the LP: Simon and Twat respectively. It’s not true in all cases obviously, but they do say that there are exceptions that prove the rule and that. But I cannot deny that people (in my experience at least) that are called Simon are almost always twats. And that’s really weird, innit? Anyway, this gets a totally worthy Tony of Nurgle rating of 9.5/10. Solid.

You can jam this yourself on the bandcamp player below: