Legend has it that this blog / webzine was regularly updated back in the day. I want this piece to serve as a return to “normal service”. To perhaps be a signal of good intentions going forwards. I’ve found it became a problem for me to lose sight of the fact that this thing is meant to be a hobby that I enjoy, rather having to feel bound to some sense of duty that in actuality does not exist outside my own head. This shit does not need to be a motherfucking millstone ‘bout my neck.

This instalment of the ever-popular 7in and EP round-up will be something of a mopping up of physical 7in records that I’ve been sent to review. We have one from Alan at Different Kitchen Records, and three from Drunk Dial Records. Yer man from Drunk Dial (Jordan) got in touch with me through the blog’s Instagram page to tell me he was a fan and wanted to send me some records. There we have it. At 42 years of age, I’ve garnered my first fan. Never give up hope, kids. You too could become a massive success like wot I’ve just become m8!

Drunk Dial Records are based out the hipster paradise (I don’t know, I’ve not fucking been mate) that is Portland, Oregon. Allegedly a place that makes Haggerston (East London) seem pedestrian, and Williamsburg (Brooklyn) seem tame. The label has been releasing a series of 7in records. The concept being that the artist they choose goes into the studio and records an original number and a cover. The kicker is that they do it whilst drunk and/or high. Their catalogue numbers excitingly enough start with “chug” (e.g. CHUG-1 etc.). Simple, right? Let’s find out… 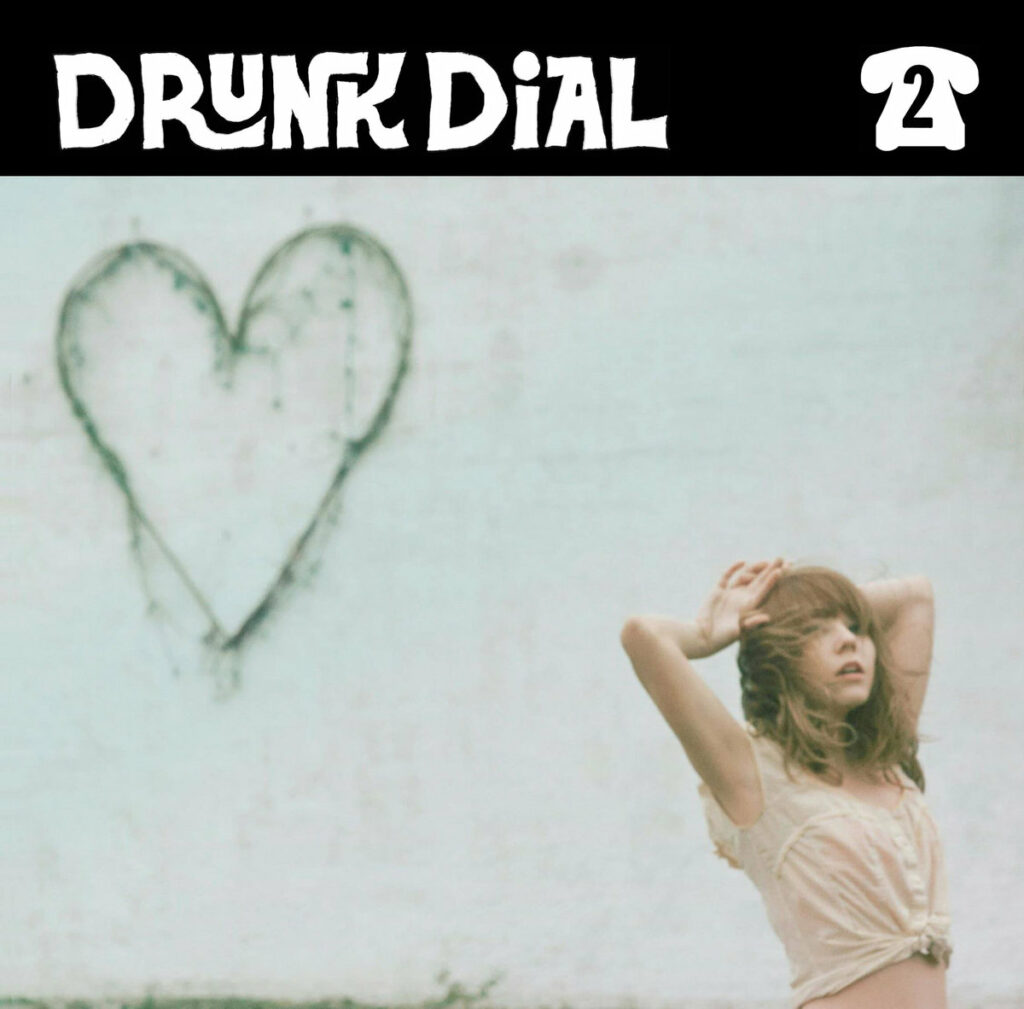 Billy August hails from the Chicago area. The theme here is Midwest rock n’roll. The songs presented here were written and recorded “drunk on 1 giant bottle of cheap vodka, a 12-pack of PBR (Pabst Blue Ribbon) and more Milwaukee’s Best Ice than the artist is willing to admit”.

The A-side features the original track, which is entitled Icarus Lover. The vibe here seems to be along the lines of The Replacements meets (bizarrely) Mannfred Mann. It’s a soulful, melodic, reverb-heavy jangle-athon that I do not think would sound too out of place on say, a Beach Slang LP. I like this a great deal. It’s cool.

On the flip, we have the cover song, Small Town Saturday Night by one Hal Ketchum, seemingly a country artist of some renown according to the internet. Anyways, this one is a solo acoustic jaunt. At first I mistook this for a Nebraska era Bruce Springsteen number. That’s the over-riding feel I get from the motherfucker anyway. Safe to say it seems to encapsulate that whole achingly forlorn romance of that blue collar wannabe escapee from small-town America.

I wholeheartedly recommend this record. Tony of Nurgle rating: 9/10 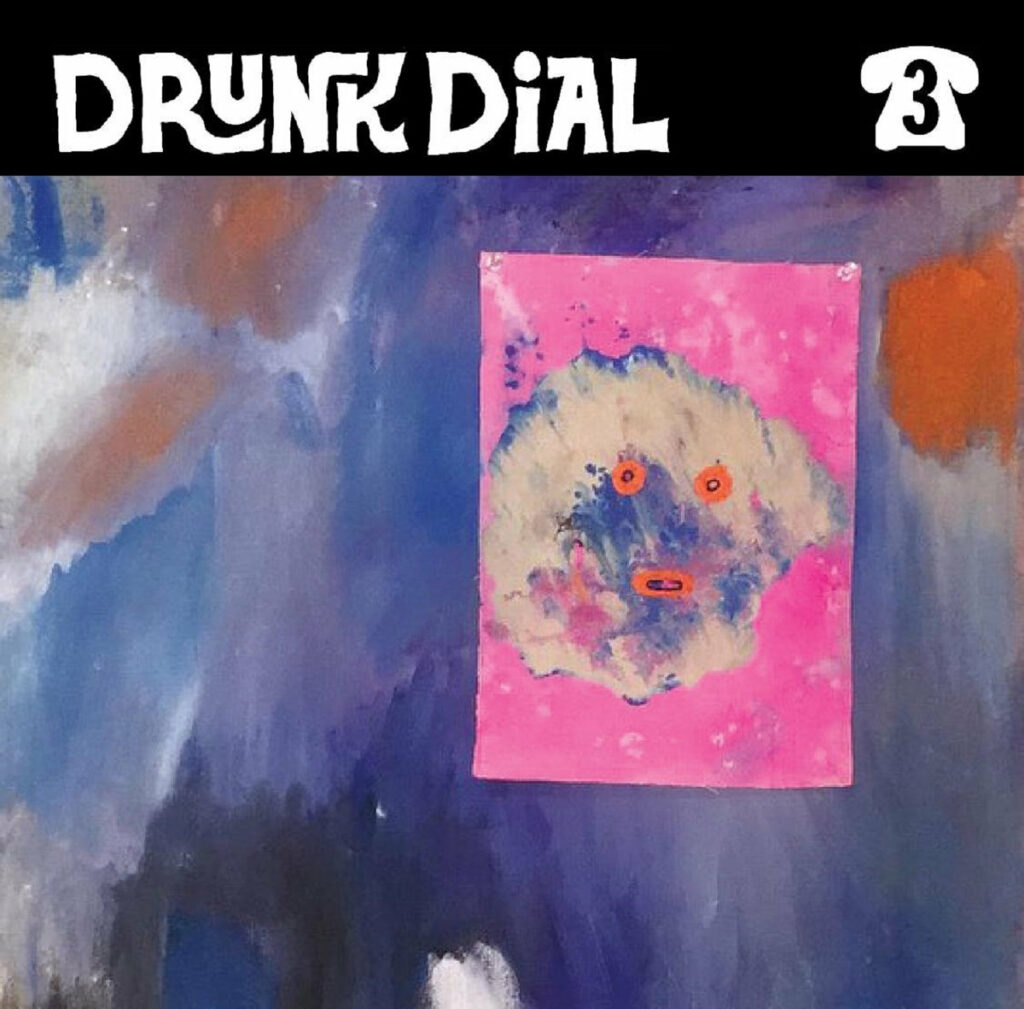 Escare is apparently a super-prolific weird jazz-skronk 2 piece from the label’s native Portland. Verily. According to the sleeve notes the tracks (apparently they laid down 14 tracks) were recorded “drunk on small batch custom mescal, a case of Modelos, endless weed and plenty of psilocybin mushrooms”.

I’m not mega sure what I’m thinking about this. The original track, Electric Bolo, is to my ears, very odd indeed. I think the closest I could possibly come by way of comparison would be some of that bizarre arts nonsense that Gold Standard Laboratories and Three One G used pump out back in the day. Do I like it? Not really. And yet… I don’t dislike it or find it overly annoying either. If you could imagine say Holy Molar meets Deer Hoof but played in the style of a slowed down and deconstructed Minus The Bear but without the twiddly bits (probably you can’t) it might sound a bit like this.

On the flip we have what is seemingly a cover of Mushroom by CAN. Indeed, CAN whom I have never listened to ever. And we can lay the blame for that squarely at the feet of the writers of NME and Melody Maker in the mid-90s… for they caused me to consign this band and a number of others such as Slint to a grave at sea, because of the shitty chin-stroking attitude of the writers, mate. And there they shall forever remain, thrice accursed and attainted. I’ll never be able to get past it, sadly. Anyways, I really really liked this song. Your band dudes / dudettes here are clearly mashed off their fucking granddads, mate. This to me sounds something like Sonic Youth (another band I love to hate) covering an early Jesus and Mary Chain number. It’s fantastic.
If you take loads of psychedelics or are a purposefully awkward arts wazzock, you’ll love this. As it stands, mainly on the basis of the cover song, I’m happy enough to give this a Tony of Nurgle rating of 8/10. 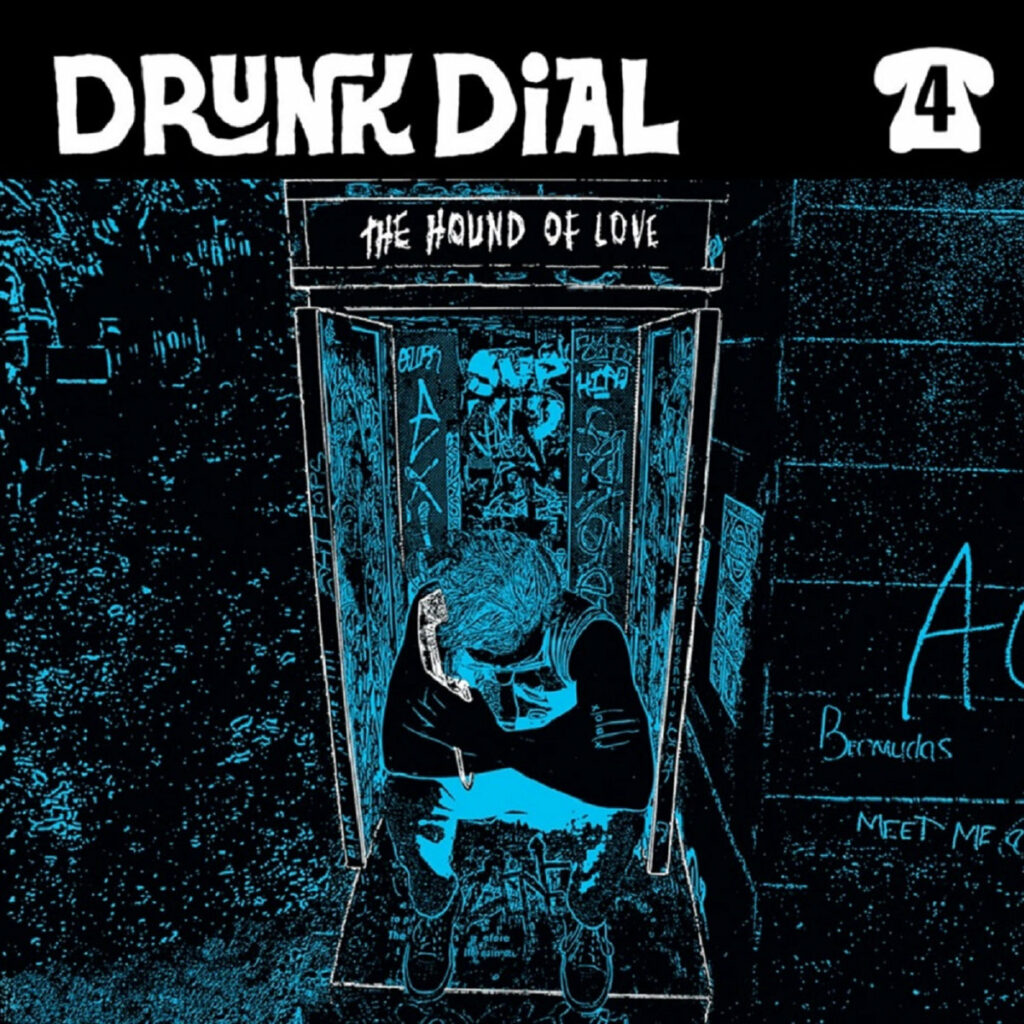 This one is by the alter-ego of Andrew Bassett from pop punk masters, Mean Jeans. The songs here were recorded “drunk on Jagerbombs, PBR, Rainier and Twisted Tea”.

I absolutely adore this one. The original here, Comin’ Thru, is like some kind of mentalist 80’s style synth-pop love ballad. Which I appreciate probably sounds like a bit of a shit idea written out like that. But… there’s something so disarmingly charming about this that totally overrides all of that. In a chat with label guy Jordan, I described this to be something like Atom & His Package meets The Human League via Reggie and the Full Effect. It also has this weird hook that for some reason reminds me of I just Can’t Get Enough by Depeche Mode. It really is fucking class, this.

On your flip side we have a cover of Journey to the End of the East Bay by Rancid (or Timmeh and teh Rancids as I like to call ‘em). Of course it is as you’d expect recorded in a similar style to the A-side. It lends an entirely feel to the (admittedly classic) original. Call it what you want, but this reads to me like an homage to a “gateway” album, and also a love letter to both the punk scene and those early days of touring, living by the skin of your teeth, broken hearts, getting into and out of scrapes. You know the deal. Beautiful, mate. And the cover is even an homage to that iconic and much imitated image of Ian MacKaye’s brother from the front of the Minor Threat 7in comp LP (and later the discography). Of course this was imitated by Rancid on the cover of … And Out Come the Wolves (on which this song originally appears) and The Falcon (on Gather Up the Chaps) amongst others. Kind of makes you wish Rancid didn’t suck these days.
Anyhoo. Without any further hesitation, this scores a solid Tony of Nurgle rating of 10/10. 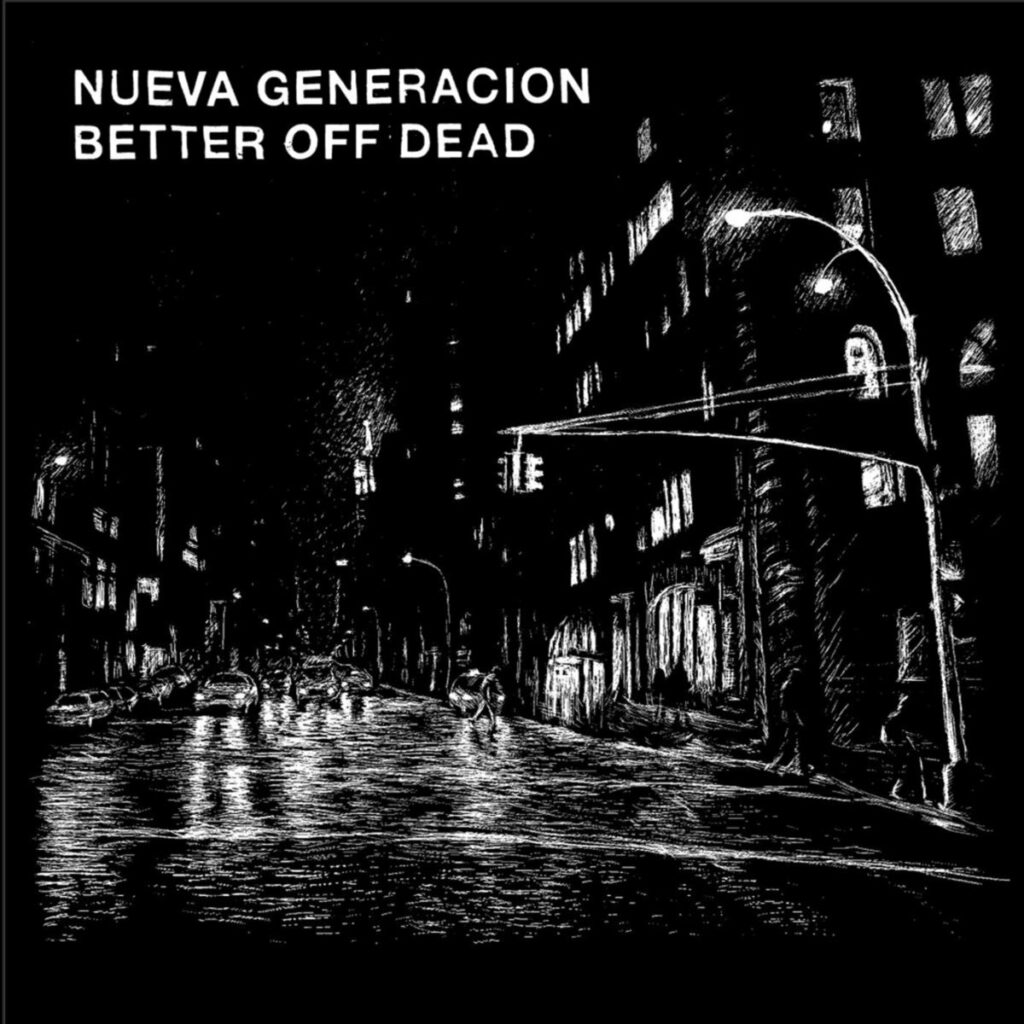 Well, that’s a lot of labels involved right there, innit? Jeezerz. This split 7 inch has one of those big centre punches that I can’t remember the fucking name of for the life of me. I could look it up, but I won’t. Anyway them ones where you need to put the special plastic circle in the middle of the record to centre it properly.

Side A features Spanish band Nueva Generacion, and Alan at Different Kitchen described them to me as having “an Against Me! feel”. On first track, Contado (this record is in Spanish, obvs) I can kind of see that comparison holding water. The second cut, Mirala, has more of a Killed By Death feel meets a kinda slowed down Born Against. It’s kinda cool, but even through repeated listens, it hasn’t grabbed me as much as other Spanish language bands I’ve heard over the last few years have done, for example Columna and Generacion Suicida.

Flipping to the B-side, we have French band Better Off Dead (name obvs in English, songs in their native French) who also feature members of Bleakness. For me, this is by far the stronger side of the record, and features a strong female vocal that puts me in mind of Lauren Denitzio of TheMeasure SA / Worriers or Jenny Angelillo of Neighborhood Brats. The songs here are frantic, fast paced and jangly. Toetapping and danceable indeed. The poppy indie punk sound here juxtaposes really well with backing vocals reminiscent of those back-ups that Scott Ian from Anthrax used to drop back in the day. Very cool.

Mainly on the strength of the B-side, this gets a Tony of Nurgle rating of 8/10, although I can imagine some people out there may feel the exact opposite way around!