Today’s album comes from Swiss noise-rock outfit Coilguns. The band’s Facebook biography opens with how the band formed “…with the purpose of playing fast and simple music”. Fast, I can agree with. Simple, however, couldn’t be further from the truth.

Even going back to their earlier releases in the form of the Stadia Rods EP and the Coilguns/Abraham split mini album, the band meld a style of music which jerks omnidirectionally. Whilst the latter of the two is undoubtedly the more simplistic in rhythmical terms, the construction of the noisy, ambient soundscapes is far from “simple”.

Arriving at the latest release, Watchwinders continues the theme of pouring out gracefully layered arrangements with a delightfully unpleasant and intrusive bearing. It is difficult to pinpoint any particular standout tracks due to the meandering construction of the album, but it is much more
difficult to pull out any flaws, as it twists through so many styles whilst packing an incredibly heavy and sombre punch. 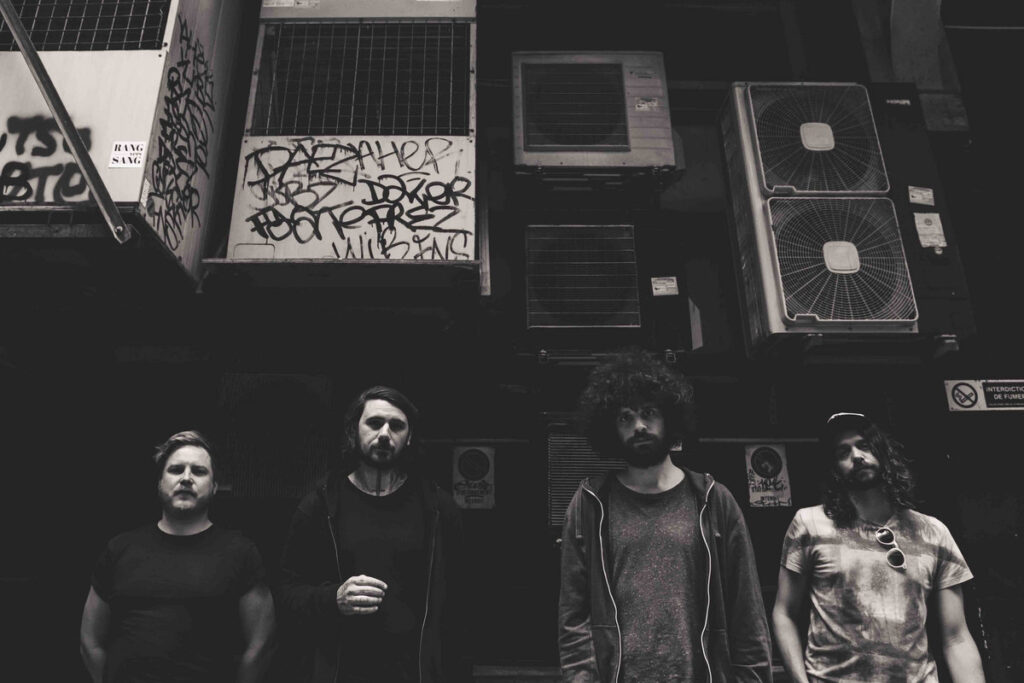 The band’s ability to mix such a variety of styles to create one flawless audible mural is verging on masterful. The album oozes tone when trudging through big-riff doom sections which seamlessly drift into benign, subtle ambience, before lurching head-first into spasmodic, syncopated madness,
laced with horrifically tragic vocals, which maintain the beautifully dark atmosphere throughout the album. This, coupled with the wholly DIY approach the band have always maintained towards their song writing and general attitude towards their music is indicative of a band who know exactly
where they’re heading and, for me, will only continue to pump out more and more impressive releases.

Do yourself a favour and head over to their Bandcamp/Spotify/whatever other music site you use and get this album down your ears… then go and treat yourself to some of their back catalogue. Watchwinders is available now on a range of coloured vinyl options from Hummus Records.