The reality of life in lockdown is seemingly bedding in. I know longer feel like sawing my own head off with a bread knife in order to escape the confines of my home (which I’m sure will be a massive disappointment to a certain percentage of my readership). I’m feeling kind of… alright? Which is weird. Anyways, let’s roll along with that one. I’m not exactly ebullient, so probably we are still operating within the parameters of normal service.

Seemingly today’s edition of the 7in and EP round-up is a bit of ‘punk rock lifers’ special. Exciting stuff. Well, for me at any rate. 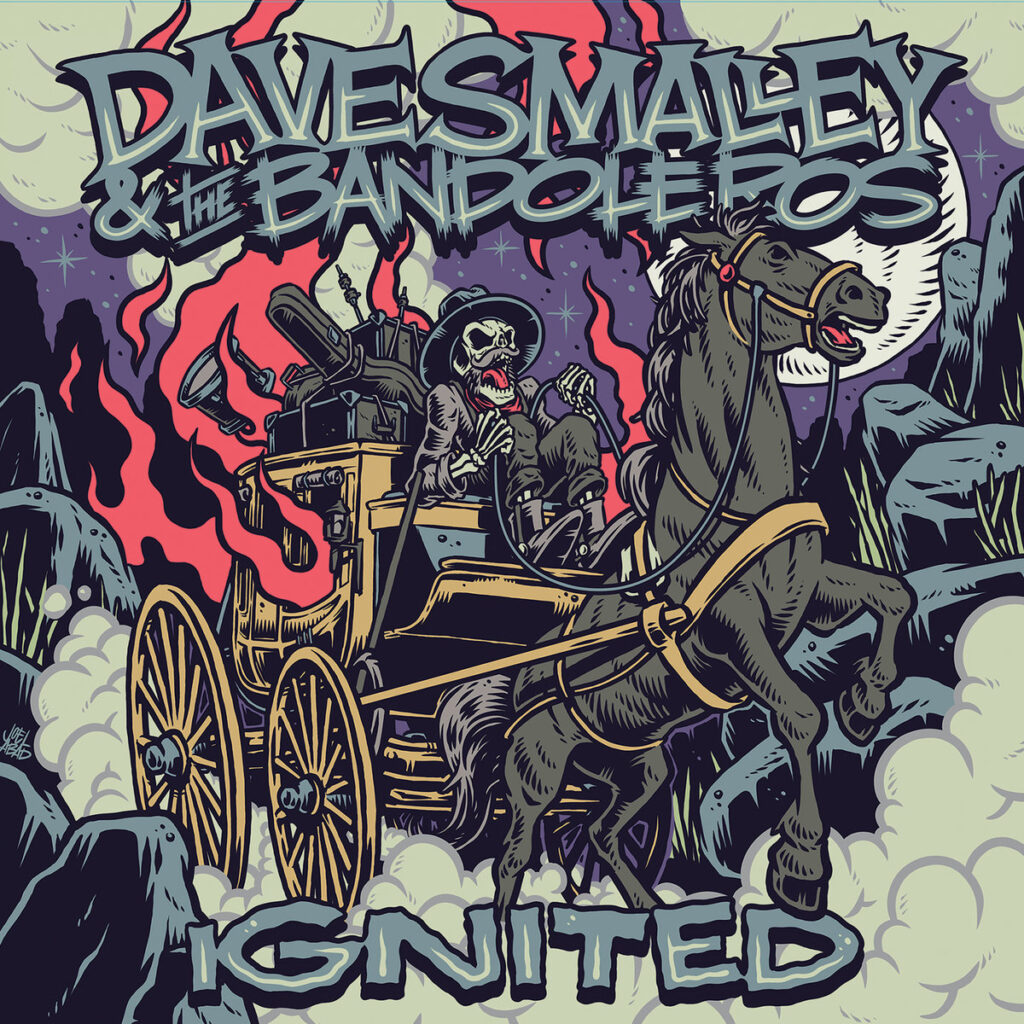 The long awaited return of Dave Smalley & The Bandeleros is possibly a bit mistimed, it seems. This release was supposed to be supported by a slew of live dates, but the Covid 19 sitch has put paid to that one… at least for the time being, anyway. But, history repeatedly proves, you can’t hold Dave Smalley back.

Some of you will be familiar with Dave through his previous and (in some cases) current bands: Dag Nasty, DYS (Department of Youth Services), and of course Down By Law. If you aren’t, well, there’s your listening homework, and you can thank me later. While we’re at bigging up previous efforts, go check out the Bandeleros full length, Join the Outsiders, which I can assure you is an excellent way to spend half an hour or so. Don’t worry, you can thank me later. 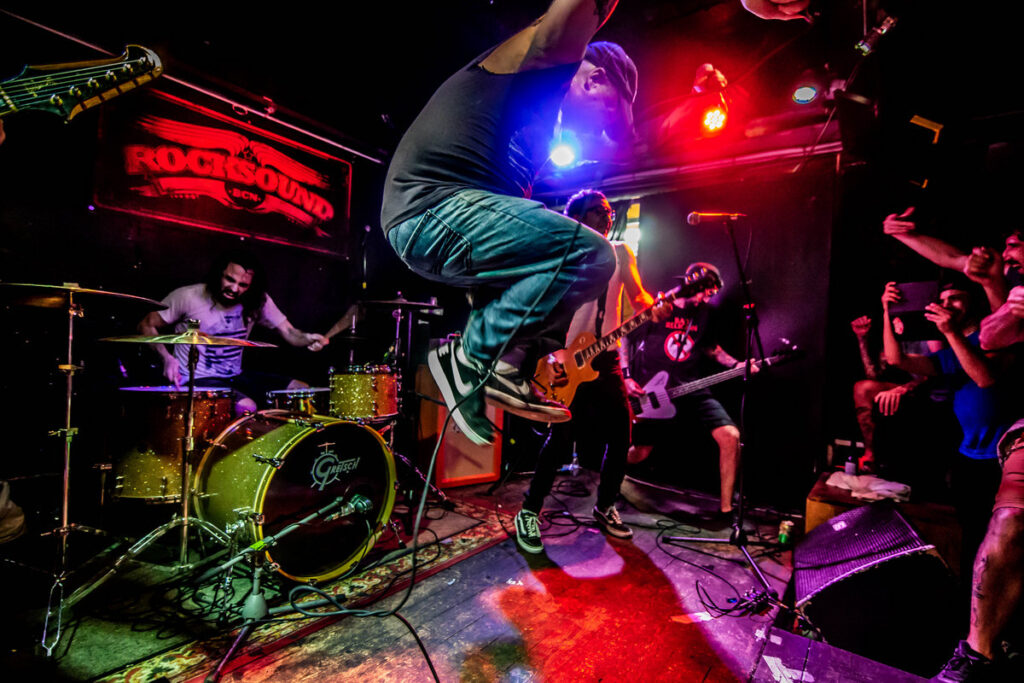 Basically, what we have here is a 5 track 7in EP. The themes here feel uplifting and positive for the most part, and where any negativity enters the mix, it’s tempered by reflection and forward planning around how to get shit right the next time. If you can imagine the vibe from the second and third H2O full lengths (Thicker Than Water and Faster Than The World), that’s what comes strongly across here. Musically, we are walking the often aped path mapped out by Dag Nasty’s seminal Can I Say LP and Bad Religion circa Suffer / No Control / Against The Grain. But… Smalley was obviously around at that time and had a significant hand in writing that entire play-book. And luckily enough, he’s got a crew onboard with the musical chops to bring that classic period to today’s audience, adding in their own flair which modernises and updates the vintage melodic hardcore sound, respecting it rather than trampling through it rough shod.

Take my word for this, you are gonna want this one in your collection. Speaking as one of the lucky ones that got to witness these guys totally slay live last year, when they come through again, you need to make space in your diary to go and see them. Tony of Nurgle rating: 9.5/10

You can hook this up on a choice of three coloured vinyl options (red, purple, or what I can only term as rotting flesh) through the Little Rocket Records bandcamp page 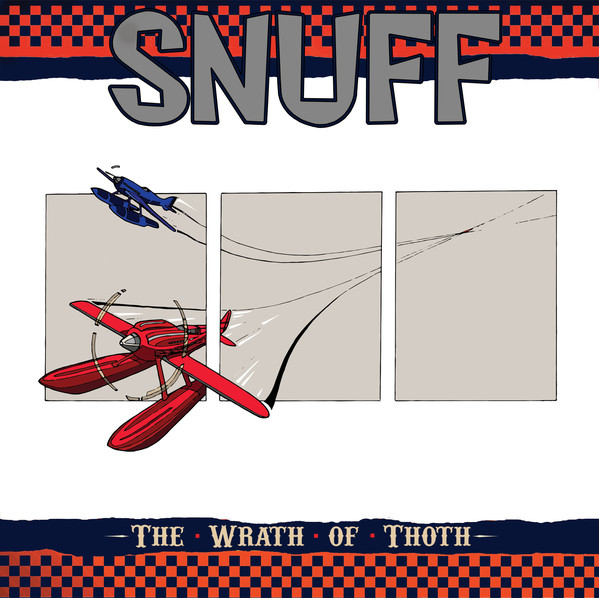 I’ve had a fairly mixed relationship with Snuff down the years. My first exposure to them was at Reading Festival 1995, when I got knocked out cold by a crowd surfer, whilst – green youth that I was at the time – I was waiting on watching Foo Fighters.

Time moved on, and I saw Snuff play about a million times in support slots to every sodding Fat Wreck band that came through Manchester, and every single time I was left feeling underwhelmed. Similar feelings towards the records too, truth be known. Some undeniable hits on each one, but a plethora of dross bulking out the remainder of each record, and thus making them too much of a chore to listen through. And Guns n’ Wankers were just waaaaay better. I’d challenge anyone to disagree in any kind of convincing way. So, step on up. 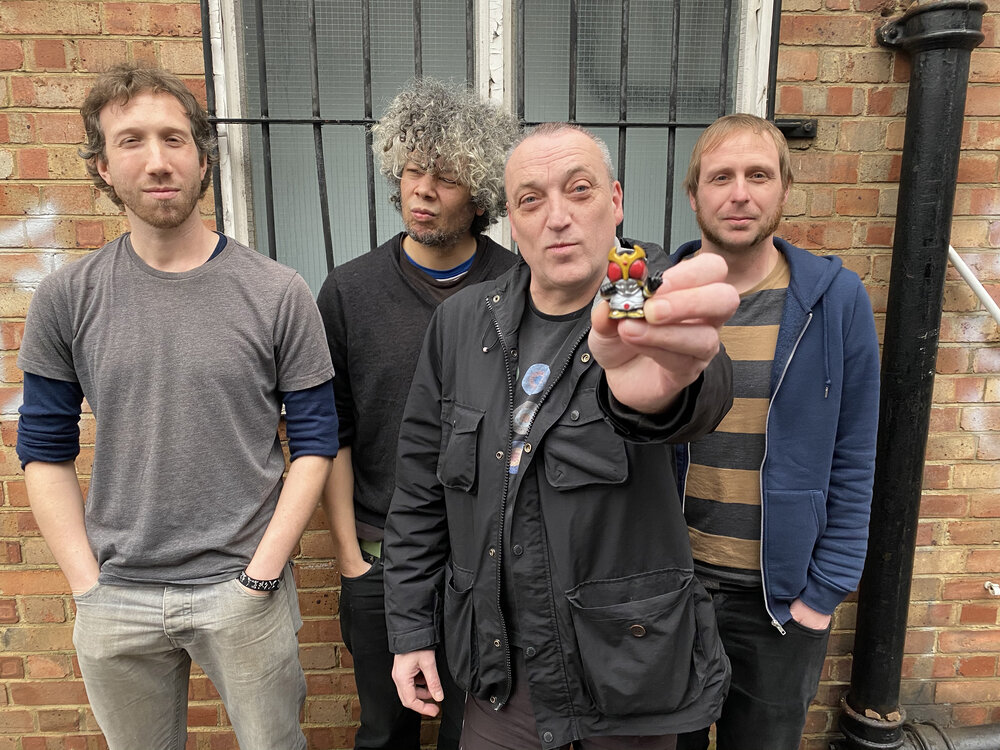 I guess in more recent years things changed for me somewhat. My mate German Martin is obsessed with Snuff and all things Duncan Redmonds related. I went with him to see Snuff play a really low capacity charity gig (at I think the 100 Club?), and it was amazing. I think most probably a combination of a well curated setlist, and the tiny size of the venue. Anyway, in 2012 they dropped 5-4-3-2-1… Perhaps, which I am convinced is the most consistent thing they’ve released. I somehow slept through last years’ release on Fat Wreck, There’s A Lot of it About, so I’ll have to go check it out at somepoint.

Anyways, this one. A new 6 track EP, with a “new” line-up. Dan Goatham of the always great Spoilers has stepped up to the plate and filled the gap left by Lee Erinmez. To me, as a former Snuff skeptic, I feel like they’ve finally pulled their socks up. This is tight as owt. No novelty nonsense about being bumholes; no comedy cover versions per se(and only one borderline silly song with Bells of Hell); only one (mercifully brief) diversion into self-indulgence (with FUWOAGORR). I feel like I’m finally seeing the Snuff everybody else thought I should have been seeing all these years.

There’s no denying that Duncan Redmonds has a fine old punk vocal, and he’s obviously a notoriously great drummer. But the arrangements on this record are fucking bang on point. All bases are covered here, from your token EpiFat skate punk to vintage meat and spuds Brit punk stompers. Some superb chant-along backing vocal lines meshing perfectly with that fucking Hammond organ. Tony of Nurgle rating 9/10.

There are some left available for pre-order (release is 18th May) on special eco-mix coloured vinyl from Unless You Try Records. All copies are sold out from the Snuff webstore at this time, but I’m told there is a repress on the cards already.