So this is basically a band formed by Roxy Epoxy of The Epoxies (one and the same band that Propagandhi dissed as “stupid fucking laser punks” in a song about Fat Wreck Chords that time. Not that I rely on the assistance of Propagandhi to formulate opinions, of course – readers of this website will tell you that I’m perfectly capable of forming my own, cheers). The line-up also features the guitarist from Doc Hopper.

Thankfully this isn’t anywhere near as irritating as The Epoxies were (my own spurious opinion based on hearing that Fat Wreck album like, once. I did actually stock the motherfucker at Roadkill Records back in the day and didn’t sell a single copy, so what does that tell ya?). 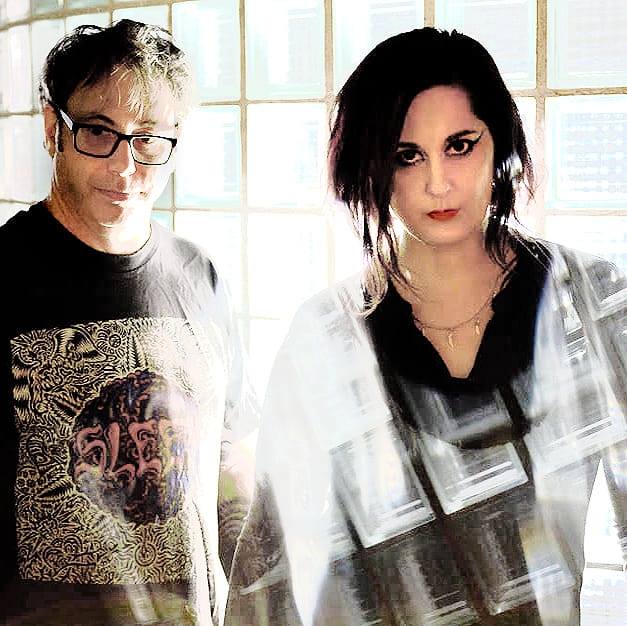 I’ll lay it out. The guitar plaing is really great. The vocal is kinda good. There’s something about the finished product that I just… don’t really like at all. There’s essentially nothing wrong with this or anything. It just doesn’t speak to me beyond me making a lazy comparison to a mix of Siouxie and the Banshees, Hole and Cold Cave. And I keep wanting to sing the hook to Billy Idol’s Rebel Yell to most of this record for absolutely no reason I can identify.

Still, it could be way worse, though. I’m sure some people I know would like this, and the reasons why… and yet I’m baffled as to what goes on in these people’s heads. Still, there must be something about this if a label I respect (Rad Girlfriend Records) has picked this up and pressed it. Sorry to say that it’s a Tony of Nurgle rating of 3.5/10 for this.

You can get this from the Rad Girlfriend Records webstore on classic black vinyl.