In January of 2018 in San Diego, California, this one-of-a-kind “Father and Son” musical journey began to take shape – culminating in this unique and beautifully accomplished album that merges a son’s deep vested love for dub and reggae with his father’s tenure as a decorated traditional jazz singer.

The above all sounds pretty high brow, and, as acknowledged by Pirates Press Records themselves later in the synopsis, this is not their usual type of release. But sometimes a change is as good as a rest right? Well let’s see shall we…

The album opens with a full acapella song. That’s a pretty ballsy move right there, there’s an undeniable talent in singing solo, just look at all of those isolated tracks people like to laugh at on social media. I’m suitably impressed; it’s a nice little warmer to the album and when the full band kicks in there’s a great little shift-up.

With this being on a predominantly punk label you’d be forgiven for thinking with was going to be a rowdy moon-stomping affair with barking instructions to lace up your boots etc., however, this is a million miles away from there. Nor is it a marijuana soaked love letter to Jah; if that’s what you are looking for then stop right now, this isn’t for you.

What you’ve got is an album that feels like it’s walked into a room, slipped on a smoking jacket and poured itself a large brandy to enjoy by the fire; it’s a cool record. Of the influences checked at the door I would say the overriding element here is Jazz, the drums are very in keeping with a Trad Ska vibe and the upbeat is always knocking about, but if I had to pick one genre that’s what it would be. 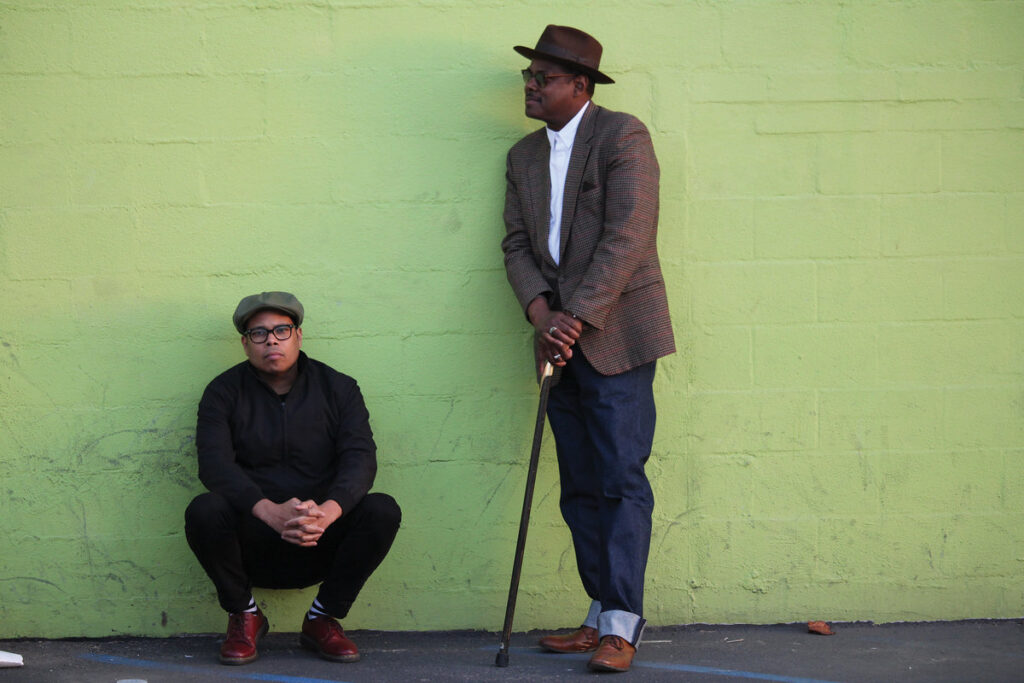 I don’t really know much about Jazz, I was always more of a 1-2-3-4 kind of guy, but I like this. I can’t offer up clever references to compare to, I guess maybe Hepcat in some of their more chilled groovy moments? Vocally you get that sort of Rat Pack swagger going on, the vocals themselves tend to be pretty sparse, allowing the musicians to really fill out each song.

The album ends with a song that uses the lyrics from Gorillaz ‘Clint Eastwood’, which is little unexpected and sticks out a little bit from the feel of the rest of the record, it’s possible it’s a slightly more niche nod in the US, but as my daughter likes to sing it we lose some of that earlier cool.

To summarise I don’t listen to this sort of music very often, so I’m a little bit wary of being too high in my praise. I always think of the time Jay Concannon told me that Mariachi El Bronx were his favourite Mariachi band and I pedantically challenged him to name three other Mariachi bands. There might be 1000 albums in the genre that are better than this, but here’s the thing, I haven’t heard them. Kudos to Pirates Press Records for putting out something different and kudos Shuffle and Bang for making a really enjoyable record. 8/10