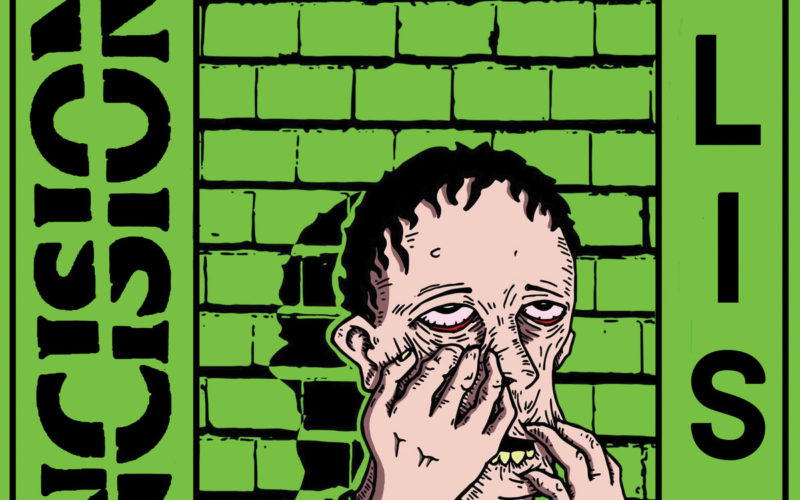 Demotivated. Demoralised. What’s the point in even trying. That seems to be the recurring theme of my life at the moment when it comes to anything, whether it’s working on the bathroom, working, or writing content for this website. And to make matters worse, I feel guilty as sin about it. Take this album for example. I’ve been sat on a review copy of this for about 6 – 8 bastard weeks. In fairness, I’ve had to self-isolate a toddler from nursery twice for 10 days each in that time, I’ve had Covid, so that was practically another 2 or 3 weeks nixed, and prior to that I had some other virus that dragged me through the fucking mud for 3 weeks. It has been fairly unrelentingly shit.

Anyways, here we are. New Incisions LP, which I’ve been looking forward to for some time, now. Let’s fucking go.

Right out of the starting blocks, You’re Not The Same As Me indicates that since their self-titled debut LP, Incisions have been evolving. This song is ugly and belligerent. The feel is vicious and unpleasant, and I’m immediately put in mind of fellow Mancunians, Denim + Leather. No punches are being pulled; no fucks are being given here. It’s punishing and unapologetically abrasive.

As the album plays out, we are steering somewhat away from the abreviated Flipper-esque territory of the opener. Fuck The World is a fast and vicious bit of no frills hardcore punk, somewhere along the lines of Paint It Black meets The Boston Strangler (the band not the guy; although that could be interesting… maybe?). Fighting Myself and Repeat Prescription sees us revisiting some more familiar territory, mining the seam of the Poison Idea back catalogue, and pairing it with a dose of label mates Grand Collapse, and it’s fucking glorious. 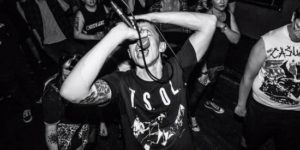 The Fluke has an early Rollins period Black Flag feel; it’s kind of teetering on the brink of sloppiness, and is probably for me, the only weak track on the album. Back of the Line and No Shame are taking us into the realms of hardcore pit anthems, and I can visualise the scrum down at the front to grab the mic.

First Impressions is upping the nastiness again. I’m once again put in mind of Denim + Leather, minus of course the drug addled murder fantasies and weird social commentary. The Sweeney weirdly puts me in mind of something between Trash Talk and Negative Approach, and sits well with Broken Home, which feels kind of like being stalked through a twilight swamp scene by a hoary old alligator or some shit. 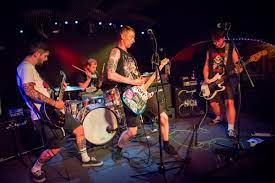 The big surprise of the record is Better, which is an unexpectedly thought provoking acoustic number; think classic Stiff Little Fingers ala Inflammable Material reinterpreted through a jumbo garlic-press of …Axl Rose era Against Me! with a bit of Billy Bragg, and you sort of get the idea. This juxtaposes well with the short sharp shock of Insecure, which blasts right in through the doors, trashes the house and leaves you in a whimpering heap on the floor.

Incisions have certainly upped the ante with this release, and it should certainly be a benchmark against which other hardcore punk records released this year should be measured. Maximum piss n’ vinegar, mate. Tony of Nurgle rating 9.5/10

You can pick this up from TNS Records on green vinyl or CD, with optional t-shirts designed by Mark Magill of Down and Outs / The No Marks etc.