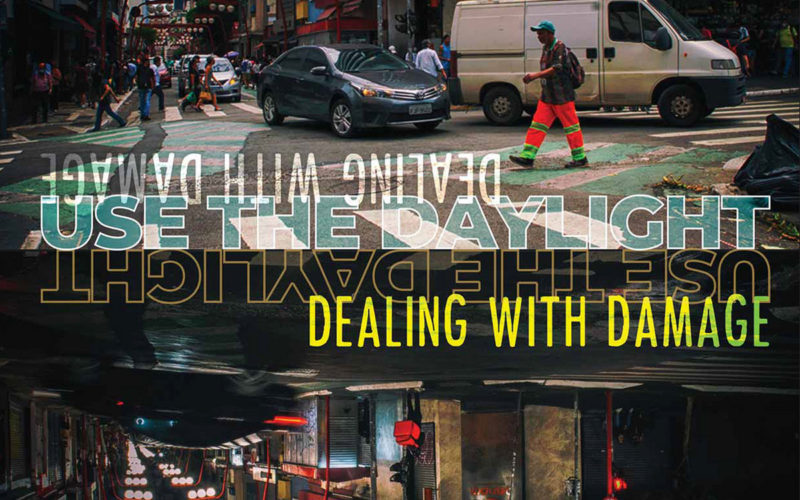 Time seems to move fast. It’s weird. It seems like about only last week that Dealing With Damage released their first full length album, Ask the Questions. Realistically, it’s been three years since the initial CD release, and 2 years since the expanded release on vinyl under the title Ask More Questions. Time flies eh? Of course lockdowns and pandemics fuck with perceptions of time and whatever plans a band may have for world domination, or at least managing to play some gigs.

Dealing With Damage, (whose line-up includes former members of The Stupids, K-Line, Jerry-built, Done Lying Down, Sink, Bad Dress Sense, Chocolate, Down Love, Spandex Nappy Rash & The Scum Children) are a 4 -piece from London. They didn’t really let such nonsense stand in the way of being productive, and here we are with their second LP, Use the Daylight, which comes hot of the heels of playing some fairly high-profile gigs with noise rock titans, Girls Against Boys (remember them?).

Much like with previous opus Ask More Questions, to my ears, the core of the sound on Use the Daylight seems to draw heavily on bands born out of the “Revolution Summer” zeitgeist that swept DC’s punk scene in 1985. We’re talking about Rites of Spring, Embrace, Dag Nasty, One Last Wish and so on. I suppose some of the bands that seeded “emo” or “post-hardcore” or whatever you want to call it. Principally, it’s the same thing; what you personally choose to refer to it as typically indicates what level of neckbeard you are, innit? 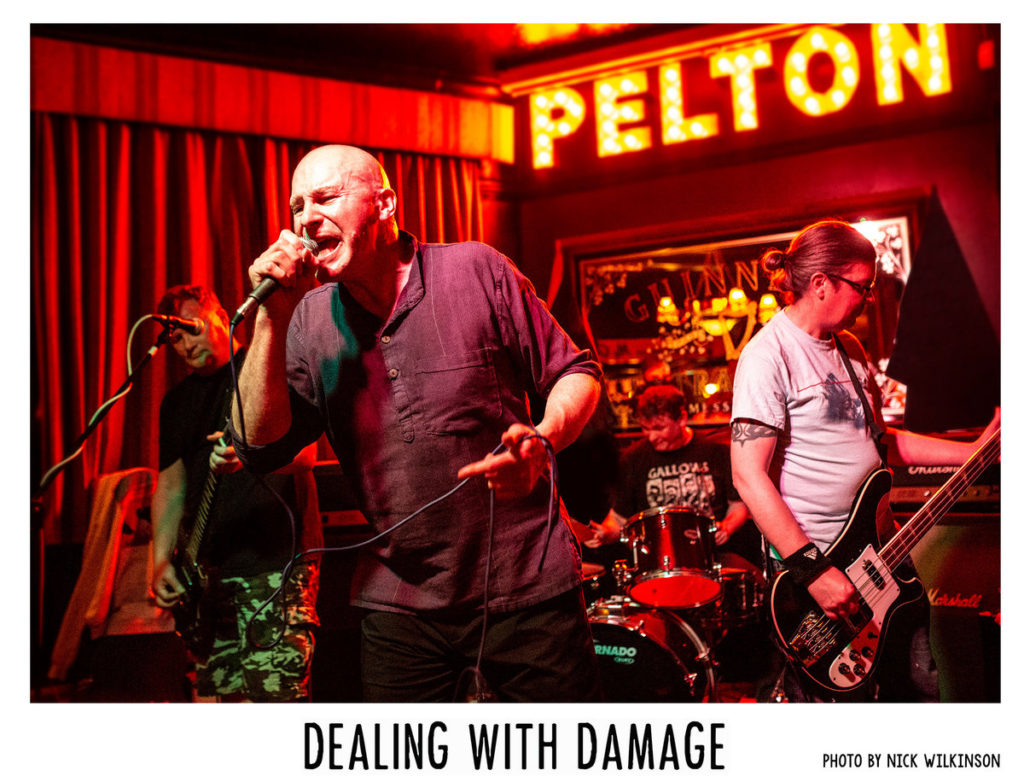 This core sound is embellished further by what I’m led to believe are “psychedelia influences”. I don’t have much clue what that even means if I’m honest. I envisage something from the 1960s that I would probably find incredibly annoying. Having said that, OFF! apparently took a dark spin on psychedelia as key element of their amazing last LP, Free LSD last year, so what do I know?
Although Dealing With Damage are playing a different style of punk rock which is less visceral than, say, OFF!, I suppose I can see some subtle similarities. Whatever, I’m sure nobody needs to read through me waffling on about the nuances of psychedelia, as I clearly have no blimmin’ clue about it.

For some reason I feel like using construction as an analogy for what’s going on here: take the Revolution Summer sound as the foundations. Build up the structure with more modern iterations of post-hardcore and melodic punk rock. Add the psychedelia element as the external rendering or something. I don’t know anything about construction either **shrug**

Anyway, is this LP any cop? I’d say so, aye. Much like Ask More Questions, this opus ticks a lot of boxes for me. I would say it’s not one for people that want immediate gratification, however. A grower rather than a show-er so to speak. I can also imagine that the vocal performance won’t please everyone – purely on the basis that it’s really bloody tuneful. Quite why people would interpret this as a disadvantage, I’m not sure, but people are weird innit. What passes for a good punk voice is actually a wider spectrum than most people would have you believe. I’ll readily admit that I wasn’t initially captivated by this, but there was some ephemeral and/or subtextual aspect to this that kept me coming back for more. And that’s the hallmark of a band doing something interesting in a really capable way, rather than one trying to be interesting purely for the sake of it, which I can guarantee would have had the exact opposite effect on me.

You can check a song off this album below:

This is available to preorder in the UK from Little Rocket Records and in the US from Rad Girlfriend Records.