I’ve been hearing great things whispered about these guys for a couple of years now, but for some reason I never got around to checking them out. Now, having finally taken the plunge, I’m pretty happy to declare myself a massive Arms Aloft advocate. I’m only sorry this review is a couple of months late. I’ve been slowly digesting this motherfucker, but it’s my hope that my tardiness will have been worthwhile. For me it has been, I’ve rinsed their back catalogue like buggery.

Arms Aloft self-describe thusly:
“We are four young men from Wisconsin who hold down often-times dreary jobs. Our favourite haunt is a modified factory floor in the industrial sector of our hometown, where we practice, record songs, and make plans”.

I find something massively heart warming about this statement. Holding down dreary jobs has been something of a personal burden and core theme of the bulk of my adult life. Thinking about those continuing years of professional misery still makes me feel down of heart, and stands as a stark reminder of my ongoing battle with mental illness. But, in that little quote, there’s a whole other element that speaks of hope, and finding solace through escapism. Given some of the geeky shit I do in order to make my existence that bit more bearable, brothers and sisters, I can truly relate. 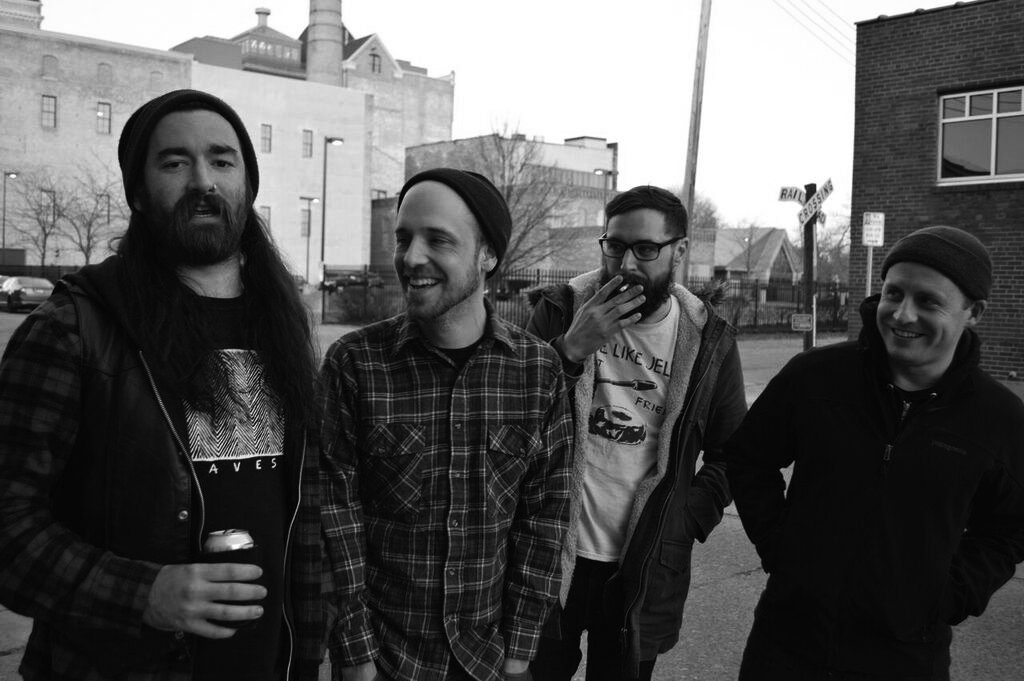 I really do feel enthused about this crew. Maybe I’m finding some kind of reassurance in the jaundiced view of the world they seem to hold, which appeals to my base level of cynicism. I mean, given the current state of this ball of mud, the chances are we’re probably fucked. Maybe other people are just happy enough to stumble on in total ignorance in the blind hope that it’ll be a problem for somebody else to sort out. Don’t ask me. People are fucking idiots.
Given this affinity, I’m going to lightly toss this nugget of personal opinion out there underarm, in a fairly non-obtrusive way: I think this might be the most important punk rock album of 2016.

Now, you may be wondering why I would make a bold statement like that. Well, lucky you. You won’t have to wonder for long, because I’m gonna tell yo’ ass. There is a huge amount of depth to this platter, and any listener worth their salt is sure to get a whole lot out of it. What we have here is a very modern feeling take on the socio-politically aware punk rock of days of yore.

Thematically speaking, this is an account of living (or barely existing) in a time of political upheaval. It explores issues of social injustice, the rich/poor divide, and lack of social integration and social awareness. The huge disconnect between the political leadership of the US (nay, the world) and the citizens themselves. It digs deep into the psyche of your regular, everyday person and looks to how we deal with existing in a world to which we are nothing more than a virus, whilst at the same time having to deal with constant subjugation at the hands of our social betters (read into this as within the scene, within the structure of our society or our place within the global economy).

There is no avoiding the fact that for huge swathes of the global population, existing in our world ranges between being an outright ordeal to constant uphill battle that they feel like they are steadily losing on an incremental basis. Now, this is where, to my understanding at least, the other overarching theme of this record meshes in like fucking Velcro, mate. Based on having to live through all this shit, you are bound to find yourself somewhere on that sliding scale of defeatism, angst, borderline alcoholism and having to cope with any of a range of varying types of anxiety and mental illness. We aren’t cut out to deal with this shit. As creatures, it’s not in our biology. Generation after generation, the pressures we need to deal with as part society are increasing. It doesn’t matter that year on year technology and medicine are advancing at an exponential rate. Depending on where you live and what place you occupy in our toxic society dictates the access that you have to this stuff in the first place.

Ultimately all you can do is strive and strive and hope and pray you aren’t setting your ass up for more catastrophic failure. As self-proclaimed ‘Sawdust City pessimists’ (man, I love that) Arms Aloft would have it, “Raise a half-empty glass to pissing in the wind, shitting where you eat and crying in a bucket”. After nigh on 5 years at my previous job, spent grinding myself into paste for paymasters that didn’t care a jot for me beyond treating me like a talking lump of dog shit and laughing behind my back at my poor little working class life, all the while dressing their business up at being socially just and ethical, yeah, I can relate. 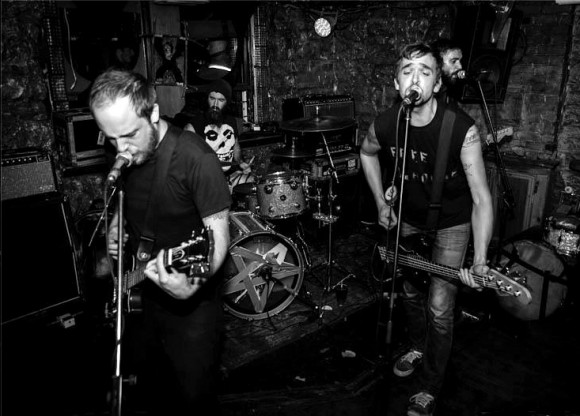 In the event that this extended rant hasn’t really convinced you of the legitimacy of this recording, I should probably talk a little about what it actually sounds like to these ears of mine. This record subtly combines the acerbic, heartfelt melodic punk of The Loved Ones and The Lawrence Arms with the indie sensibilities of The Arrivals. It also has that undeniable Gainesville / No Idea Records influence ala Against Me! circa Reinventing Axl Rose and Hot Water Music’s Forever & Counting and No Division records. To finish it all off, there’s a beautiful alt-country garnish of the grand majesty of Lucero’s Rebel’s Rogues & Sworn Brothers and a soupcon of Bruce Springsteen’s Nebraska.

So, what’s the best songs then? Kind of, er… all of them, really. If you insist that I really have to pick, I’d suggest Three Altars For Rats and probably The Voyage of the Dawndreaders, and yeah, Untitled is pretty boss. Special mention also goes to I Want To Be Leaves, which features an awesome nod to Trusty Chords by Hot Water Music: “I hate this place, and I’m not crazy about these chords…”. Album closer …And a World To Win is just a total triumph.

In conclusion this album has probably eclipsed the PUP record as my album of 2016. Do you need this album in your life? Hells yes. Like, yesterday. I don’t think I’ve felt this enthusiastic about an album for ages.