OK, OK. Yes, here I go again. Another Polyvinyl album. I can hear you already: “But Clara, we know you are a sycophantic Polyvinyl fangirl. Do we need to read this? Pretty obvious you’re going to love it.” So, yes, I do love this album. I fell for it on the first listen, but I do have my reasons. Very good reasons. Not just that ‘it’s great’ – although it is. 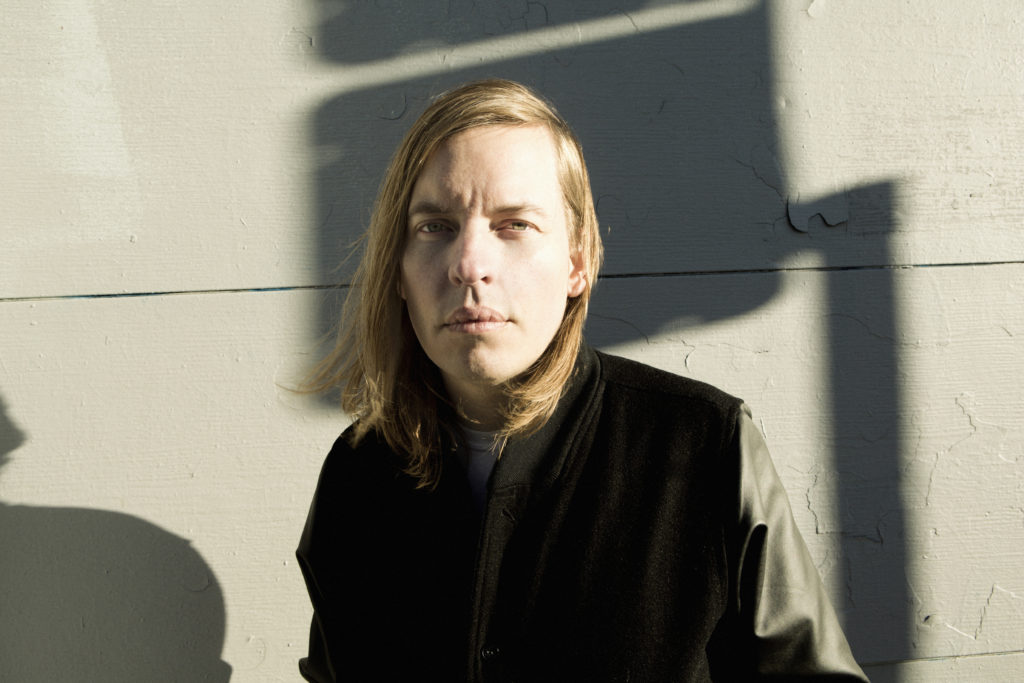 This album is somewhere between ‘breath of fresh air’ and a big old bunch of 90s nostalgia member-berries. Remember when the sky was made of amethyst? Remember when bullets had butterfly wings? Remember when Molly said her back hurt and Jeremy spoke in class? Everything about this album screams nostalgia; except the singer, who sings about said nostalgia really rather calmly. Even the tone, the very feel of the album throws me back to the 90s. The melancholy and angst is now tied to getting old, rather than just growing up. Maybe that is why the melancholy and angst come through – as I near 40 I’m just to damn tired to be moody.

Yet the album really does sound different, like something new. I am not quite sure how that is true – especially when I get such a strong vibe of a few songs in particular, but what an odd choice they are. I say this as they are three songs by bands that I like but never loved (well, two are – one is different). Three songs that stand out because of the way they felt. They are Nada Surf – Popular, Muse – Muscle Museum (which I heard them play live at a tiny gig in Manchester before the release of the first album – and which I still remember clearly, trivia fans) and Henry Rollins / Nine Inch Nails mash up of A Warm Place and I Know You. Like I say, not an obvious choice of songs but I love all three. That feeling of alienation and despondency. Pretty much all of this album makes me feel the same as these three songs, even though the lyrics discuss what could be thought of as the next stage of life from this trio. The bands never really replicated the ambience of these songs, nor did any other band. And yet here we are, twenty years later, with an album that does.

So what is it that makes these songs spring to mind? Well, I guess it is because they come across as poetry with backing music rather than songs. Does that make sense? It does to me. The strong storytelling aspect with restrained vocals (yes, even Muse, although maybe less so). The feeling that someone is telling you all about their insecurities in a very intimate way. The whole album gives me that feeling in the same way that John Cale’s Song for Drella does. Indeed, I think that that is a great comparison. On August Rats, Young Sociopaths, I almost mistake the vocals for Cale – which I mean as a huge compliment.

Some songs do break this mould. 2008 almost stays with this style but has a lovely alt-country guitar twang that makes it just a little different. Reactionary is more akin to Evan Dando with lovely, jangly guitar and an almost lullaby singing style. Oval Beach, Infuriated, Changer and There is No Need to Participate are almost the opposite of lyric based storytelling given that they are instrumental. Falling somewhere like a mix of A.I.M., Boards of Canada and Broadcast these songs should not fit into my narrative. However, whilst each song is fantastic in its own right, they are almost musical interludes on the album, providing a necessary break from the gut-wrenching lyrics on other songs. Echolocation straddles the poetry reading and musical background like a melancholy Lemonjelly, with quite lovely results.

August Rats, Young Sociopaths is an epic example of how painful this album can be. It is beautiful and I cannot stop listening to it even though it really is having a great go at making me cry. In a similar way to when I listen to music like mid-career Mono or Hauschuka, it attempts to get tears of beauty out of me. I’ll be honest – I don’t think I got quite as teary before I started using Oestrogen patches but it is a nice feeling of sadness.

Voiceover really hits the Nada Surf – Popular comparison head on. Vocals almost spat out with vehemence “In my dreams get visits from every beautiful being who’s ever left. They kiss my face, they tell me they miss me, they love they want to protect me. I say I miss you too.” Although they are almost over the top, the triumphant trumpets produce what I can only describe as a weird dichotomy of feeling.

Brick Wall is the epitome of member-berries and dissatisfaction with growing older. “You spend your time looking at books about New York from the 1990s. But you know it’s not the same any more. And all your friends, every single one of them are unavailable… And you don’t really talk to them now, you’re like a postcard they can hang.” Accompanied by discordant, out of tune guitar leads there is so welcoming and alienating about the song at the same time. This really should be a single. But, with that, both Misremembered and Open Letter to Forever could also fill those boots. All are the spirit of this album. The lyrics on the latter are just amazing and probably my favourite. “Like, I remember standing out in front of the Northern, after another 15-paid gig, getting harassed by Olympia street punks (the worst!) for looking like a hipster.” This perfectly reflects the way I feel when I pass young goths and punks in the street and they look at me like I am one of the ‘normal crowd’ there is something hideous about that – the idea that you no longer fit in with your older crowd, that you are old. That you would much prefer to wear comfy leggings and a big sweater rather than PVC leggings that squeak when you walk and a fake fur coat that pongs of old beer, sweat and those nights of falling asleep on the street that once made you ‘cool’. Indeed, whilst writing this, I realised that I used to wear far more make-up as a boy then I ever have since I transitioned. Funny how times change.

The final track of the album is a masterpiece. Mallwalkers is so good at doing what this album does that I almost fear listening to it. So easy it is to be dragged down into despair by this track. The kind of ugly beauty that I felt when listening to the Manic Street Preachers’ Holy Bible. Not musically, but the mood. There is little I can really say about this song, except that you can take what I have described so far in terms of feels and turn up the dial to 11. It just elevates every mood, every moment. If anything I have said so far sounds like something you can enjoy, just go out and get this album when you can and listen to this track. It is released 27.01.2017 through Polyvinyl: https://fredthomasmusic.bandcamp.com/

I wonder whether I already have my favourite album for the year. I really, really hope i can get the silver and yellow vinyl from my local music store. Oh how I hate the huge shipping costs between the US and UK. So unfair!