So today we have a guest top 5 albums of 2017, courtesy of my internet buddy, Mark Lind. Some of you may know him from his sizable back catalogue of punk releases from the likes of The Ducky Boys, The Warning Shots, Sinners & Saints, Dirty Water and more. He also runs a label, State Line Records and a web based record store, Get Punk 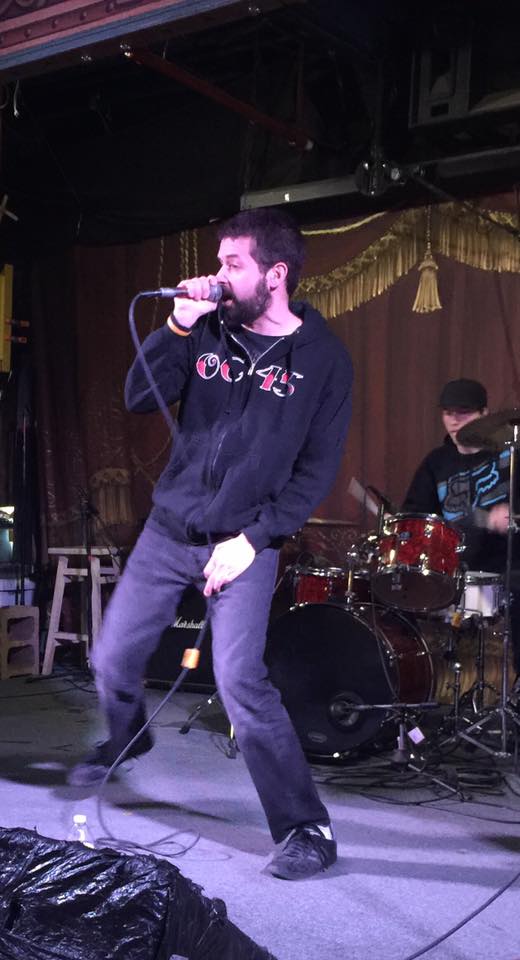 If you didn’t catch his epic interview with Apathy & Exhaustion last year, you can follow the links to part 1 and part 2. Part 3 kind of got lost in the ether somewhere, but I’m sure we’ll have another crack at it at some point…

5. Cock Sparrer- Forever (Pirates Press)
This band still knows how to whip up a batch of catchy anthems that allude just enough to the touchstones of life to be universally loved by people from all corners of underground music.

4. Iron Chic – You Can’t Stay Here (Sideonedummy)
This band is the first to reach out to me through their music and tell me that they respect the past contributions of previous bands and generations – but still say “we’re gonna do it our way”. The kids love these guys and there’s no reason that the 35+ crowd shouldn’t love them too. You need to hear their unique interpretation of punk rock.

3. Rancid – Trouble Maker (Epitaph)
Full disclosure: Rancid is my favourite punk rock band and this album is perfect. They’re 25 years in and still delivering the goods. Were The Who still making good albums in 1990 at their 25 year mark? Metallica had built a fan base 10 million strong and managed to offend them all repeatedly by the 25 year mark. Rancid doesn’t do that at all. They’ve delivered an A+ album that puts out energy to rival that of Lets Go.

The only reason Rancid isn’t number 1 is because no matter what they did, 2017 wasn’t theirs.

2. Nothington – In the End (Red Scare Industries)
If the music business still existed or still cared about cultivating rock bands, then in a fair world In the End would have been Nothinton’s Dookie. The songs are written in a way that professionals would envy. And when you take excellent musicianship and world class drumming and add it to those songs then you are poised for greatness. God bless Red Scare Industries for giving this band the time and room they need to become great. Now please get them back in the studio while they are hot.

1. Hot Water Music – Light It Up (Rise)
Part of the reason that I love this album is that I never paid attention to HWM before. I was a fan of The Draft. But I had seen HWM in 98 or 99 when they toured with Leatherface… and it was just over my head. Chuck’s first live solo album didn’t help. Last February, though I had the amazing opportunity to see Chuck play live. Hell, I got to be the opening act! The sheer control Chuck had over his voice was incredibly evident to me. This man had become a master of the tool he nature gave him. Anyway, about 6 months later Hot Water Music released their new album. I got copies for my webstore but decided to crack one open and give it a listen. The energy is fierce. The song writing is perfect. The vocals are urgent. HWM continues to grow and develop. True rock n’ rollers get better with age. And Hot Water Music deserve some sort of medal for believing in what they do for so long. Eventually you make believers out of the sceptics.