A bit of a strange emotional rollercoaster of a year. My father in law passed away (R.I.P Phil) and I became a father for the first time. Ups and downs. It’s been an odd one and a very busy one. So busy in fact that it took me 5 weeks to bother going to hospital after I fucked up my wrist…
It was however, a surprisingly strong year for releases (in my opinion) though. This has led to some difficulty for me in choosing how this list would break down. Some stuff I’d thought would make the list just didn’t manage to make the cut, even though they were awesome releases in their own right. (Propagandhi’s awesome Victory Lap being one example). Anyways, my list goes something like this… 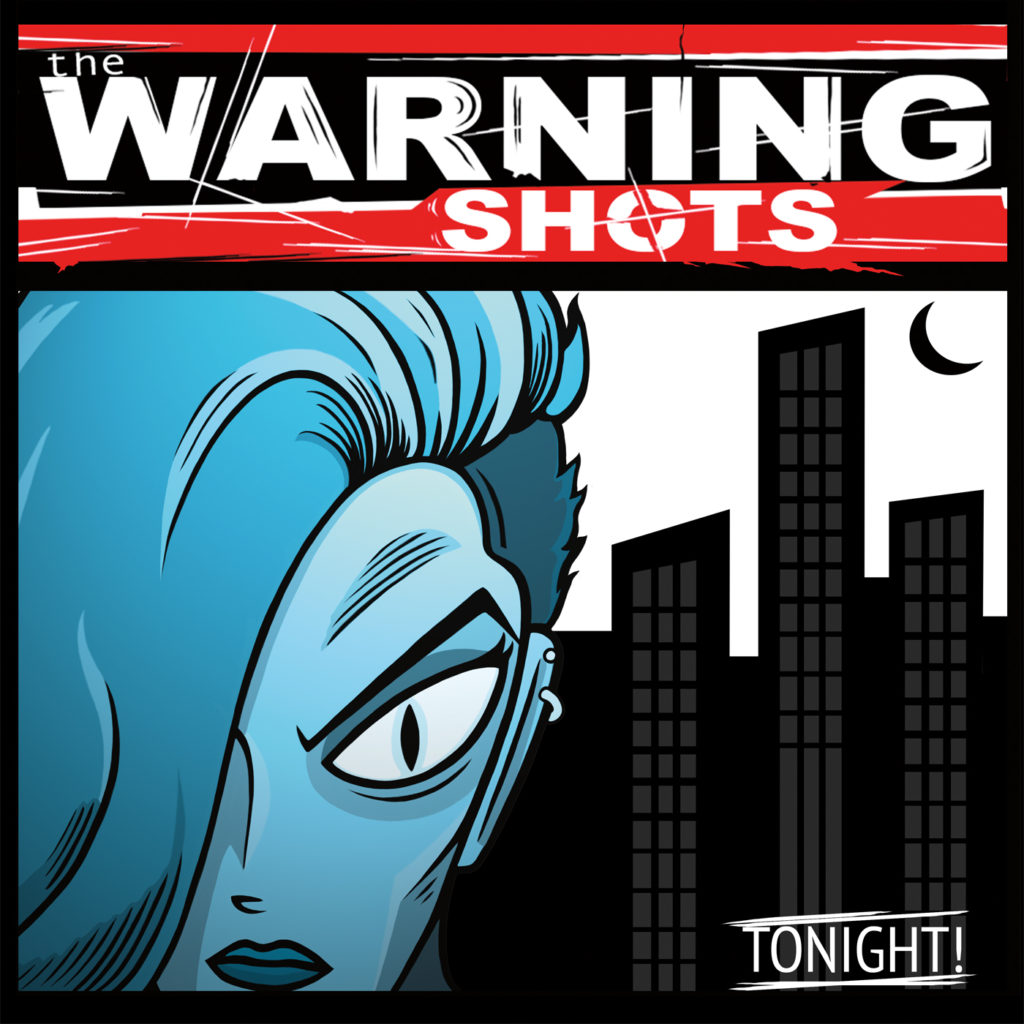 I think these guys have managed to produce a big, bold sound. The riffs are solid enough for any punker. The lead breaks have a lean, hard bitten rock n’ roll influence, kinda like when Guns n’ Roses were nasty rather than pompous. The drumming is incredible – it really drives the songs along and the drum fills have real flare. The drums are the most important aspect of any band. Obviously, if your drummer ain’t up to the task, it doesn’t matter how awesome the other guys in the band are. What I’m attempting to say (but perhaps not getting across) is that this all adds up to a very satisfying package. I’m pretty hard to please. Admittedly, I’m a fan boy of all things involving one or more of the “brothers Lind”, but even so, I am always grateful that I haven’t been let down yet 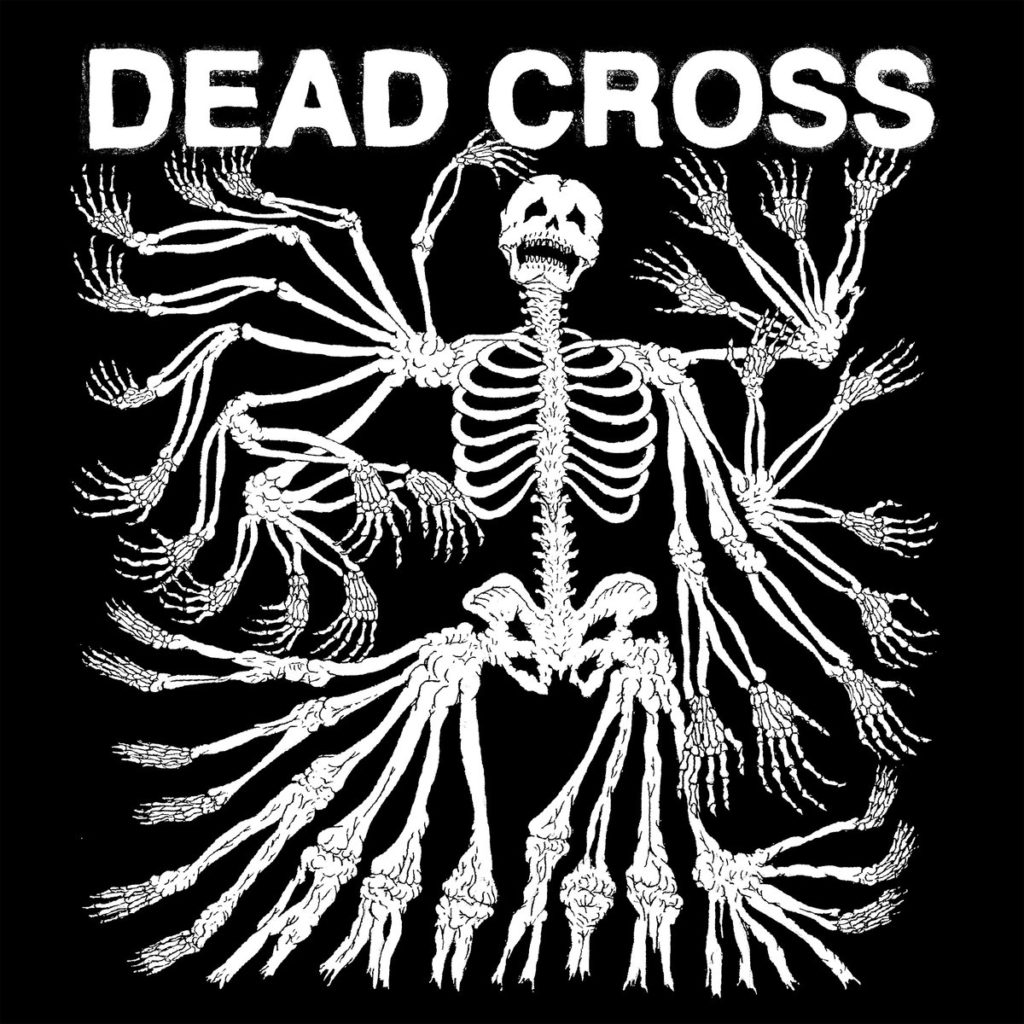 I’d describe this record as a frenzied, high-speed altitude drop. A constantly surprising and oddly enthralling stroll through a twisted mindscape. It’s not easy listening by any stretch, and it leaves you feeling severely soiled in a most satisfying, yet sort of ashamed kind of way – probably what it’s like if you were to undertake a cocaine and peyote fuelled journey of rage killing, soul-searching and sordid self discovery accompanied by some particularly nasty prozzies and Conan the Barbarian or something. Mike Patton and Dave Lombardo, mate. It’s a no brainer. 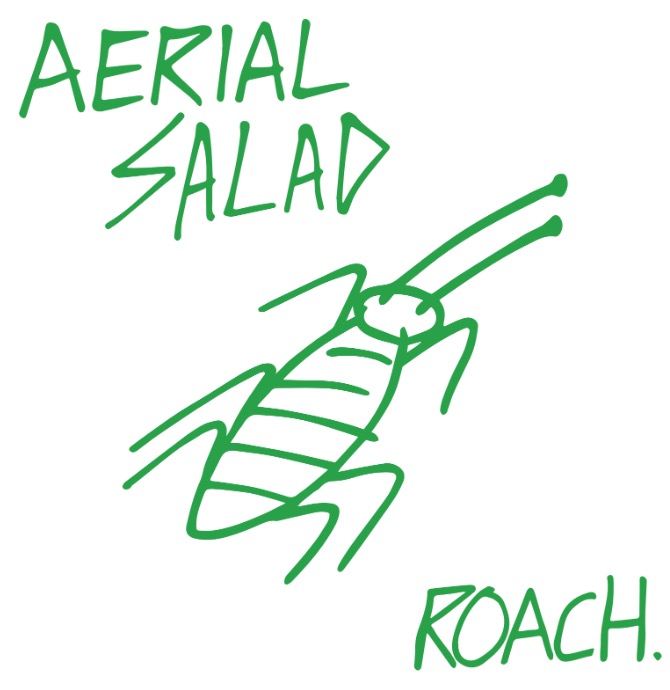 To be honest, it doesn’t matter that this ain’t anything new. There’s something unavoidably charming about this record. The vigour of youth. That totally relatable communication of existential angst in an undeniably bleak socio-economic climate. These young Manchester lads have made a really fresh feeling album. It makes me feel as old as fuck, but I still want to raise my fist and scream and shout along (which at 40 years old is a whole new level of tragic – especially given the youth of these three guys). It’s the kind of shit that although it bemoans the tragedy and misery of the daily grind, in a society where mental health problems are rife, it makes you feel a bit like anything is possible. Catchy and pretty hard hitting. Love it, mate. 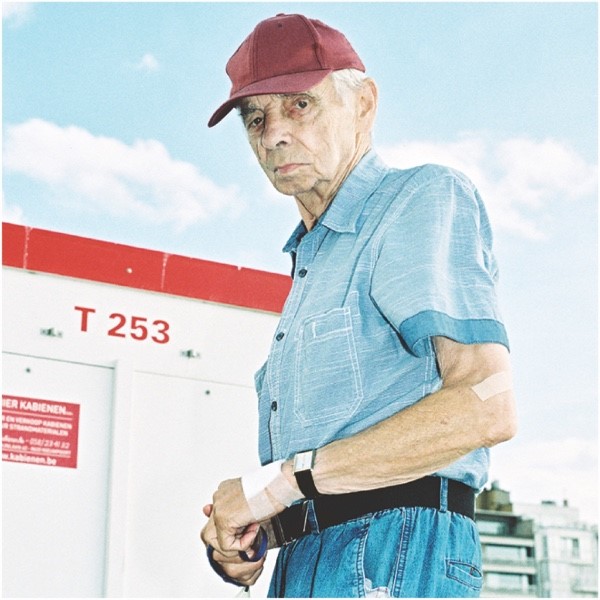 Supertired puts me in mind of a few bands in particular. Firstly, I’ll offer up Wakefield’s emo / indie rock heroes of days gone by, Pylon, purely on the basis that many of the melodies are complete and utter genius, and some of the guitar tones make an immediate mental connection to them (in my tiny mind). Secondly, I’d throw out there Washington DC’s The Dismemberment Plan. I found (and I’m not saying anybody else would) something in this record that really put me in mind of the off-kilter, mathy post hardcore of The Dismemberment Plan. Thirdly, fourthly and fifthly, I’d also offer up Failure (aka the Quicksand it’s OK to like), for the grooving undercurrents, (and possibly a bit weirdly) Cave In for the incredible rhythm section that drives this record along (obviously the non-overtly prog bits of Cave In!), and Fugazi for the smartly direct trad post-hardcore elements that bind these disparate elements together as a pleasing whole. 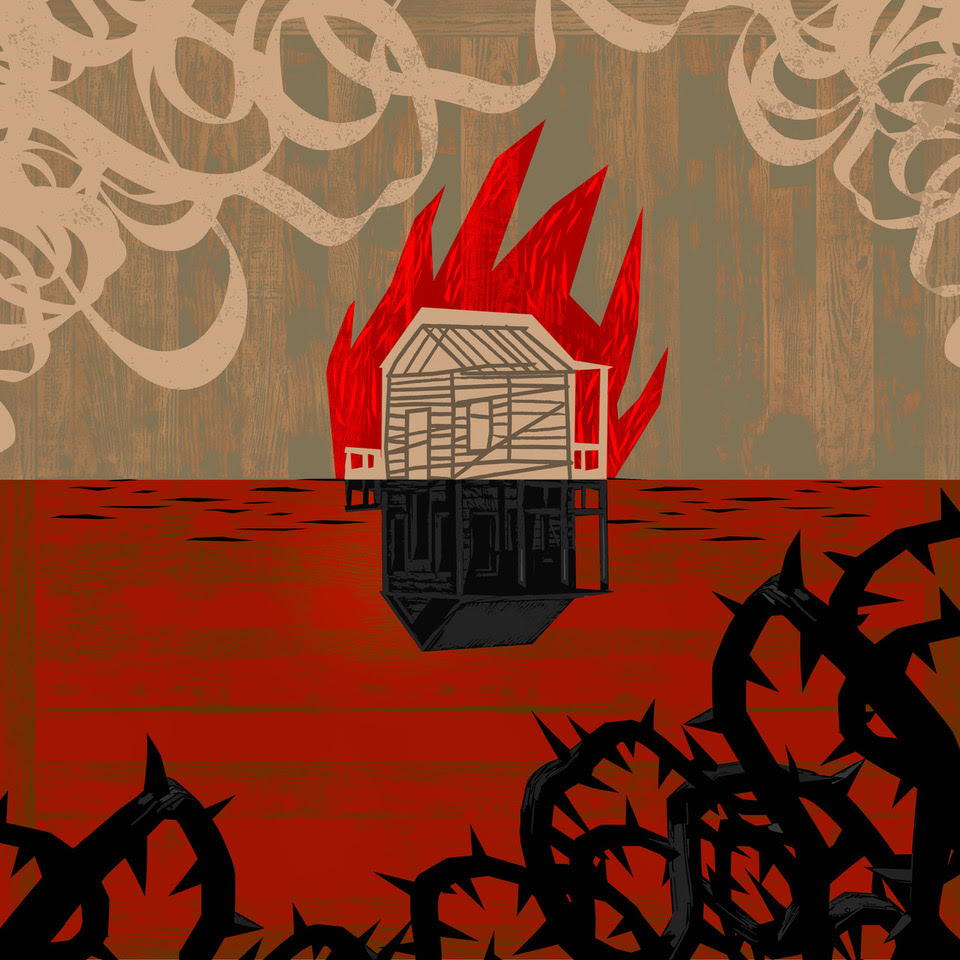 I find it incredibly gratifying to find HWM are still willing and capable to put out those rabble-rousing anthemic shout-alongs that many of us have come to know and love (and that have also been sadly missing from the last couple of releases). Most pertinent cases in point here being Complicated, Show Your Face, Never Going Back, Vultures, and Bury Your Idols. Alongside these, we’ve also got some of those classic substantial Leatherface influenced ‘mood vignettes’, as I like to call them, replete with the expected morbidly epic sounding chord progressions that segue between the verses and choruses, which demonstrate those bleak yet oddly uplifting soaring and darkly majestic vocal lines. Against all odds, and despite previous let downs, I find I’m loving this. I feel like it’s a true return to form, and I’ve found myself struggling not to keep playing it.

6. The Smith Street Band – More Scared of You Than You Are of Me (Sideonedummy / Specialist Subject / Pool House / Uncle M) 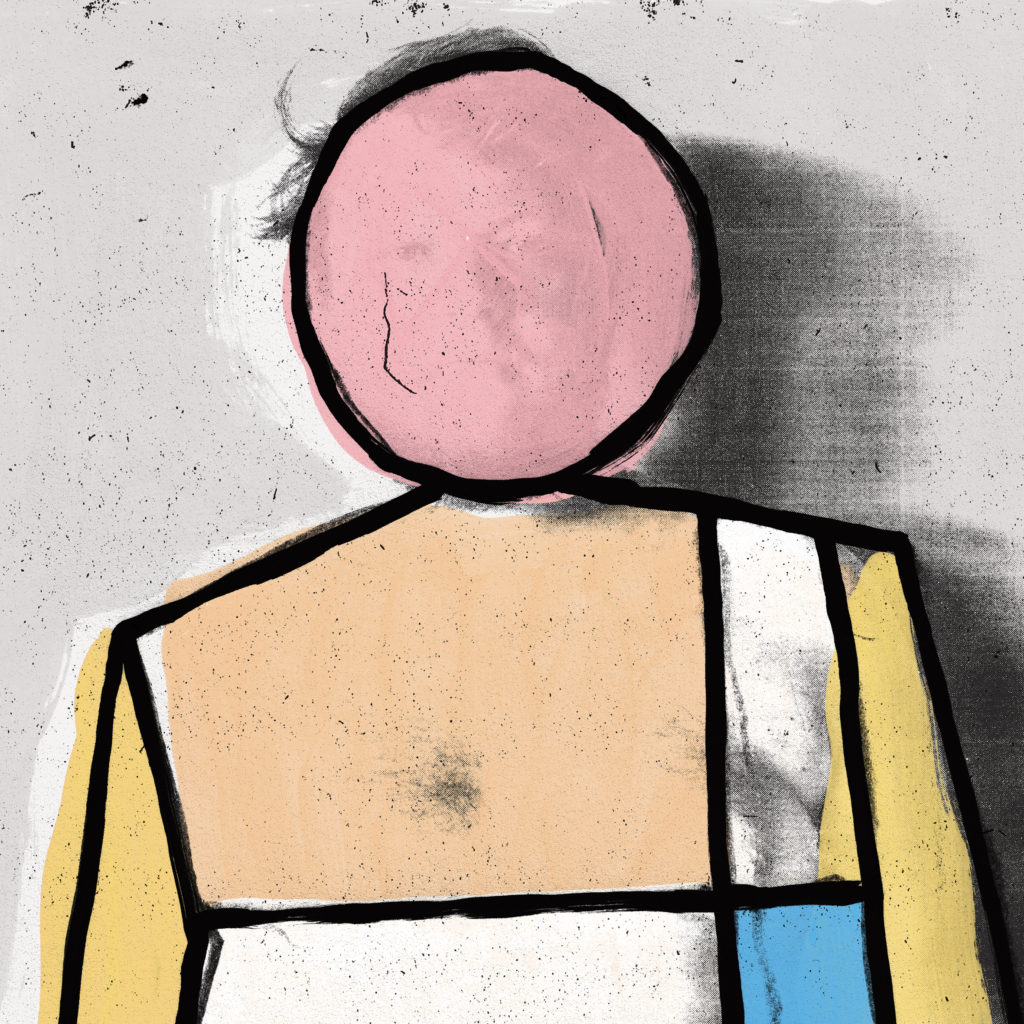 This is pretty much a hybrid of the best most rocking indie-punk elements of The Weakerthans, the gritty indie rock of The Wedding Present, first album Against Me! and a dash of The Impossibles (remember their album Return?). I fucking love this. It’s awesome. There’s a real royalty in exile vibe to this. A very normal bloke with a heart of gold beset and bogged down by the harsh realities of modern life. It’s tough to pinpoint why exactly this is so likeable, beyond the fact that it’s so relatable. Maybe it’s because they’ve got so much right in the composition of this album? 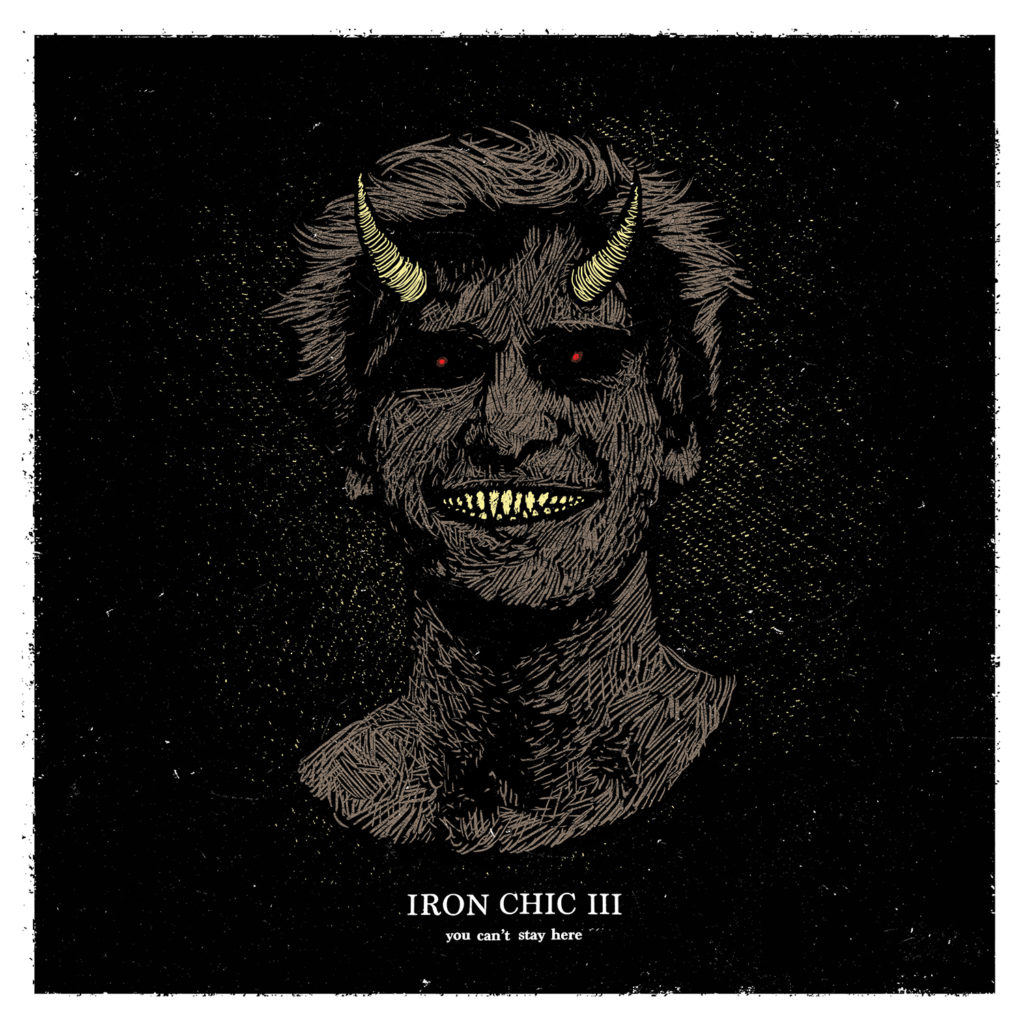 We’ve got a bucket load of sweaty, hooky basement anthems, here. If that in itself doesn’t sell you, or you’ve never heard of Iron Chic, you’ll want to know about the thick, textured, fuzzy, melodic guitar sound and the soul-searching lyrics. You’ll want to know how this fuses the indie rock might of Bakesale era Sebadoh with Jawbreaker’s most inspired moments of punk genius.

As a few years back, Beach Slang named a record The Things We Do To Find People Who Feel Like Us, I’d class this as The Record I Listen to Reassure Myself That I’m Not the Only One to Feel Like This. It’s a class act, kiddiewinks. 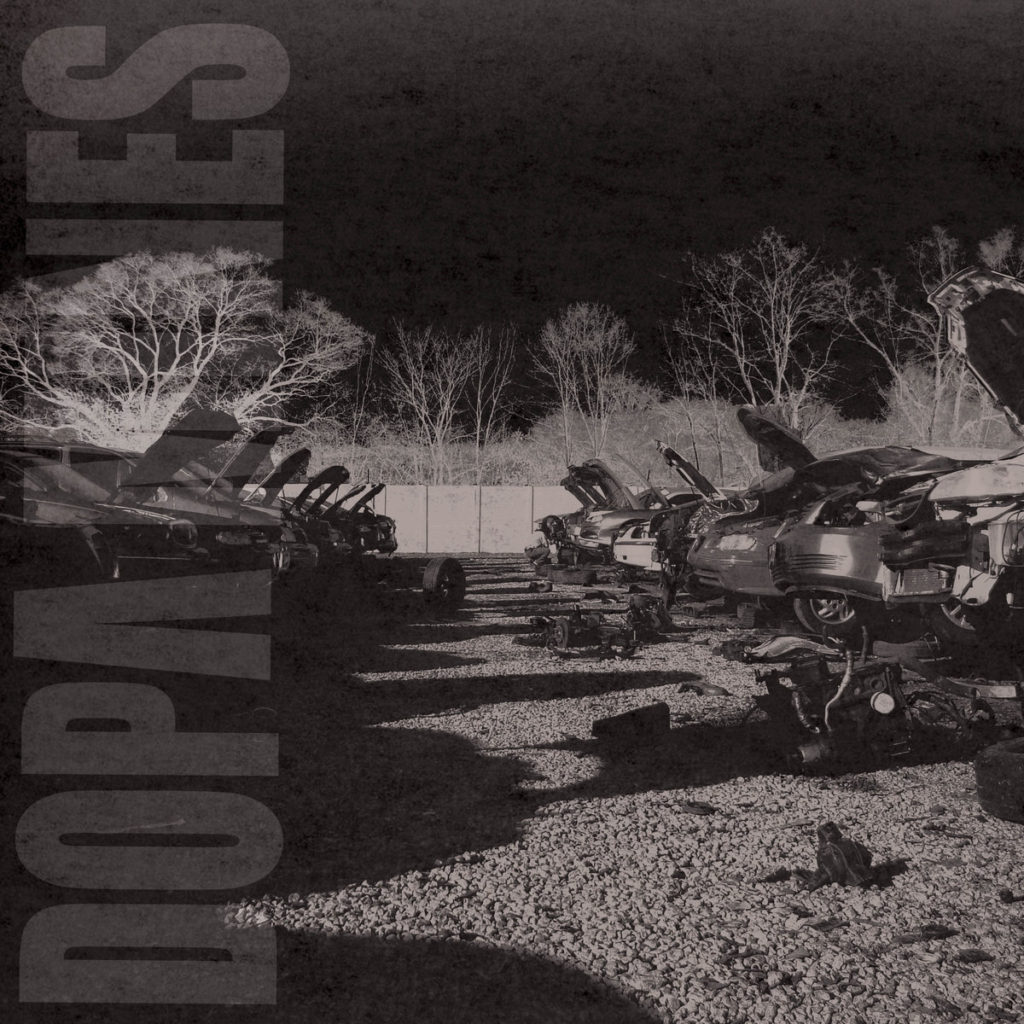 The Dopamines have taken a whole bag of great influences and shaken it up to see what falls out. And somehow achieved something pretty monumental. I’m getting strains of Vs. God era Dillinger Four and Punk in Drublic era NOFX. I’m also hearing that wistful genius that bands like The Lawrence Arms and Arms Aloft pull off with aplomb. To paraphrase Jawbreaker, (who I also hear in this record):

3. The Phosphorous Bombs – Cancers (self released) 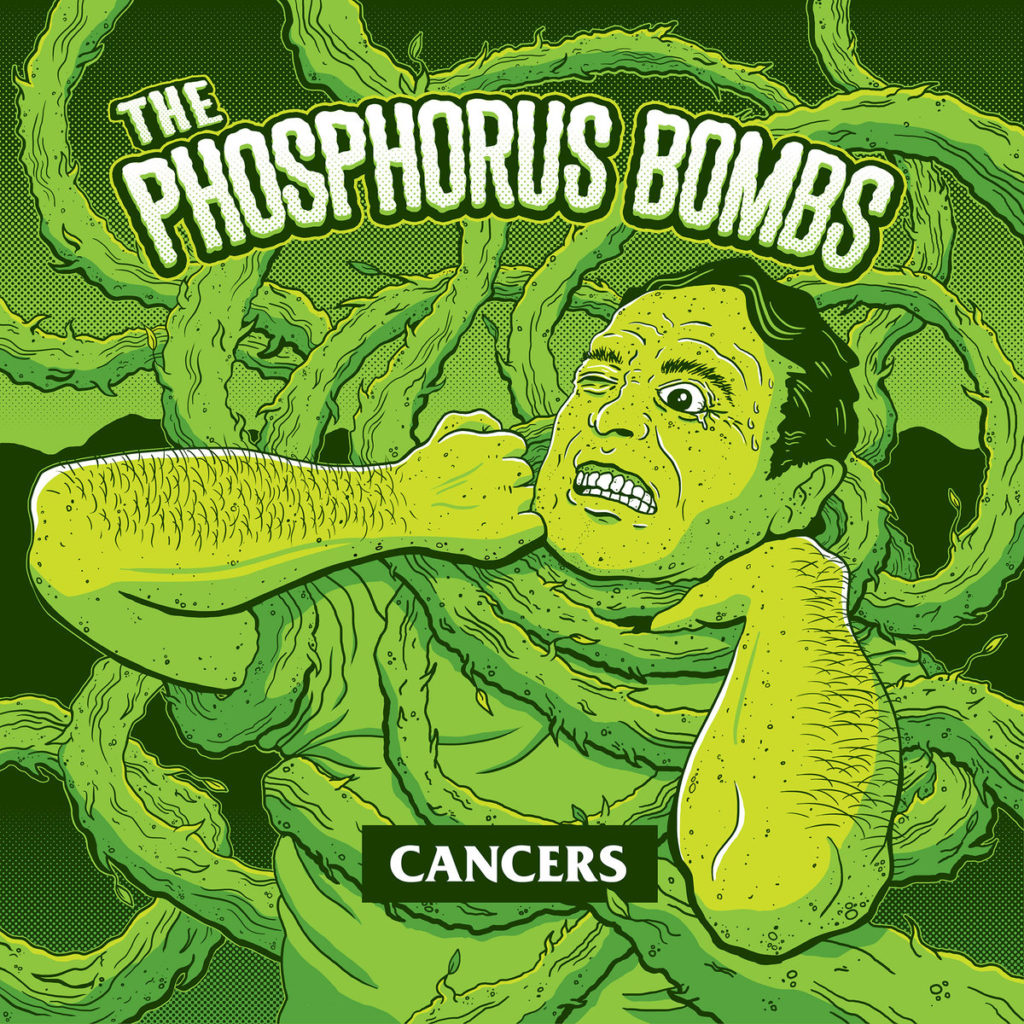 If you long for the days when punk was served up fast and aggressive, with a skateboard and a beerbong, mid – late1990s style then, rejoice. This is more than a mere nostalgia trip. This is as real as it gets. To the extent that they recorded this hog at the Blasting Rooms with Jason Livermore. For serious, mate. Even though this record is self-released. And you can get a download of it for $5 Australian. That’s a piddling £2.89 in English money. Are these guys fucking nuts? They are virtually giving this away at less than 25 pence a track. And did I mention it was a total ripper? And sounds like a modern day RKL? 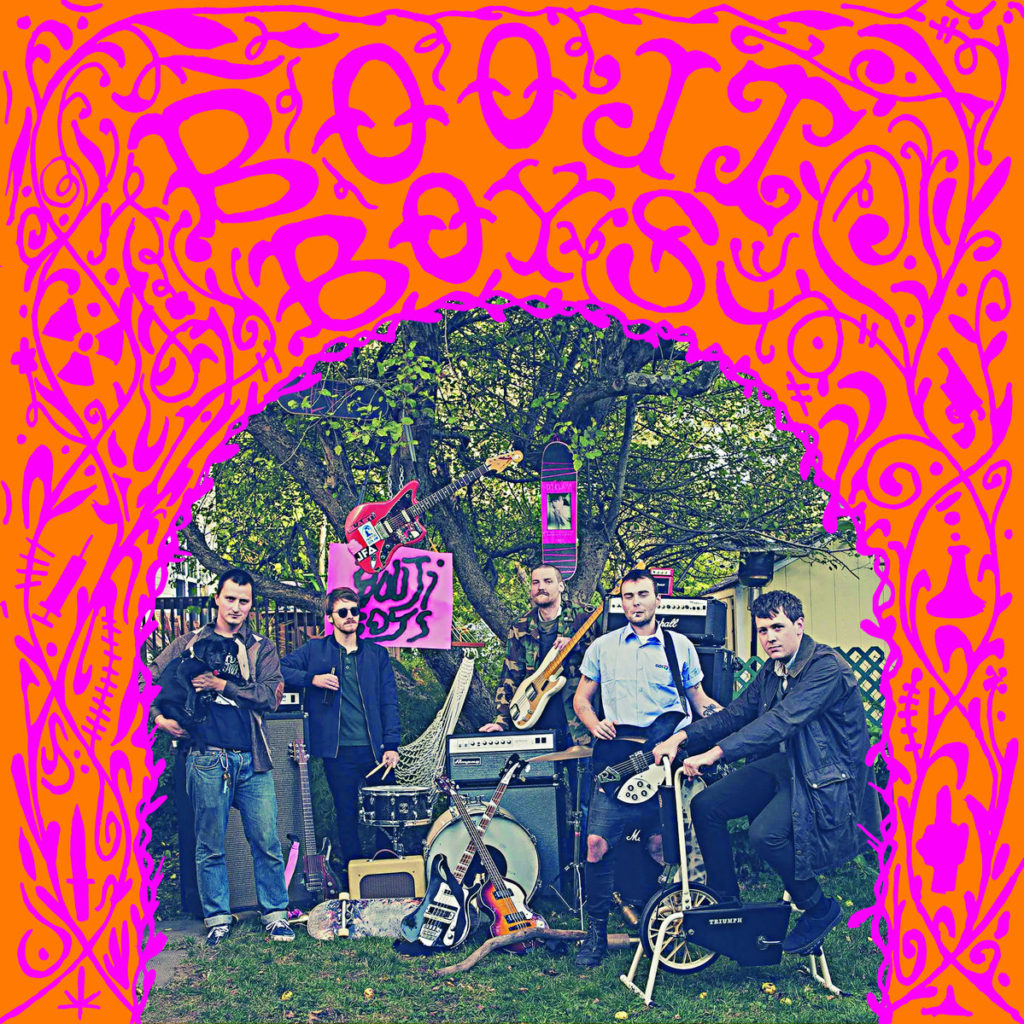 So what do the Booji Boys sound like, then? Well, first off, you’d notice there is a fairly hefty amount of fuzzy distortion overlaying both guitars and vocals, but you don’t have to dig deep at all to uncover the madly exciting hooks. This band can best be described (by me at least) as players of crazed, rock n’roll influenced power pop. It’s some seriously hectic shit with crazy-silly riffs and lunatic scales. I’m guessing that if you took the super-melodic power-pop sensibilities of The Professionals and added a soupcon of Mudhoney’s guitar sound circa Superfuzzbigmuff and projected this through a filter of Ramones influenced punk rock ala, say Teenage Bottle Rocket or the Murderburgers (something of that ilk) onto a manic backdrop of bad 1950s – 60s science fiction (probably featuring irradiated giant insects or Godzilla), then this is roughly what you’d end up with. Or maybe I just love the idea of people in rubber monster suits stomping about and breaking shit against a hot-pink backdrop. Seriously, this shit is bananas. In the best possible sense. I love it, I love it, I love it. I wish it was longer. I find this record incredibly uplifting to the point it’s almost mania-inducing. There’s so much for me (and you) to be excited about, here. And it’s oh so very more-ish. There is nothing about this to dislike, and everything to like. I can’t say it any plainer. You need to get on this, or you’ll forever regret missing the boat. 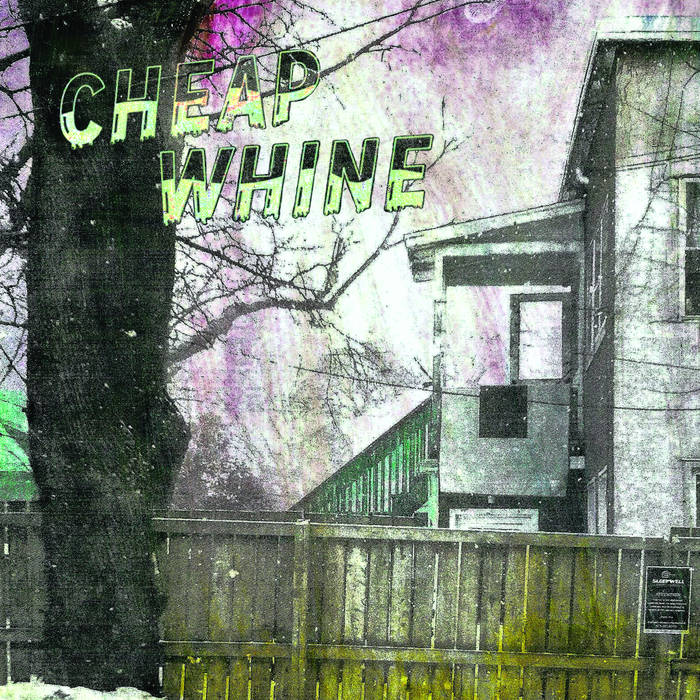 Cheap Whine are putting the power back into power pop. This is high octane, frenzied, and bleak stuff. This has got it all. Speed. All the hooks. In fact, not just hooks –it’s got barbs, motherfucker. Desperation, heartbreak, rage, existential horror and dread in equal measure. It’s a real exposition of loneliness and visceral emotion knife-fighting it’s way free of a pack of jocks at break-neck speed. When this dropped, I thought it was awesome – I had no way of knowing it would be my record of the year, though.