Not to be confused with Morrissey’s old punk band, The Nosebleeds from way back in the late 1970s, Nosebleed play garage rock meets punk n’ roll. It’s jagged and obnoxious, and right from the off, it induces compulsive head twitching and frenetic toe-tapping. At least, I couldn’t help myself at any rate. Scratching Circles on the Dancefloor is their debut LP.

Expect silly, riffy guitar rock in a similar vein to The Hives, New Bomb Turks and Gas Huffer, only without the shit bits. There’s also a healthy powerpop influence that immediately puts me in mind of some of those amazing Canadian exports that Juice over at Drunken Sailor Records has been putting out recently such as Booji Boys, Cheap Whine, Corner Boys, First Base et al. all of which are worth checking out if you’ve not taken the plunge. Mentally enough, in many places the vocal is oddly reminiscent of Danzig! 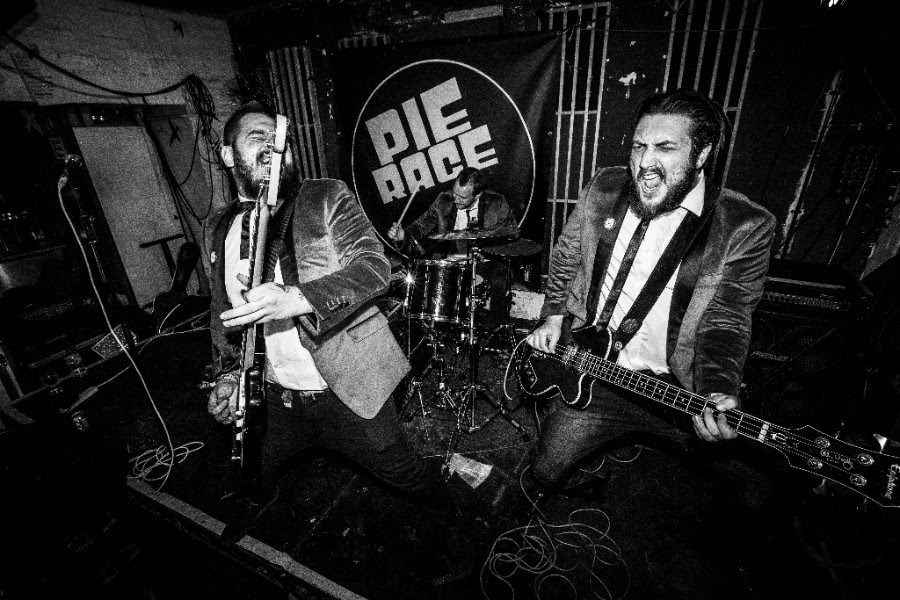 From the live shots I’ve seen, this lot look like they engage in Voodoo or Spiritualism or some shit (check the album cover mate), snort meth amphetamines by the kilogram and rock HARD. The level of sweat being exuded is certainly impressive. The songs don’t really concern themselves overly with passing the 2 minute threshold, packing 13 songs into 26 frenzied no fux given minutes.
My top picks are Time and Time Again, Wrong (the intro riff from which reminded me of Can’t Explain by the Who played at 4 or 5 times the speed), and Everybody. To be honest, this record is full of winners, and even though it may seem a little bit samey, you won’t get bored as it’s over with pretty quickly. Plus, if you are anything like me, you’ll want to start over again from scratch straight away. Tony of Nurgle rating 8/10

You can check this for yourself on the player below:

You can get it from TNS records now on a variety of formats / bundles.