First off, I need to make it clear that I feel to an extent that I’m not by any stretch the most appropriate person to be reviewing feminist hardcore punk. If you are a feminist, and are reading this, apologies if I get anything wrong. If you are a feminist and want to write for Apathy and Exhaustion, please do get in touch – I would dearly love to have someone on team to give proper representation to this stuff and any issues associated with it – I feel wholly inadequate, but I’m doing my best.

To business, then. I think I first heard about War on Women a year or two back when Propagandhi took them out on tour in the US, and I’ve seen various bits about them since on my social media feed (god, it feels fucking tragic talking about my social media feed). Obviously I was intrigued by the name at the time, which I’d guess is a socio-political statement about inequality and the unjust place women have all too often been forced to occupy in a largely patriarchal society. I’d been meaning to, but never quite got around to checking out the music for one reason or another (all these bands, so little time). 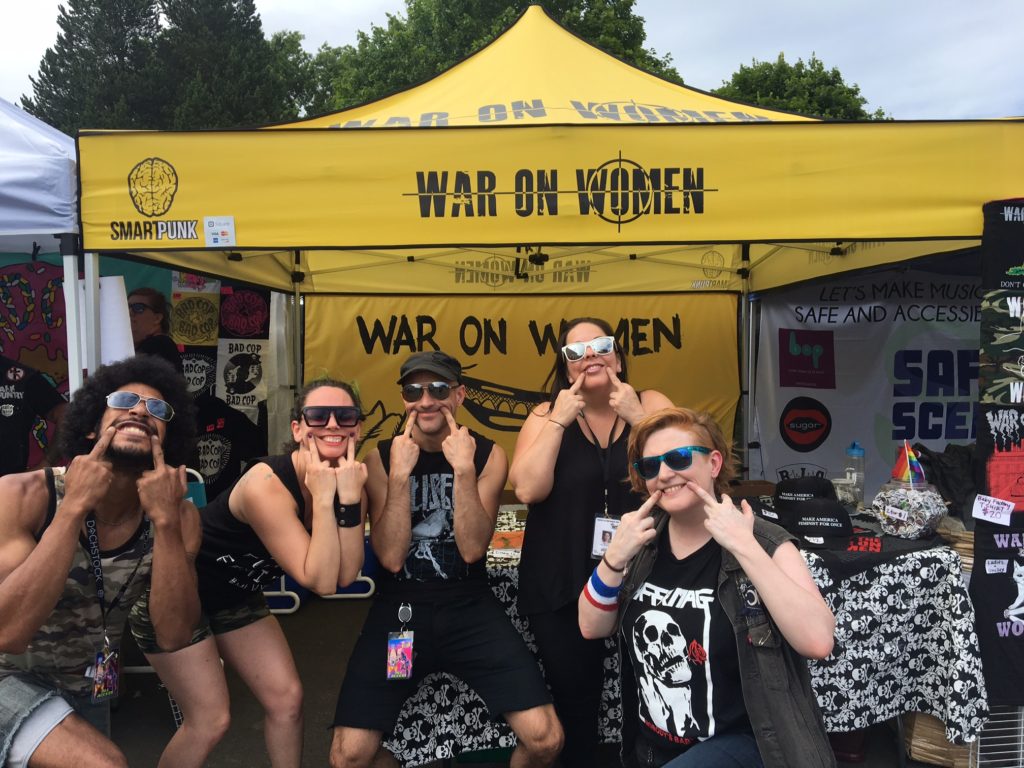 According to their bandcamp page, War On Women is a co-ed feminist hardcore-punk band, formed in Baltimore, Maryland in 2011. Capture the Flag is (I think) their second full length album, and I would take a punt that the title is a rally cry to seizing control and smashing the patriarchy (obviously, this comes with the caveat that I’m probably wrong!). You can check out their other material on their bandcamp page. 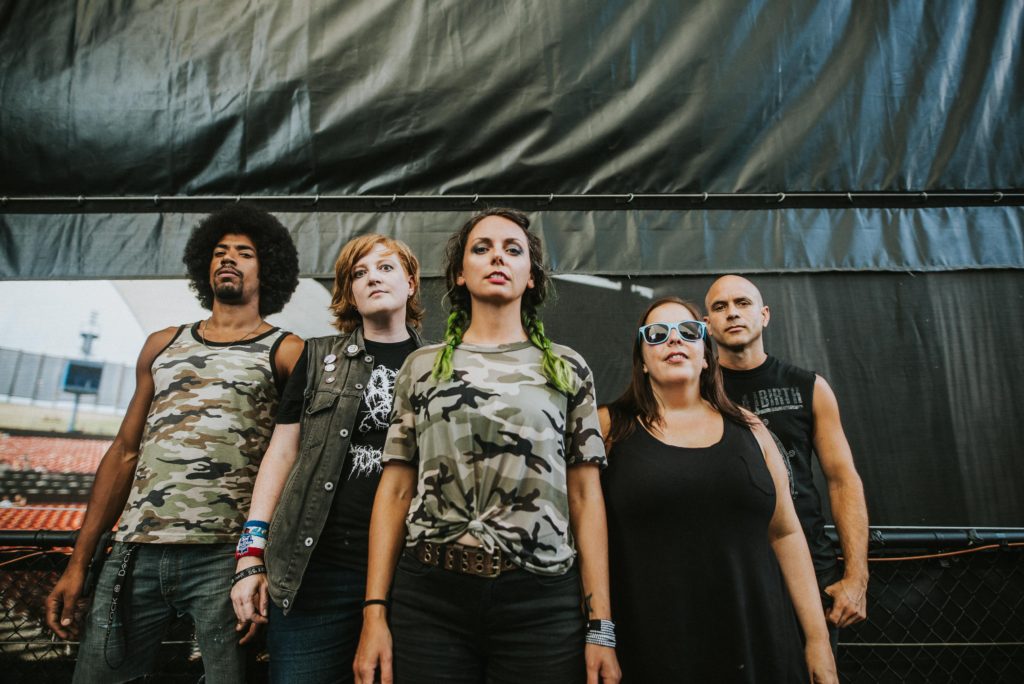 Anyways, Capture the Flag. This record is (speaking as a man), as important a lecture on the female consciousness and the implied place of ‘the female’ in a patriarchal society as you are likely to get. If you are a male, you need to listen and take notice: all the shit you take for granted; all the shit you will never have to deal with. All females, you need to listen and take notice: Shawna Potter is a forceful, outspoken figurehead and positive role model – particulary in the current climate where a talking cheese-puff in a fright wig runs a major global political beast and world power… and thinks it’s OK to grab women “by the pussy”. And brag about it? Fuxache. In a punk scene where people are being called out as violent sexual predators on a weekly basis (how much of this shit will continue to go unreported?). What the fuck is this world at all where we continue to tolerate this? This is hardcore as it should and needs to be, mate. Wrathful, truthful and to the point.

These hard-hitting tracks take in a range of topics from rape culture, sexual violence, female genital mutilation, abuse, exploitation. Messages we all need to not only hear, but take notice of – especially men. I’ve mentioned elsewhere on this blog that I can’t ever consider myself a feminist – this is because I recognise my privileged place in society and will never be able to have a true perception of the world from a female perspective – but I fully support the feminist cause (asides from distasteful stuff about the transgender community that occasionally crops up). If all I can do is try to be as respectful as possible, and call people out on their shit when I feel out of line, then I’ll consider that a step in the right direction. If all I can do is point people toward stuff like War on Women, Petrol Girls, Sharp Tooth (Lauren Kashan makes a guest appearance on several of these tracks) and Fucked & Bound amongst others as exemplars of the cause then I will do that.

Right, I’m shutting up. Shawna can say this shit better than I could ever hope to. But I’m not shutting up before I urge you to check out the album, especially YDTMHTL (you don’t tell me how to live – probably the album highlight for me, by the way) on the player below:

If that piques your interest, then you can also go and watch / listen on Youtube below: