Character Actor is something of what I guess you’d call a “supergroup”, featuring members of The Ergs!, Night Birds and Black Wine. They are a three-piece, and are all recent fathers, which has contributed to putting their other projects on hold. What we have here is the product of weekly escapes to the garage to write “loud, fuzzy pop songs”. And lo, a punk dad-rock project was born, and this is their debut 7in. 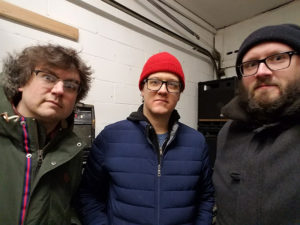 I loved The Ergs! while they were active, but admittedly I never really “got” Nightbirds. Black Wine I’ve never heard of to be honest. But none of that particularly matters, really, this is pretty cool in its own right. These songs may be simple, but it makes sense to me that there would be a real art to making simple songs really well. I dunno, probably just as hard in a way as creating tech stuff (but that kind of shit often leaves me cold anyway).
This speaks to me of rocking hard for the love of rocking hard. It’s got a really awesome feel of classic Sebadoh style post-grunge indie punk to it, only forced to play ball and adhere to a tighter structure ala the most recent three joints from the Descendents (although that realistically spans about 20 years), Masked Intruder and of course, The Ergs!

You can check it out for yourself below: 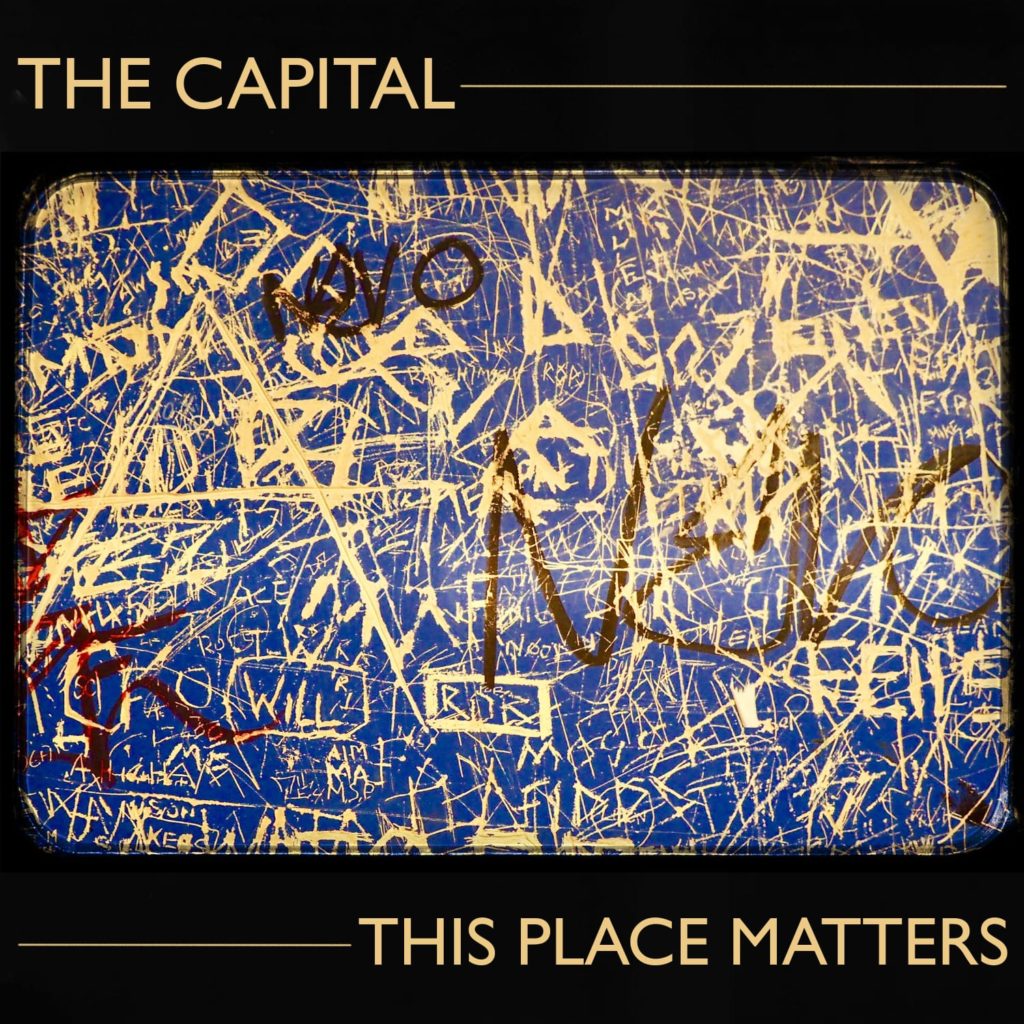 OK, apparently these guys have risen from the ashes of Preston band Failsafe (who I believe were previously known as Duck Hunt), following on from the untimely death of singer Matt Cogley in 2015, which I’m sorry to hear of today. I must’ve been living under a rock or something. I can remember him doing an acoustic set at Roadkill Records way back in the day (I’m guessing around 2006). He seemed like a nice enough bloke, although the music wasn’t really for me, to be honest.

The press material references The Flatliners and The Menzingers as influences. And I can hear them both really clearly in this music. Obviously anyone that regularly reads this will know that I can’t rouse any interest in myself in either of those bands – I find them duller than dishwater. It also references Hot Water Music, one of my all time favourite bands, as an influence. Only I’m not particularly picking up on much Hot Water Music here at all, apart from in maybe Rise Above it All, which is the stand out track by – fucking miles – of the five cuts presented here. Only Human is also worthy of a mention here, and has that soaring quality that I associate with the finer moments of Samiam.

I only wish the other tracks here lived up to the standard of those two. Music like this, with particular reference to the vocal, shouldn’t be quite so polished and “produced”, as for me it diminishes much of the passion. As it stands, it feels like a somewhat tepid melange of The Gaslight Anthem, The Menzingers and Jimmy Eat World after they’d stopped releasing music with anything that could be reliably considered to be passion or integrity. However, I’m sure these lads will no doubt be hugely successful, and I can’t really begrudge them that.

You can check it out for yourself below on Spotify 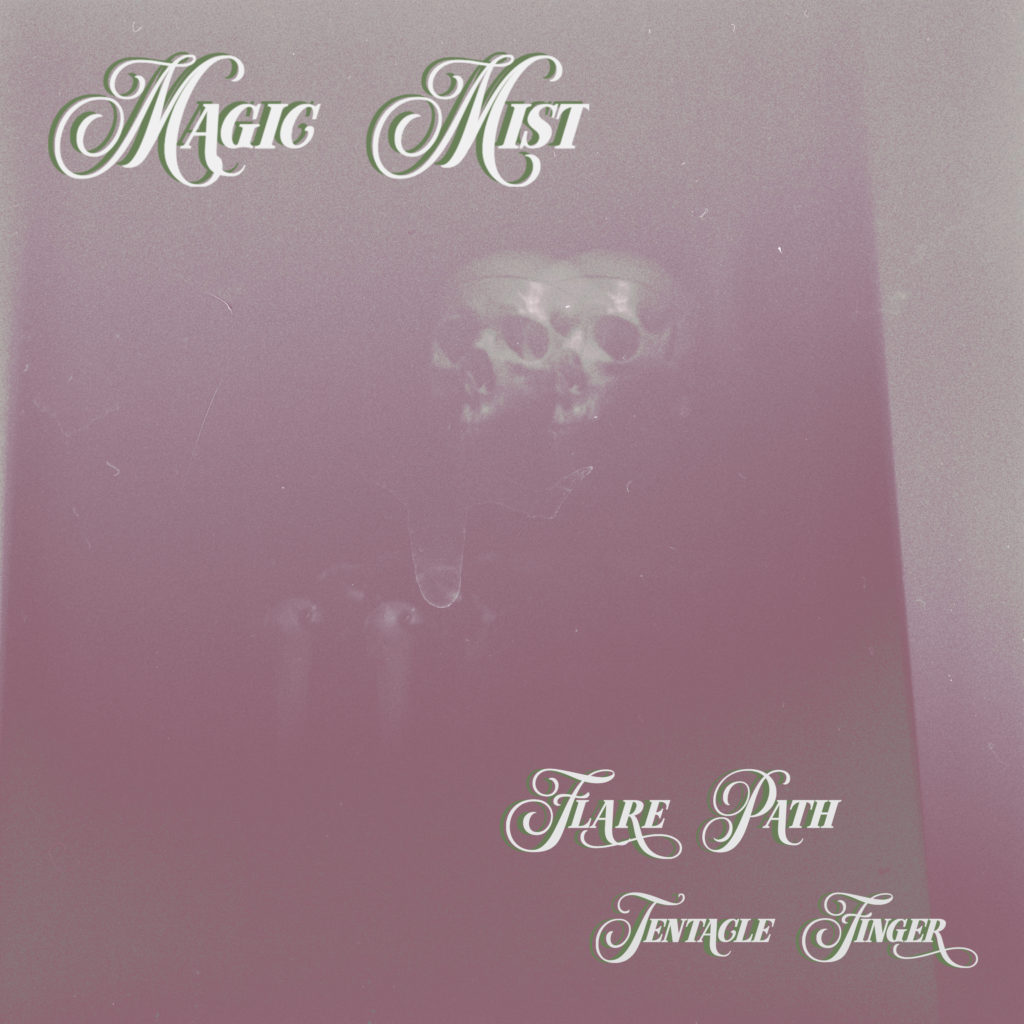 According to the promotional material, Magic Mist is both the name of a car air freshening machine and the band formerly called Giant Burger. The tri-vocal quartet felt that Giant Burger had run its course, and they’ve emerged from some kind of chrysalis like stasis with what they describe as “a less kind sound for a less hopeful world”. In real terms, this means that Magic Mist feature “more synths and fewer jokes” than Giant Burger. I now find myself curious about Giant Burger, though. Especially as someone in this band is called “VegetarianHamburgerHelper”, which stands in contrast to the more normally named Rosie, Oli and Owain…

I’m told Magic Mist take influence from a range of stuff such as 80s goth, post punk and hardcore. It’s clear enough where the post punk element comes into play as this seems to form the core of the sound. I’m guessing that the twinkly beeping booping synths must account for the 80s goth element, however, I’ve spent so little time listening to 80s goth that I’m pretty much clueless. However, the synths employed here weirdly remind me of the Adam Buxton character Louise (the one with a song about Lt. Worf) for some bizarre reason. The hardcore element wasn’t really too obvious to me, but that doesn’t mean it’s not there. To be honest I’m more put in mind of a more stripped back interpretation of DC / Dischord style post-hardcore ala Fugazi and so on. 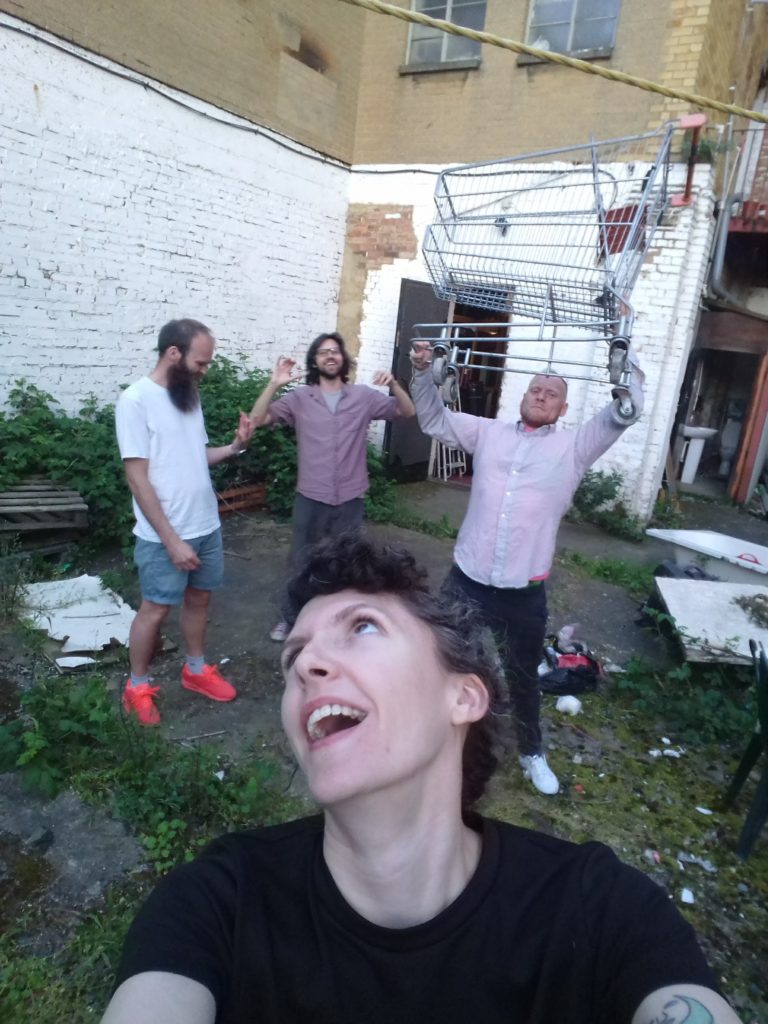 Anyway, this is fun (in a mild existential dread kind of way), and given I had no real idea what to expect from this, something of a treat.
Tony of Nurgle rating: 7/10.