For the unfamiliar, Red Hare are a historied band with deep roots in the Washington D.C. hardcore punk scene of the 1980s and 90s. Their line-up includes Shawn Brown (Dag Nasty), Jason Farrell (Swiz, Bluetip) Dave Eight (Swiz, Bluetip) and Joe Gorelick (Bluetip, Retisonic). So we are dealing with some serious pedigree. Anybody remember seeing Bluetip at the Star and Garter by the way? What a gig.

I can remember first being introduced to the music of Red Hare by our own Andy Moore a couple of years back, although I had at least a passing familiarity with the previous bands referenced here. Little Acts of Destruction is Red Hare’s second full length, following on from their debut Nites of Midnite (2013) and their stop-gap 7in, Lexicon Mist (2016).

As you’d probably be able to guess, the music here carries a tonne of weight. The influence of the constituent elements of the band are clear: from the jagged D.C. style of hardcore, through melodic punk and into that oh-so classic yet timeless post-hardcore sound and structure that has provided the backbone to much of the music we’ve (as a global scene) discovered and grown to love ever since. 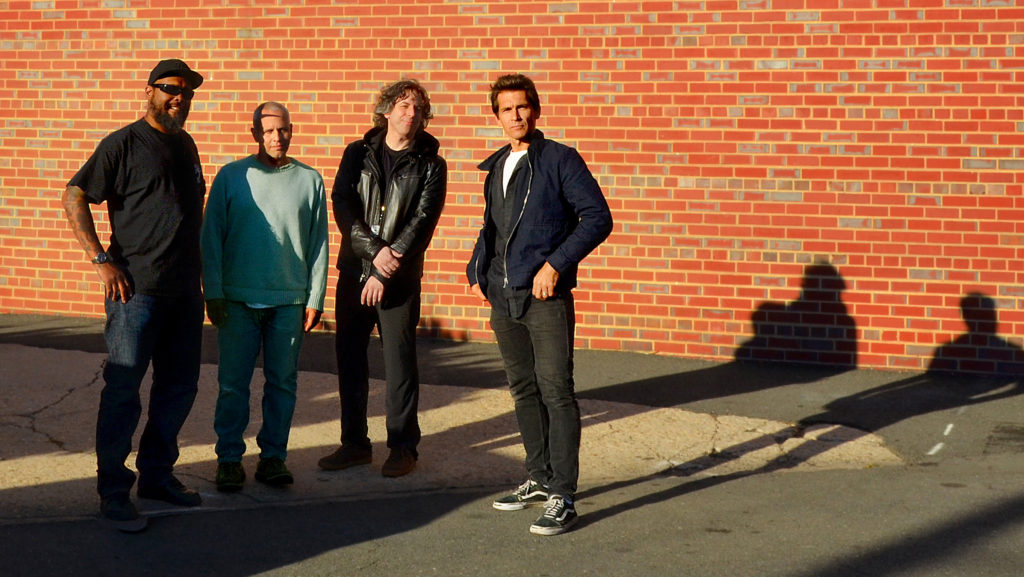 There’s something visceral about this. Something tightly wound, that never quite explodes into full on unrestrained violence, but instead seethes with inner turmoil. Yet at the same time, this record feels cathartic: like the expulsion of daemons from the body of the possessed; like sweating out pain. Whatever you take from this, whatever mental images this conjures in your mind, however it makes you feel, there’s no denying that you will find yourself swept along. Whether this is in a state of kicking and screaming discomfited panic or buoyed upon a wave of feeling will be entirely down to you, and how you are feeling in that moment.

If you dig on those classic emo bands like Rites of Spring, Embrace, Policy of Three and so on, or if you were big into later bands like Braid and Burning Airlines, or even stuff from the UK Scene (classic or more current) such as Bob Tilton, Spy vs Spy and Crash of Rhinos and so on then you will get a whole lot from this. Tony of Nurgle rating: 9/10

You can check it out for yourselves on the bandcamp player below:

Little Acts of Destruction will be available on CD, digital download, and on clear vinyl (limited to 200 copies), as well as a larger imprint on black. Like the preceding Red Hare releases, this is a joint release between Dischord and Red Hare’s own label, Hellfire Records. You can purchase it from the Red Hare bandcamp page on all formats