With “Last Building Burning”, Cloud Nothings continue their bear-perfect trajectory with an album that delivers everything you want and need from a CN album.

2017’s “Life Without Sound” left me somewhat cold – not that it was a bad album, but seeing as it’s two predecessors were truly iconic, banger-filled rage-fests, the albums subdued cleaner tones failed to have the same impact. However, that albums songs came to life in a live setting, which is always where Cloud Nothings have excelled – tearing through sets at breakneck speed, barely pausing for breath between songs. It feels like the band are aware of this too as “Last Building Burning” was recorded live in the studio by producer-extraordinaire Randall Dunn (the man behind the desk for many a Sunn O))) album). Each song here is frenetic and filled with rage, Dylan Baldi’s vocals often turning into an aching howl as the songs sprint towards their climax. 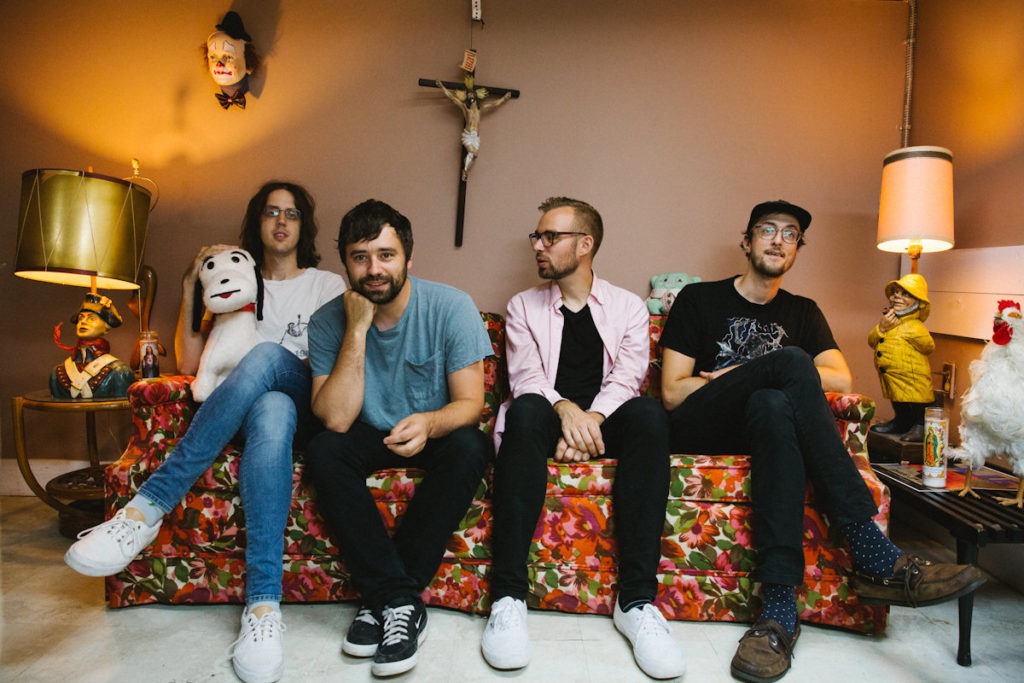 There are plenty of melodic hooks that will get buried under your skin, as per usual with Cloud Nothings – the singalong chorus of “Leave Him Now” is a particular highlight that would sit comfortably on their career-highlight “Attack On Memory”. Another melody-fuelled favourite is “The Echo Of The World”, which propels forward on jagged guitars and haunting melodies to an exhilarating climax.

The albums’ centerpiece is the 11-minute “Dissolution” – as the tension reaches breaking point, the band collapse into five long minutes of feedback and chaos. It’s a bleak bottomless pit of noise that only lets up once drummer Jayson Gerycz brings in a metronomic, propulsive beat, allowing the song to race to its enthralling conclusion. It’s a song that will no doubt divide listeners – casual listeners will no doubt find it a moment that is too abrasive and meandering, whereas die-hards will be enraptured.

You can order this record on LP, CD, cassette or digital download from the Cloud Nothings bandcamp page