For the unfamiliar, Brendan has been partially responsible for some of the better acts across the spectrum of the Chicago punk scene over the past twenty-some years. He’s perhaps best known for The Lawrence Arms, The Broadways (which featured Chris McCaughan) The Falcon (with Dan Andriano of Alkaline Trio and fellow Larry Arm, Neil Hennessey) and ska core heroes Slapstick (which also featured Dan Andriano). He also has some involvement with Red Scare Industries (with Toby Jeg) and writes for Vice Noisy and The Bad Sandwich Chronicles (a blog run with Laura Jane Grace of Against Me!). He also has what I guess is best termed as a “joke” twitter / Facebook alter ego, ‘Nihilist Arby’s’ (for the benefit of non-US folks, Arby’s is a chain of fast food restaurants). The Wandering Birds is Brendan’s solo project, which I suppose he does when he’s not doing any of the other stuff. Fuck, man, this garbled as hell already. 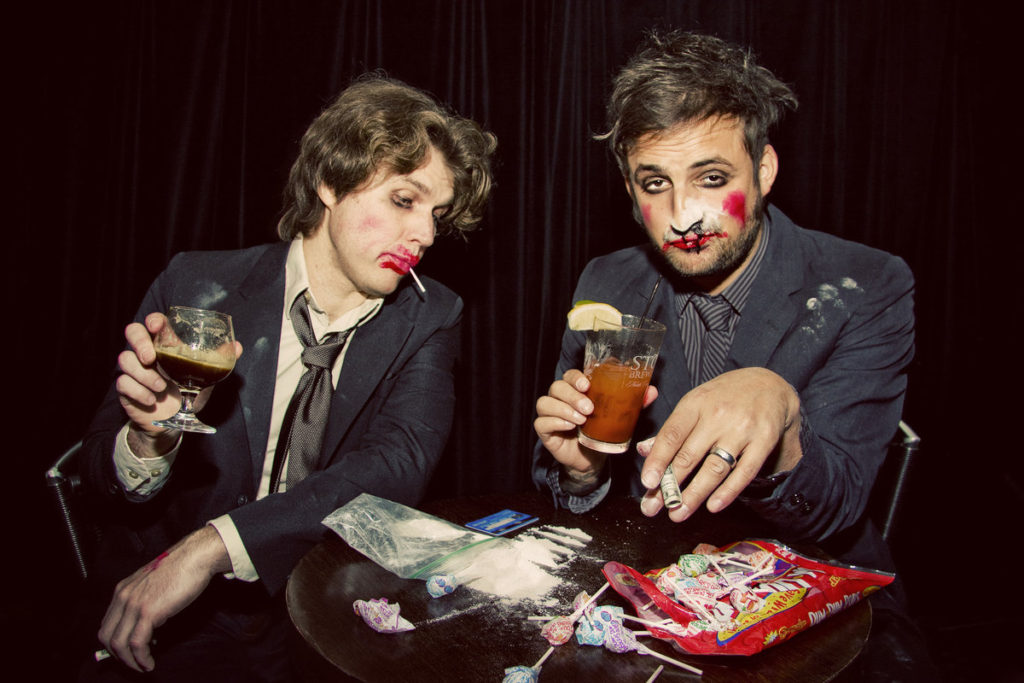 Anyway, I feel it would be fair to say that The Wandering Birds encapsulate a different facet of Brendan’s character than perhaps those of his other creative outlets. If The Lawrence Arms expresses existential angst, social anxiety, ennui and a sense of helplessness through self-reflection, and The Falcon examines the same through a lens of inebriation, excess and metaphor, then perhaps it’s fair to describe The Wandering Birds is something of an exploration of twisted humour through the application of inebriation, dark fantasies, self-deprecation and double entendre, I guess almost in the persona of an itinerant vagrant meets bard. I dunno – I could be getting this all ass-backwards, but that’s my attempt at being intelligent over with for the day.

Anyways. I’m a massive Brendan Kelly advocate as I explained at excruciatingly painful length in my autopsy of the last Falcon record, Gather up the Chaps. Which Brendan actually confirmed he had read when I spoke with him at the BK / Sundowner / Sam Russo show in new Cross a few weeks back. Shout out to Brendan and his stamina and tolernace of epic missives about nothing in particular, I guess. Anyway, here’s a picture of Brendan and me looking dishevelled from that particular night. Stomach it if you can. 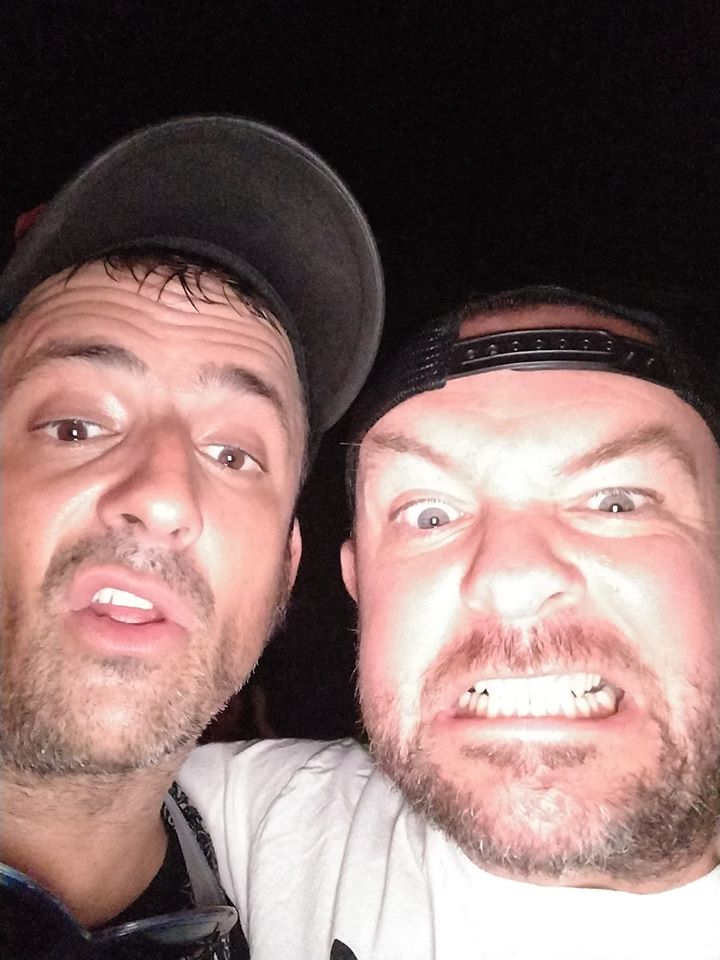 Anyway, to the matter at hand, I suppose. Keep Walkin’ Pal is the second Wandering Birds joint, following on from debut I’d Rather Die Than Live Forever, which dropped way back in 2012. This time out our dude is joined by Derek Grant (Alkaline Trio), Dan Tinkler and Nick Martin. This outing has a slightly different sheen to it than the previous effort, courtesy of some inspired synths that add a variety of edges to certain tracks, from the jauntily buoyant (Boardin’ USA – which cheekily and effectively borrows it’s hook from Surfin’ USA) to the sinister (The Ballad of Buffalo Bill which I’m gonna assume is an allusion to the killer from The Silence of the Lambs) to the sleazy (The Lies). On Up In Them Guts, Kelly assures us that he’s a dirty old man with a dirty set of dreams (I’m oddly left wondering if this is some kind of bizarre ode to one Mandy-Mae from the Dr Dre / Snoop Dogg epic, Bitches Ain’t Shit?) – and you’ll kinda believe it.
Having recently seen our dude BK bust some of these dogs out live, I can verify they translate to a live fora very well. This is a very enjoyable and creepily compelling foray into our hero’s imagination, and very much worth a half hour of your time. Particularly if you are an enthusiast of all things Lawrence Arms related. Although if you aren’t a fan of metaphorical squalor you’ll probably want to swerve it. Legit. Tony of Nurgle rating 9/10.

This ‘n drops on the 26th October. You can hook it up from Toby Redscare on LP. Alternatively you can get it from the Wandering Birds bandcamp page as a digital download.