Matt Pike and co. now have eight albums floating around in the doomy thrash ether, all of which still stand up. They can also boast of working with the likes of Albini, Endino and now Kurt Ballou, who never fails to get that punchy drum sound, like being slapped in the face with a freshly caught, record breaking 46lb Pike (ha) and not forgetting those monolithic guitars, positively contaminated with low-end filth.

Electric Messiah has the aforementioned elements in absolute spades and every track does not let up. 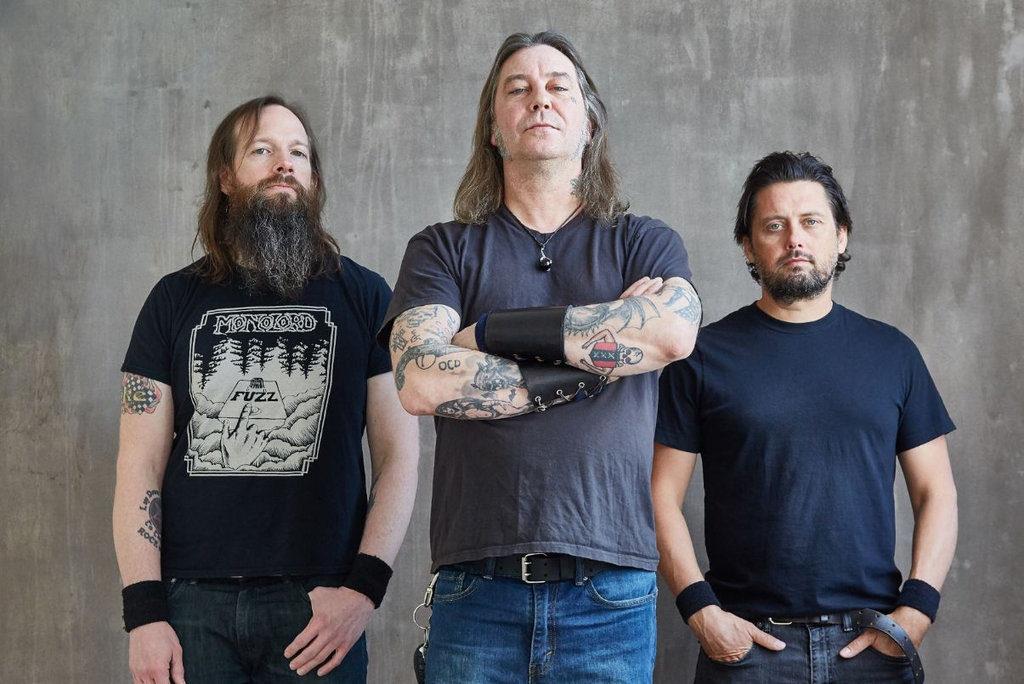 Spewn From the Earth sounds like it has been spewn from Motorhead’s whole back catalogue, packed with energy and superbly tight rhythmical riffing, followed by atmospheric changes and a solo, which unfortunately is quite low in the mix. The first half of Steps of the Ziggurat/House of Enlil evokes images of having to climb one of the ancient monuments and the second half puts one in mind of throwing yourself off. I must admit, I did like the references to the Sumerian empire – epic songs deserve an epic narrative – and this can definitely be seen in refrains such as, ‘Reckless abandon the overlords / The sigh of landing indigenous hordes / Plunder abundance demands the blackened swords / Genetic workers endure our earthen toil.’

The Sabbath-eqse opening of God of The Godless is the absolute zenith of the album, especially when it pounds its way into a thundering tirade of rapacious riffery. A definite stand-out moment. Without any doubt this is High On Fire’s best offering yet.

Listen to the full album on the bandcamp player below:

You can pick this up on digital download from the High on Fire bandcamp page. Physical copies are available from the usual outlets on LP and CD.