I’ll just get this out there now. What a total mosh of an album!

My first reaction to hearing Browbeat was that they weren’t really up my street. The opening track The New Slavery Nation had that seriously modern guitar sound to it and seeing that I am totally stuck in my musical ways, I just knew I wasn’t going to get on board. Track 2, The Labor Blackmail started with a totally Lamb Of God riff that I figured was just going to be churned out for the remainder of the album.

But… by halfway through that song I felt like the band had told me to shut my fucking mouth and sit down.
This album is relentless. It beats down hard! The riffs and rhythm all the way through the album just keep coming with the intent to cause you serious damage. I would say this album is akin to being freight-trained. Run over, just like a freight train would. Only with these guys it’s worse, because a freight train doesn’t come back to finish the job. 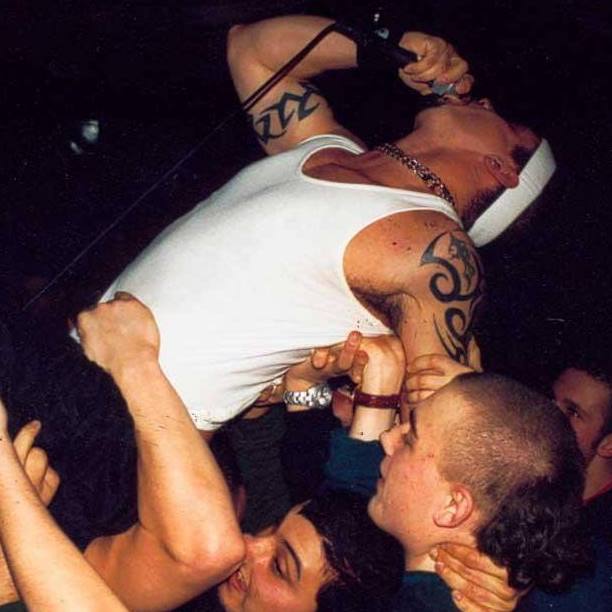 At least though, there is the brief opportunity to catch your breath during the track Nothing More and Nothing Less, before being pummeled again. This track also blatantly displays the message which the band are pushing throughout the album. The track is a sample from the film I, Daniel Blake and seems to be highlighting the plight of the everyman against the day to day social injustice which is prevalent in the modern world.

Whilst there are no personal standout tracks on the album, I would strongly advise anyone with a taste for brutal beatdown hardcore to just sit back and take the whole monster-riffing album in. Either that or front flip off the back of your couch while finger pointing, non-stop.

I honestly can’t say how impressed I was by this album. Maybe it’s because I don’t get enough hardcore down me nowadays, but I’ll let the rest of you be the judge of that anyway. My advice? Get listening and somebody get this band over to the UK sharpish.

This album is recommended for fans of Hatebreed, Madball, Merauder, Lionheart, Biohazard and early Machine Head.

Pick this up from Indelirium Records